As I washed my face today, a memory sprang from the depths where  I store the nuggets that I can’t or won’t relinquish.  This one carried the sweetness of a mother’s realization that her bird has flown.  I drew in a deep breath and savored it for a few moments, then continued with my day.   But the memory floats near the surface now, lifting my mood and carrying me into the day more lightly than I might have stepped.

My son and I had a special bond with my cousin Paul Orso so we met in St. Louis for his funeral.  One of us had forgotten some toiletry item.  Usually we can assemble a full complement between us; we use many of the same brands.  But we fell short on this occasion, so he, my sister Joyce, and I took a detour to CVS.

As we walked in the door, we came upon a short woman behind a demonstration table.  She peddled “Simple” products, a brand purporting itself to be natural or better for your skin.  Crisp, fat, bottle-red curls clustered around her small skull.  Her face bore a Revlon stamp, thick foundation accentuating the lines of age; dark lipstick lining a narrow mouth.  I turned away from her extended hand, thinking,  I hope to God that I don’t have to peddle cosmetics when I’m seventy.

I saw my son pause in front of the woman, reach out his hand, and take the coupon which she offered.  “Patrick, come on, we don’t have much time,” I called to him,  He looked back with a glance that struck my heart.

“Mom, I’ll be right there,” he responded.  Then he turned his smile on the elfin lady.  I waited a few seconds, then continued to the personal products aisle.  His voice followed me:  “Thank you very much,” I heard him say.  “Now, which one would I get if. . .”  I didn’t stop walking.  I didn’t hear the rest of his question.

He joined me a few minutes later.  I saw him bend down to the row with the “Simple” line.  “The store brand is probably cheaper, even with her coupon,” I told him.  I lifted a tube from the shelf.  “Look, see.”

In the check-out line, my son placed his items on the counter and then took my selections from me.  He swiped his card to pay for the lot, after tendering his coupon.  As we exited the store, he stopped beside the Simple lady’s table.  “Thank you so much for the advice,” he said.  He gestured with the bag.  “I’m trying what you recommended.”

We didn’t speak of the incident.  It sank into the dark recesses of my mind, a seemingly trivial moment in the life of mother and son.  When I got back to Kansas City after the funeral, I discovered that my son’s Simple face cleanser had gotten packed in my suitcase. I added it to my bathroom stash.  When I ran out of my normal face wash, I started using it.

It’s been three years since my cousin died from complications relating to his ALS — three years since I walked away from the sight of my son’s head bending down to give that woman his full attention while she explained the benefits of Simple products.  Today, as I  washed my face with yet another bottle of Simple, I realized — not, by any means, for the first time — that my son grew into a splendid man despite my worst efforts.

It’s the twenty-ninth day of the fifty-third month of My Year Without Complaining.  Life continues. 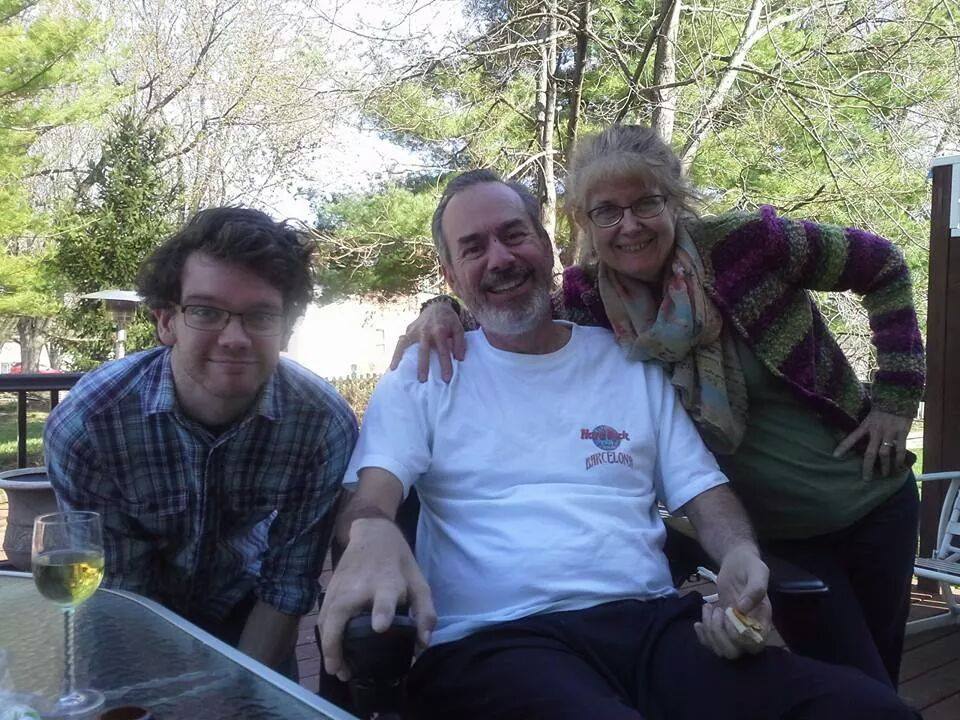