The direct consequence of being ill for two days turns out to be awakening at 2:30 a.m. on the third day, aching from not getting exercise and hungry from not consuming enough calories.  I lay in bed until the birds began their morning song and then made my first pot of coffee since Friday. I carried a cup to the porch and watched the sun rise, wishing my porch had been built on the east side of my house.  But then, I reminded myself, I would miss the glow of the setting sun over the river.  It’s always something.

By 6:00, I had scrolled through social media and reposted a few stories, the most notable being a long list of links to help protest the separation of children from their parents by ICE.  I pegged through links to try to find original source material about the 1,475 migrant children for whom the U.S. government cannot account.  It seemed to be true.  My stomach ache returned and I wondered if it was too early to text my son.

I forced myself to wait to make breakfast until the sun had fully risen.  I took a second cup of coffee outside and photographed the neighbor’s flag, still waving over the RV which she and her husband had to vacate due to a fire in the kitchen.  I shook my head at the tender sight.  She escaped unharmed.  I watched the reunion between wife and husband when he parked his car behind the fire marshal and ran to her, the car door swinging open, the motor still running.

In my house in Kansas City, I always flew the American flag, 24/7/365, with a flood-light shining on it all night.   I get my patriotic spirit from my father.  He served in World War II.  He walked the Burma Trail with the Mars Men, mule skinners from Missouri and elsewhere, tasked with the onerous burden of clearing the way for supply trucks.   As my father told it, they completed their mission but not until six months after peace had been declared.  The Army whisked them home, forgotten soldiers, considered an embarrassment perhaps.  I’ve read enough to know that what they had to do would scar a man for life.  I don’t excuse what he became, but I understand it.  I cannot help but think him brave.

My oldest sister, Ann, also served.  She spent 1969 – 1971 in Korea as a nurse.  It would be decades before it occurred to me what types of injuries she must have treated so close to Vietnam at the war’s height.  I’ve never asked her about it.  She’s never volunteered to talk about it.  Now she spends her free time in Guatemala, doing medical work but also teaching women to spin, weave, and sew.  I’ve always wanted to be like her.  I have no idea if she understands how much I admire her.

When I lived in Arkansas, the townspeople decorated every grave on Memorial Day.  They brought small flags, pots of flowers, and photographs.  I never went.  My people all slept in cemeteries north of there.  In recent years, I’ve visited the graves of my in-laws, most weeks and certainly, on every national holiday.  My father-in-law served.  I placed a new flag on his grave in April, knowing that I would not be back this weekend.  A dear friend has promised to visit today, to make sure the flag still stands.

I voice a lot of criticism about the events taking place in America these days.  I have another page on which I write about political issues but this blog focuses on my #journeytojoy.  So here, I will speak only of the beauty which surrounds me — the song of the crows; the flight of the gulls; the sweet air rising over the meadow.  I woke up this morning, which is more than many can say.   And so far, I live free enough to enjoy my days.   I’ll take that.  I’ll take that, with thanks to those who fought and died believing in our freedom and in the American dream.

It’s the twenty-eighth day of the fifty-third month of My Year Without Complaining.  Life continues. 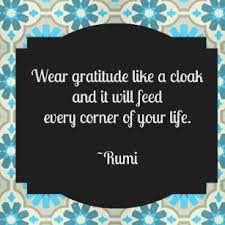