I came to the realm of writing for the public in a roundabout way.  My second marriage had deteriorated.  We lived apart though we would not divorce for another year.   My son had gone to Mexico as part of a student exchange program.  I found myself living alone for the first time since 08 July 1991.  I sat on my front porch early that morning.  I sent  a post of World War I poetry to my lawyers’ listserve.  Thus began my weekly missive, which would morph into the Saturday Musings.  I moved to my own website and blogged as the Missouri Mugwump until the end of December 2017, having started this blog at the beginning of 2014.

That husband had once cautioned me never to show him my writing.  He assumed that my work would be awful.  He feared that he would either have to hurt my feelings or lie.  Later, as an avid reader of the Saturday Musings, he announced that I had “found my voice”.  I  could think of no reply.  I simply thanked him for saying so.

My third husband, whom I met after I started the Saturday Musings, asked me to keep writing “such beautiful words until the day we die”.  I promised to do so.  I always keep my promises.  I am still alive; I’m still writing; and I still strive for beauty.  I do not think he reads my blog anymore.

Yet I feel no bitterness towards either of these men.  I keep track of their judgment of me only to remind myself that everyone sees what they want to see.  I admit that I have serious shortcomings.   I’ve never been gorgeous or stylish.  I’ve never been anybody’s trophy wife.  I’m difficult, stubborn, opinionated, and anxious.  My chronic pain warps my personality and sullies my disposition.

I married three times and loved all three of my husbands, along with one or two other men whom I met along the way.  Each of them found me wanting, I suppose, because here I sit, alone.  But I keep going forward, convinced that despite these disappointments, I’ve been blessed with a generous helping of joy.

On Monday, a beautiful bank of flowers in our park had not yet bloomed.  By Tuesday, the blossoms had all opened their petals to the sky.  Those flowers will fade in a few days’ time.  Do they regret their brief existence?

I have never been a religious person.  I know only that a divine entity, what my son used to call “the deity of your choice”, seems to shine into my life.  I’ve communed with more than one angel.  My life has been spared from disaster upon calamity upon ruination.  I might be naive, but I believe that some purpose for my existence remains to be fulfilled.  So I keep walking, and like those fragile blooms on their slender stalks, I raise my face towards the sky.

It’s the twenty-ninth day of the sixty-fifth month of My Year Without Complaining.  Life continues. 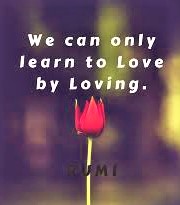