I arrived at HI Fisherman’s Wharf with half a tank of gas in the rental car and zero energy.

The appointment at Stanford on Monday held mixed reviews.  Peppered through the doctor’s Colombia gushing, pronounced in his adorable thick accent, words like “challenged mitrochondria” rolled over phrases like “compound the normal aging process”.  These dire warnings sounded only slightly less daunting when articulated by a twinkling man twenty years my junior who kept patting my knee.  I didn’t have the heart to tell him (a) that’s considered misogynist; and (b)  I can’t feel anything in that knee since it’s artificial.

He adjusted one medication and added another, a controversial “off-formulary” use about which I would murmur and assent to taking but secretly plan to vet.  With cautions like “don’t overdo it” and “you’re no young any more, Missus Corley”, the doctor shooed me down the hallway and scurried into the next room.  I stood at the counter waiting to talk to the nurse about the weird pharmacy requirements back home, feeling discouraged, wishing my flight could be moved to that day.

Ready to be home.

Home.  Where the heart is; where you hang your hat; where everybody knows your name; where my thoughts are creeping but nobody lies silently sleeping.

Instead of going “home”, I drove to San Francisco, to the hostel at Fisherman’s Wharf.  At the front desk, smiling Sarah checked me into the place two hours early so I could stroll down to the cafe and order a salad and a coffee.  The order-taker scouted a chair for me and nestled it by a tiny table.  I gazed over the Bay with my salad balanced on my knee and my electronics off, secured, unbidden.

I did nothing much of anything for hours.  In the evening, I fixed a simple supper in the ADA kitchen, then took my Kindle to the expansive lobby.  After I had moved over to accommodate a woman sneaking white wine from a screw-top bottle hidden in a paper bag, I leaned into the sofa and let the piano music flow over me.  Through slitted eyes, I watched the player, a sixty-something with  iron-grey hair, a weathered face, and a dingy backpack hanging from bony shoulders.  He sang covers of seventies songs and stopped after each one to ask if anyone minded if he kept playing.  No one did.

By nine o’clock, I had crawled under the comforter in my bottom bunk in the women’s dorm.  Just before I slept, a woman named Sammi, from Taiwan (“my parents had a good sense of humor”) recounted her itinerary:  Bus to Los Angeles; then fly to Miami, Havana, New York, and London.  You are very brave, I told her, my voice weary, froggy with sleep.  Nice to meet you, Miss Corinne, she said, the last sound I heard before drifting away.

I woke at five, showered in the ADA bathroom, and made my way outside to the rental car.  An hour later, I sat in traffic, watching the sun rise over the hills, the first leg in my journey home.

It’s the twentieth day of the forty-fifth month of My Year Without Complaining.  Life continues. 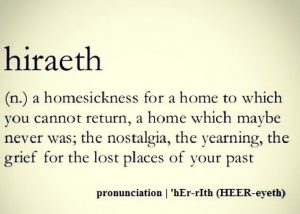