Being a recovering Catholic makes Christmas confusing.  I don’t believe in the divinity of Jesus Christ notwithstanding surviving the great flood of 1996 or whatever year Alan and I made it across the bridge home just before it closed due to the rise of the Missouri.  Actually, that’s a bit disingenuous.  I neither believe or don’t believe; I think it’s irrelevant.  Whatever you envision a divine deity to be, the concept of requiring belief in a particular physical manifestation of the deity would be antithetical to the mere concept of divinity.  More simply put: God doesn’t care if you believe in God’s existence; God just wants you to act divine to the extent possible.

A lady asked my son Patrick, then aged four or five, if he knew whose birthday we celebrate on Christmas.  “Sure,” he crowed.  “Uncle Steve!”  Indeed, Buddy.  Mixed-emotions Reason Number Two For Not Being Totally Committed to Christmas:  My brother, Stephen Patrick Corley, entered the world on Christmas Day in 1959. He exited by his own hand in June of 1997.  Christmas (or June, for that matter) has not quite been the same ever since.

I make the best of it.  I gather friends around and let them wish me whatever their hearts drive them to say.  I’ve celebrated Hanukkah with Jewish friends and Solstice with Wiccans.  I’ve gone to midnight mass, genuflecting in the aisle by habit and compulsion.  My maternal drive for perfection in  my son’s childhood prompted me to adopt any custom that might stick with him and help him believe in something transcendent.  We put out shoes for St. Nick on December 6th, and lit a Mary candle for the Christ child, though I described the custom as secular.  Like, your first visitor after you light the candle symbolizes the goodness you’ll have next year.  I gather the usual suspects around me, now scheduled whenever we can accommodate our children’s busy lives.  This year, like last, it will be in January and I’ll fly to Kansas City for the event.  For the first time, the Gathering of the Usual Suspects will be held in someone else’s home with me as a guest.  I strive to accept but it’s bitter-sweet.

Distilled to its simplest message, Christmas signals a birth intended to bring peace, joy, and love to the world.  The Christian Christ offers salvation and hope.  I’m down with all of that. You’ll get no complaint from me about righting the wrongs of the world and forgiving our trespasses.  Oh, maybe an eye-roll:  The concept of forgiveness has been drummed into the ground.  In fact, let me offer this sweeping absolution to everyone.  I don’t even want to know how you feel that you’ve failed.  I forgive you.  There:  Go in peace.

I don’t have a Christmas tree as of yet, but my son arrives at 4:30 this afternoon and we’ll get one.  The ornaments got tucked into an inconvenient under-mattress storage, but hopefully we can wrestle them out.  I know what I want to get him for Christmas, and I’m in San Francisco with seven hours to kill.  I think I can do him proud.  Or least, find something close to what I imagine, and elicit that gentle smile for which my son has become best known.

We’re spending Christmas Day at the home of my friends Sharon Albert and her daughter Ellen Cox, along with the father/husband and brother/son of the household.  Between now and then, I hope to take Patrick to the mouth of the Russian River, just north of Jenner, I drove to that point a few months ago, and its beauty still haunts me. I want my son to understand why my soul felt compelled to move to this magnificent place.

On Saturday, we’ll commune on Pattie Whitaker’s corner lot with my new neighbors.  I feel accepted there already.  In a way, no other place could offer such unconditional welcome.  The folks who live in Park Delta Bay have no pretensions or illusions, not about life, each other, or themselves.  They’ve stripped life to its essence, whether from necessity or passion.  I like that.  I relate to that.  I feel that I’ve found my kindred spirits, or an assortment of them, at least.

In a little while, I’ll go downstairs and partake of the free Best Western breakfast.  Then I will check out, and find what I need in little stores somewhere on El Camino Real.  At the appointed hour, I’ll make my way to the Cell Phone Lot at SFO, and then I’ll swoop through the mass of arriving visitors to snag my progeny.  We will make our way to Angel’s Haven, in the Delta, on the banks of a timeless river.  I’ll hear about his life in EVanston, and talk of the life which I hope to create in my new venue.  After a while, we’ll fall silent.  I’ll raise my cup and offer a toast, to absent friends.  He’ll meet my sentiment.  He always has, and he always will.

It’s the twenty-first day of the forty-eighth month of My Year without Complaining.  Life continues. 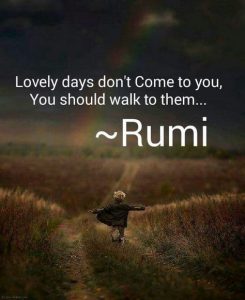 I can’t take credit for the title of this blog entry.  I borrowed it from Joni Mitchell.  Here’s a haunting version of her song, “River”,  by another perfect singer, Sarah McLachlan.

2 thoughts on “Coming on Christmas”