Lunchtime.  Rio Vista, California.  Two women in their sixties sitting with the river to the south and winding westward to the Pacific.  One makes a casual comment about saving time.  The other says, “Now that’s a Little Prince moment,” and startles at the look of unknowing confusion on her companion’s face.(Fn)

A phone comes out.  A search ensues.  The book has come into the public domain and can be found in PDF form, complete with original illustrations.  Quotes flow and then, suddenly, more questions tumble out.  “if you have not read The Little Prince,” she asks, “is it possible that you have not read other wonderful literature to which I can delight in introducing you or lament that you’ve gotten to middle-age without enjoying?”  Titles spew forth, greeted with slight headshakes.

So here I sit, casting about in a sea of words.  Millions and millions of words, formed into books, the reading of which has brought me so much pleasure.  I give you my list of twenty books which significantly impacted me.  You do not have to have read them to be my friend.  However, I would not be who or what I have become without these and other works by gifted writers and observers of the world in which I sometimes struggle to survive.

I do not list them here in the order in which I read them or in sequence according to their importance to me.  Rather, the first few march onto this page in the order in which they occurred to me during the short stroll from The Point to the parking lot.  I put aside reflection on this list for the afternoon of work.  I resumed after dinner, with the whistle of an evening bird drifting through the open door on air scented with the fragile perfume of a day’s mowing.

I have gathered knowledge from these works.  I recognize that I still have much to learn from whatever source.  But here lies the foundation of my growth.  Some of these books struck me because of the lyrical rhythm of their language; some for the power of the message; some for a disturbing story or a moving, gentle narrative.

My father taught me to read at around age three.  He sat me on his lap at the breakfast room table and held the St. Louis Post-Dispatch out so I could follow along with his voice.  My parents had been told that I might never walk again after an illness the prior year.  I later heard over and over how they figured that they needed to prepare me for a life of invalidism.  Instead, they gave me the greatest gift imaginable:  A passport to a universe without borders.

I’ve listed twenty works, but I could continue until the last hoot of the owl in the trees high above the park.   I hope that somewhere — on this list, on your own shelves, or at your local public library — you find sustenance.  My deepest wish for you:  That you discover writing in which you  become delightfully lost; and from which you emerge smiling and joyful.

It’s the thirteenth day of the eighty-eighth month of My Year Without Complaining.  Life continues.

1. The Little Prince, by Antoine de Saint-Exupery
2. Call It Sleep, by Henry Roth
3. Smilla’s Sense of Snow, by Peter Høeg
4. If On A Winter’s Night A Traveler, by Italo Calvino
5. Emmy Lou: Her Book and Her Heart, by George Madden Martin
6. Stranger In A Strange Land, by Robert Heinlein
7. One Day In The Life of Ivan Denisovich, by Alexander Solzhenitsyn
8. The Prince of Tides, by Pat Conroy
9. The Prize Winner of Defiance, by Terry Ryan
10. What Maisie Knew, by Henry James
11. My Antonia, by Willa Cather
12. Paula, by Isabel Allende
13. A New Life, by Bernard Malamud
14. The World in the Evening, by Christopher Isherwood
15. The Heart is a Lonely Hunter, by Carson McCullers
16. Love and Obstacles, by Aleksander Hemon
17. Dibs: In Search of Self, by Virginia M. Axline
18. All Quiet On the Western Front, by Erich Maria Remarque
19. The Awakening, by Kate Chopin
20. Non-Violent Communication: A Language of Life by Marshall Rosenberg 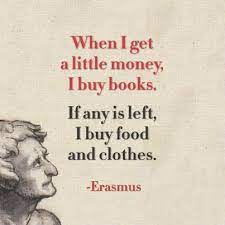