I keep hearing about the Opioid epidemic.  I ask myself, Do these commentators understand how this happens?  How a person can wake up one day and find themselves in an utter fog, devoid of connection, unable to focus or express emotion?

I experienced this awful condition.

I started taking painkillers in 1970 for menstrual cramps.  At the age of 15, my then-OB GYN prescribed Darvocet, a combination of Darvon and Tylenol.  Though I did experience heavy bleeding and severe discomfort, I don’t think that  I really needed strong prescription painkillers.

This is the same doctor who gave my mother Premarin in 1984 for a weird vaginal discharge despite the fact that she had gone through menopause about 15 years before then.  He told her she needed something for anxiety due to ‘female issues”. He ignored the green gunk spewing from her body.

So I should not be surprised that my measly cramps drew his pad to the steel desktop and garnered a scrawled signature.

Over the years, many doctors used various medications for the pain in my legs.  I got hooked on Valium long before the 60 Minutes expose.  As I aged, I began to juggle Percoset with Vicodin, ostensibly because the two drugs differently impact the efficacy of blood thinners, which I also take.

As the twenty-first century unfolded I had embraced these drugs as a way of life.  I juggled the pills, every four hours, alternating one pill from each bottle nearly around the clock.  In truth, the pain in my legs warrants remediation and no doctor questioned my need.  So I did the dance, and balanced my job, my child, and my marriage.  The fog began to raise its sneaky tendrils and entwine itself around my mind.

I entered my fifties full-throttle, working hard but struggling.  Probably I suffered from depression.  I spent seven weeks in the hospital after a knee replacement.  I recently read a report that my son wrote for fourth grade. It said, My mom got a knee replacement and if you think that’s easy, it’s not.  I succumbed to pneumonia the day after I got out of surgery.  The therapist dragged a humongous machine into my room, insisting despite my fevered state that I allow her to strap my leg into the vicious mechanism.  I lay with tears streaming down my face, flushed, wracked with labored breathing, sobbing.  You’ve got to make 90 degrees before we let you go home, they insisted.

I pressed the button on the machine by my side and a tired, listless aid brought morphine.

By 2005, I had gained sixty pounds and my drug usage had doubled.  My second husband had suffered a catastrophic accident, lying clinically dead for two consecutive four-minute periods.  I had become his caretaker for the fifteen months following that tragedy.  His resentment compounded my despair.  I started using the lovely opioids to help me make it through the night.

My pain arises from a post-encephalitic state.  But my drug dependence had a different origin.  My chaotic childhood, an abusive father, college-era rapes, a flagging self-esteem.  Spin the wheel and take your pick.

I hit 182 pounds six months before I learned about my husband’s newest girlfriend.  I stared at the throw-away cell phone that I found under the couch.  I leaned on the crutches that I had to use because he’d backed his motorized wheelchair over my foot and had broken my ankle.  The text she had sent him described their relationship in embarrassingly frank terms.  I called him at work and told him that I thought he should come home.  Right away.  While I waited, I took a pain pill from the bottle conveniently supplied by the Emergency Room doctor who had no idea about the stash in my bathroom.

After the separation, I decided to lose weight.  As the pounds dropped, the pain in my legs eased but I did not cut down on the Percoset, the Vicodin, and everything else that I stowed in the upstairs cabinet.  My pattern did not relent.

I lost the weight and came away from that marriage adept at driving under the influence.  I never exceeded either drug’s allowed dosage; rather, I persuaded my doctor to keep increasing the number of pills dispensed.  In truth, I needed some help with pain, but I took the drug mostly to avoid dealing with the shambles that my life had become.

I launched into Marriage Number Three weighing 101 and popping pills without stopping.  I didn’t talk to anyone about it.  Not my husband, not my sister, not my son.  No one knew. I am not sure that I even realized that I had become so entrenched in the use of those dangerous substances to abate my emotional instability.  Sadly, they didn’t really help any of the pain but the fog thickened and I could ignore what I felt.

So I cruised into the 20Teens disconnected — from love, from sex, from food, from friends.

Then my sister started PTSD therapy, and my mother-in-law began her long slow descent into dementia.  I tried to help them both and instead, failed them both.  Along the way, I jacked the drug dosage so high that my doctor summoned me into his office and quietly called me on the carpet.  My mother-in-law slipped away while my sister disgorged her terrible bile, story after story of the despicable acts that our father had done to her.  And of course:  To me.

The fog overtook me as the perfect storm hit.  But I could not feel a damned thing.

Six weeks later, my husband left me.  And I could feel every speck of the devastation that his departure levied on my shaky self.

I stayed clean, including rejecting pain pills after a tooth abstraction to the shock of the oral surgeon.  I’ve gone through yet another divorce.  I’ve completely shaken the sad veil of that insidious fog.  I miss having a companion but I understand why he left.  I’ve let the hidden barbs of everything that I suffered rise to the surface.  I’ve extracted them, one by one, torturously.  The wounds festered and I applied whatever salve I could put to hand, but I’ve never gone backwards.  I haven’t turned to alcohol, or food, or street drugs although I’m sure I could find some.  My brain thinks, my nerves feel, my heart aches.

I hear that prescription drugs no longer account for most of the American Opioid epidemic and I’m glad for that.  But It’s real, nonetheless, whether from a pharmacy or a pusher.  So believe it. Fear it. Fight it. Watch for the fog and if it creeps into your life or that of someone you love, ignite a bonfire and burn it off. Your survival hinges on your willingness to jerk open the blinds and shine a blazing light into the bleakest corners.

It’s the sixteenth day of the forty-fourth month of My Year Without Complaining. Life continues. 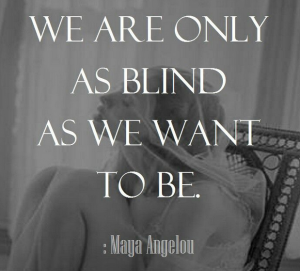