I had some successes, some failures.  Children in Juvenile Court whom I represented found permanent homes or reunified with their parents.  Some parents whom I represented both “in big court” and “in family court” sailed in my small boat to a satisfying ending.  At times, I helped friends figure out what they needed.  I served a few meals, entertained my cadre of women now and then, and faced the world clear-eyed and open-hearted.

I met some awesome people in the last three years.  Some sat across a desk or a courtroom table.  Others hoisted pictures onto the walls of my office.  A few waltzed into my life on the arms of long-time friends or cradled in a car seat beneath a new parent’s beaming smile.

Disappointments abounded as well.  One of the most keen came recently, when I spent ninety minutes with a battered woman explaining the law which could protect her, only to learn that she has gone back to her abuser.  She claimed “he only hit [her] once” but the darkness of her eyes told me otherwise.  She had gotten her children to safety.  I sent her out of my office with a copy of “How To Survive The Loss of A Love”, and some intense advice to contemplate.  A week later, the mutual friend who introduced us let me know that the woman had gone “home”.

I can only pray that whatever happens will not require one of her children to hit the panic button while she lies bleeding on the floor.

I’ve not been what some demanded that I should be.  I’ve picked my way carefully through every challenge.  Though I’m sure some would disagree, I know that honor has been my guide.

Today I explained the concept of “gaslighting” to someone.  It isn’t just lovers who pull this tool from their arsenal.  Friends, co-workers, clients, spouses — any of these can try to convince us that our perceptions are not valid.  Today the person to whom I gave as good an explanation as I could responded with a series of  rapid nods.  He tells me it’s all my fault, she said.  When something goes wrong, it’s never because of him.  I understand, I told her.  I get that.  People hide behind their bitterness, their inability to deal with their own failures.  It can’t be their fault, so it must be yours.

I stopped blaming other people a few years ago — as 2014 drew to a close in fact.  I’m not even sure it’s about blame.  The slammed receiver, the hysterical voice, the knotted stomach — is it about blame?  Or just grief?  I understand that I disappoint some, but for my entire life, I have done everything with as much grace as I could  muster.   I had to assume that others did as well.  That guides me to put aside the twins of shame and blame. I give my best.  I measure carefully.  I stand beside you.  I watch you walk, and if you fall, I’m there as quickly as I can.

By the same token, if you brush away my hand and stumble forward, I’ll let you go.  You find your stride.  I accept when you don’t need me, or when you think I’m not enough.

I took these concepts out of 2014.  They’ve served me well these last three years.  I polish their shafts and slip them back into my quiver, and soldier on.

It’s the nineteenth day of the forty-fourth month of My Year Without Complaining.  Life continues. 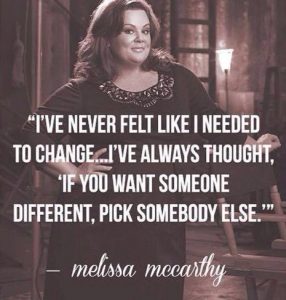