I  love a good day at the thrift store.  I’ve been engaging in significant self-editing but the stroll through the aisle still affords the twin thrills of hunt and discovery.  Yesterday, a specific purpose drew me to Goodwill.  I needed frames for two pieces of art that I purchased from Delta artists Char Hall and Isabel Dresler. I felt a little shabby buying second-hand frames, since they own a frame shop in Walnut Grove but there you go.  I told them in advance what I intended to do, and they sold me the pieces anyway so I guess I got their permission, however grudgingly offered it secretly might have been.

I fought with the door coming into the store.  Such small efforts often confound me.  Those doors weigh more than I do sometimes.  A departing customer jumped forward to help, then grinned as I thanked him more profusely than perhaps he thought warranted.  But we do so little for each other in the world; I tend to over-compensate to encourage the trend.

I found suitable frames for three dollars each at two different spots in the sizable Art, Frame, and Mirror section.  I moved through Clothing, of which I need none.  I happened upon a respectable pair of slacks for three dollars on the color-of-the-day fifty-percent off sale.  An orange silk dress tempted me for two or three minutes.  It stayed in my cart until I saw a bag that I couldn’t resist.  I know, I know; I have a bag problem.  But this one seemed special and for $5.99, certainly made the cut.  (I found out later how special it was:  Original retail price, $398.00 at Nenaandco.com.)

At the counter, the lady asked if I wanted to round up the 23 cents to the nearest dollar.  I told  her, round to the next ten, and she said, but that would be a dollar twenty-three donation.  I nodded.  The gratitude which she expressed rivaled what I had given the guy at the door.  Just desserts in reverse.  I turned to exit, my purchases nestled in the large, flexible basket that I bought for winter boot storage (five bucks) in the cart which I had permission to take from the store (on condition of return to the sidewalk).

I smiled at the tiny woman with her mound of children’s clothes paying at the register next to me.  We had crossed paths several times, excusing ourselves to pass in the narrow aisles.  She wore a wool sweater similar to one which I had years ago, by the ethereal brand Sleeping on Snow.  I couldn’t get beyond her because another customer straddled the narrow passage with her cart while she whisked through a rack of blouses.  Excuse me, I said, probably too low to be easily heard over the Christian Christmas music playing on its endless loop.

Her rapid progress through the merchandise continued unabated.  I tried a louder tone.  Still no response.  The lady in the Sleeping on Snow sweater leaned forward and tapped the other woman on the arm, garnering a swift and angry reaction.  A conversation ensued in a language which I could not understand.  I got the point though:  Conciliatory on the one side, accusatory on the other.  My savior gestured in my direction but the other lady just continued to blast her for the gentle tap.  I leaned forward and said, again, excuse me, adding, I just need to get out of the store.  She didn’t turn her head.  She just kept yelling at the little lady while the cashiers began to congregate and murmur.

Eventually, my champion gathered allies in whatever language they all spoke.  I started to look for alternate routes.  I began to turn my cart around, but the group cajoled me, No, no, come forward, here, let me help, by which time, it became obvious to the lady whose cart blocked mine what they were trying to do.  She adjusted her own cart minutely, and, eventually, I escaped.  I just kept muttering over and over, thank you, I’m sorry, thank you, so sorry, until I got to my car.

Later, at Sprouts, I put a bag of donated food in my cart.  As I paid, the clerk expressed appreciation for my gift.  She transferred the pre-packaged items into a large bin, and bagged my other purchases.  I stood for a while studying all of the food being donated by Sprouts customers.  A memory surfaced.  My brothers and I came home from school one day to find a box of food on our door step.  We dragged it into the living room and called my mother at work.  When she got home, she took the items out one by one, stacking them on the counter.  She stood, silent, shaking her head.  Then she put the food away and started making dinner, as darkness gathered outside our home, in the cold of a Midwest winter night.

It’s the first day of the seventy-second month of My Year Without Complaining.  Life continues. 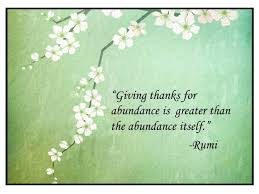 Click HERE for Feeding America to donate or find a food bank near you.

Happy Holidays.  Be safe. Be warm. Be joyful.