I keep buttons, and love letters, and folded scraps of fabric from projects that my mother started before dying.  I keep the sweaters that my mother-in-law gave me in the early days, before she slipped into the dreamy stage of dementia.  My drawers still hold photos and trinkets — fewer drawers, fewer photos, but still.

When I went tiny, I culled bag after bag of the flotsam and jetsam of my life.  I had no idea how much of a keeper I had become.  My son’s school papers; wedding photos with a painfully younger self and three different men over the years; the scribblings of a woman who wanted so badly to write.  I spent an entire week looking at every blessed page of every album and each card, every cardboard cut-out memento of the life I had led.

On one of my trips home, I smashed my sewing box on the concrete floor of the storage place. I lamented its apparent destruction.  It’s a cherished antique which my mother gave me, and much of its contents came from her own collection.   My friend Sheldon repaired it; and his wife Paula nestled all the spools of thread and packets of needles into its compartments.  I hauled it back to California in my suitcase last time I traveled to Kansas City for work.  Today I got it down to stitch a tie onto a chair cushion.  Afterward I reorganized its contents.

I realized that my mother, too, had been a saver; and that I perpetuated the legacy.  I stared for a long time at the pile of “extra button” packets, some from her, some from me.  The likelihood of ever needing any of them has grown slim.  I started to cram them back into the box, but realized that the buttons themselves could be saved without their sleeves.  Fifteen minutes later, a pile of paper and plastic had dwindled to a handful of sweet little buttons in three small boxes.  I put the debris in the recycling outside and poured myself a cup of coffee.  I gave myself over to thought.

I am a saver. But  I think I’ll refine the criteria for what I will keep.  I’ll save pledges of friendship and love; the memories of warm embraces; and images of welcoming smiles.  I’ll cherish the throaty sound of my mother’s voice  and the lingering echoes of children’s laughter.

I’ll let go of grudges, and judgment, and nasty sideways cracks.  I don’t need cobwebs or clutter. I don’t have room for pain.

From this day forward, I’ll only keep the treasures. Everything else gets tossed in the dumpster and hauled away with the rest of the trash.

It’s the fifteenth day of the fifty-fifth month of My Year Without Complaining.  Life continues. 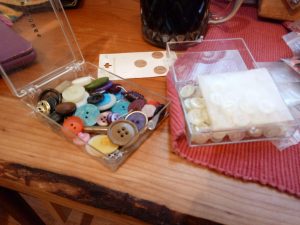 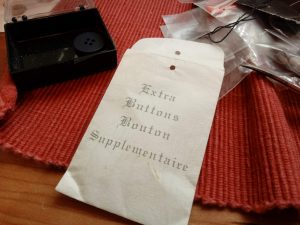 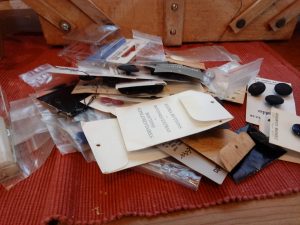 When my brothers Frank, Steve, and I were small, my mother sang us to sleep with a song about Christopher Robin.  I knew it came from “Winnie the Pooh”, but I thought she herself had set it to music. During my son’s childhood, I sang the same song.

I recently discovered versions of it dating back to 1939.  This recording done by Shirley Temple Black most closely resembles my mother’s rendition.

One thought on “Separating trash from treasure”