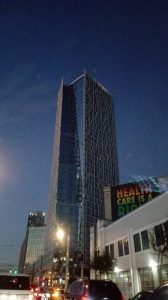 The girl at the counter says, Can I help you? and pulls her sweater sleeves down over her hands.  I shift my computer bag and ask why the cafe has not yet opened.  She shrugs and laughs, and then says, breakfast is downstairs today.   Her accent tells me that she comes from France and I think about my neighbor Louis.

I know from experience that the stairs to the downstairs kitchen pose too great a risk, but the ADA kitchen has no coffee pot.  I ask if there is somewhere else to get coffee.  The girl shrugs again.  I wonder if she does not understand me.  I tell her that I want to make coffee in the ADA kitchen and she suggests that I boil water.  I ask, is there a coffee pot or a drip cone that I can use? and she says, We just boil water, and I know that she and I have reached the end of our ability to communicate.

The clerk next to her mutters something.  The French girl says, “Oh, I see,” but not in my direction.  They confer as I edge toward the exit, then the girl says, I can go downstairs and get you a cup of coffee.

I shouldn’t have bothered.  The coffee she brings is clearly instant, almost cold, and in a thin paper cup which bends when she hands it to me.  But I smile and thank her.  She goes back to pulling at her sweater and I move outside.

The city spans before me, wide and silent.  I watch a tanker glide through the bay, straining to see if I can catch a photograph.  I think about the ships which we see in the San Joaquin, not as close but probably smaller than these.  A man whom I know here says that the ones which come upriver to Stockton don’t spend much time on the sea.  But still, they form a link in an endless chain of commerce which connects my every day life to this city by the Pacific.  The tanker moves out of sight and I wonder what she carries, and where she will empty her hold. 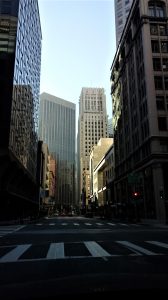 I spend the day with my friend Joyce and her wife Jane, in their amazing house on one of the iconic hills of San Francisco. I move through their rooms, awed by Jane’s astounding art. I stand on their balcony and try in vain to capture the stunning skyline with my little Canon.  I want to drag a cot outside and stay there forever.

Later I meet Kimberley for coffee.  We’ve both moved to Northern California from Missouri.  We love it here, but we acknowledge, if only to each other, that we’ve struggled to adjust.  We watch a gaggle of nearly identical thin girls primly sitting on a bench in the chocolate shop.  Kimberley hands me a cookie and I take an extra large bite.

In the evening, I sit in the cafe at the hostel with a hummus sandwich, a bag of chips, and a tiny bottle of Pellegrino.  The intermittent bleat of a fog horn reminds me that nothing stops at sea even after sunset.  Voices drift around me — laughter, bits of song, teasing, and earnest debate in several languages.    I’m the oldest person in the cafe by thirty years.  Most of the people my age whom I see at this hostel keep to themselves, in their dorm or tucked into a corner of the common room by the fire.  Here in the cafe, the twenty-somethings gather.  When my walking stick clatters to the floor, several of them scramble to help and I realize, it’s time to make myself scarce.

On Sunday, I ease out to the car with my bags bumping against my legs. My friend Sally texts to see if I want to meet her in Martinez for church, something in which I’ve expressed interest a time or two.  I think about it for a few minutes.  I’d like to see Sally, but that’s no reason to impose on an entire congregation of people who will mistakenly think that I share their beliefs.  I don’t want to mock them.  I text back my gratitude and tell her that I’ll see her another time.  I find a restaurant on Union Street and order eggs, a potato pancake, and black coffee.  An hour later, I head for home, the cityscape at my back, and the wide expanse of the San Pablo Bay alongside me.

I pull into the park before noon, and lift my hand as I pass the kiosk.  Everyone whom I see waves.  When I finally stop, I’m in front of my tiny house, which looks exactly as I left it except for the pile of oak leaves shimmering in the midday sun on the deck.

It’s the twenty-fourth day of the seventy-first month of My Year Without Complaining.  Life continues. 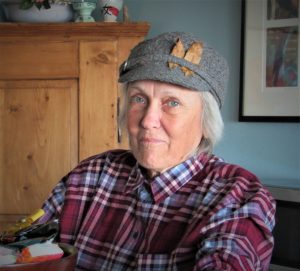 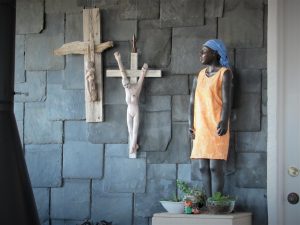 Some of Jane’s artwork. 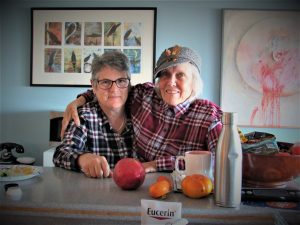