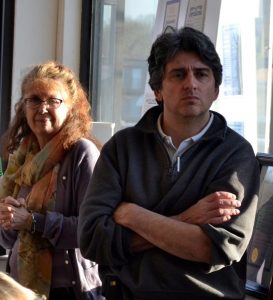 My friend Aneal Vohra and I at the VALA Gallery. Photo courtesy of Penny Thieme.

As I planned my westward retreat four years ago, I chanced to spend a lot of time with a photographer / videographer friend in Kansas City named Aneal Vohra.  With Aneal, I saw the 2017 solar eclipse from a farm in Hutchison, Kansas.  Aneal had scouted the anticipated path of totality and selected the spot that he craved for his work.  Then he charmed the farm-wife into letting him stage his professional gear and shoot the entire eclipse from her front yard.

The memory of that day eternally dwells in my heart.  In addition to being just four months before my scheduled two-thousand mile move, the total eclipse occurred on the 32nd anniversary of my mother’s death.

I approach that date with massive trepidation each year.   Someone once asked me how long it takes to recover from the loss of a parent.   “Forever,” I instantly and fervently replied.  I hoped the coincidence of dates might give me something more positive with which to associate August 21st after three decades of mourning.

I could not have asked for a better companion for the event than Aneal.  A man of extraordinary intellect and immense talent, Aneal favored me with a host of facts about the eclipse as well as allowing me to squint through his expensive cameras.  He also scouted a couple of local shops where we acquired a few trinkets in honor of the day.  I still keep my travel toiletries in a hand-made silk bag adorned with the sun and a laminated business card from its maker.

During our eight hours together, Aneal gave me a bit of brotherly advice.  With his side-training as an intellectual property paralegal, he talked of how I should copyright my blog entries.  But he also spoke about California; and change; and his belief that I would thrive out of Kansas City even though both of us love the area.

Towards the end of the afternoon, Aneal casually alluded to my habit of searching the internet for pictures with which to illustrate my blog.  He delivered a pointed, perfect side-eye.  “How would you feel if I stole snippets of your writing to caption my photos,” he asked.  My heart fell.  I nodded; I allowed as how he had a point; and then clumsily switched subjects.  For my pains, I drew another mild glance followed by a little smile.

A year later, living in California but flying back and forth while I finished my guardian ad litem trials, I had coffee with Aneal Vohra at an Overland Park, Kansas Starbucks.  At some point in the conversation, something he said reminded me of his mild admonishment about illustrating my writing with other people’s photographs.  When I went back to California at the end of that trip, I ordered a beginner’s digital camera, a Canon PowerShot.

I will never be a technically proficient photographer.  But having the Canon has given me an excuse to pause and examine my surroundings.  I’ve learned to look more closely at everything; at the river, at the birds of prey; at the egrets; at the nodding blooms on my overgrown succulents.  I spend a lot of time alone.  I carry my computer and my camera on all of my coastal retreats (along with various volumes of Kansas City poetry, of course).  I strain to frame the lonely fisher-folks and the clusters of swimmers.  I study fathers with their small children and buckets of sand.  I snap shot after shot of sunsets and geese and the majestic ships that pass on the Sacramento River, the San Joaquin, and west of here, on the Bay.

Last night, I stayed outside until well after ten, trying to do some small measure of justice to the full moon.  I tendered the results in last night’s blog entry, which you can find here.  Though I did not intend to try to capture the four-a.m. lunar eclipse, three hours before dawn found me outside on my porch with my tripod, a small flashlight, and my trusty Canon set on Automatic.

I know as surely as I know the familiar touch of the keys beneath my fingers that none of my photographs of the May full moon can hold so much as a flickering birthday candle to anything which Aneal probably produced last night  But I took them.  They are mine — my record of a rare and stunning sight in the southern sky over the California Delta, on a warm, quiet spring night.  I will never win an award with any picture that I take.  But I hope that somehow, at some point, my friend Aneal Vohra will watch these two slideshows and smile.

That will be all the reward for which I could ever yearn.

It’s the twenty-sixth  day of the eighty-ninth month of My Year Without Complaining.  Life continues. 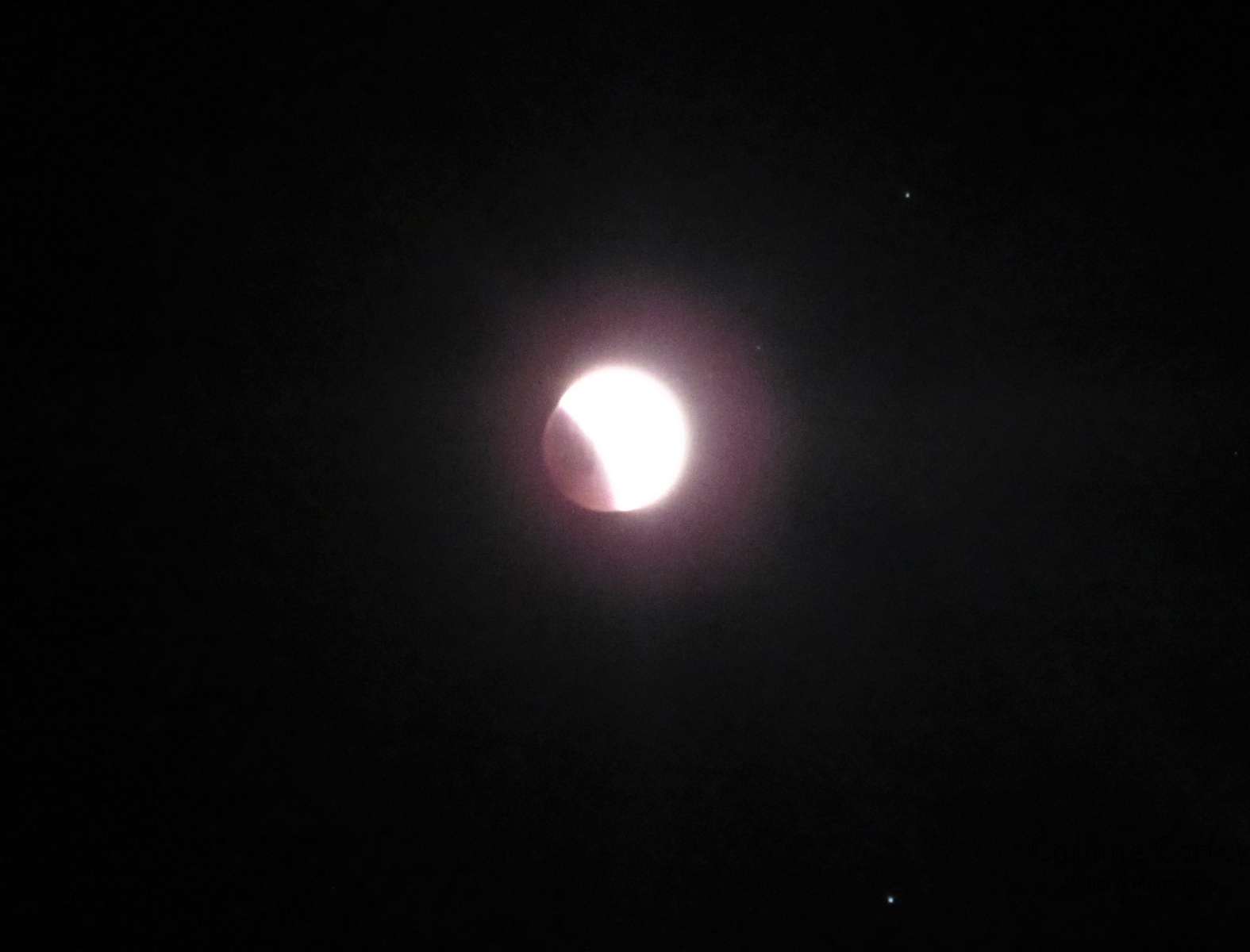 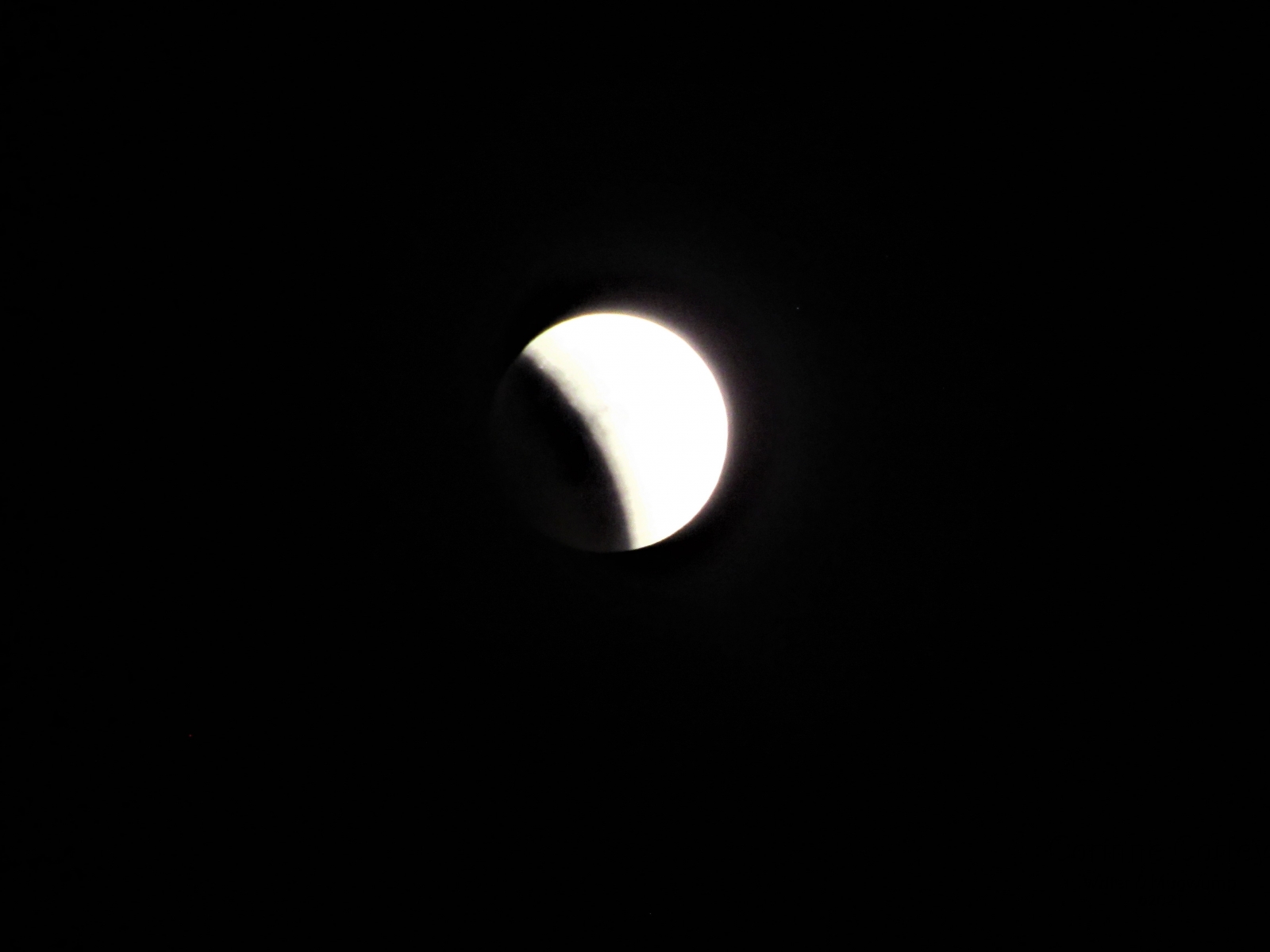 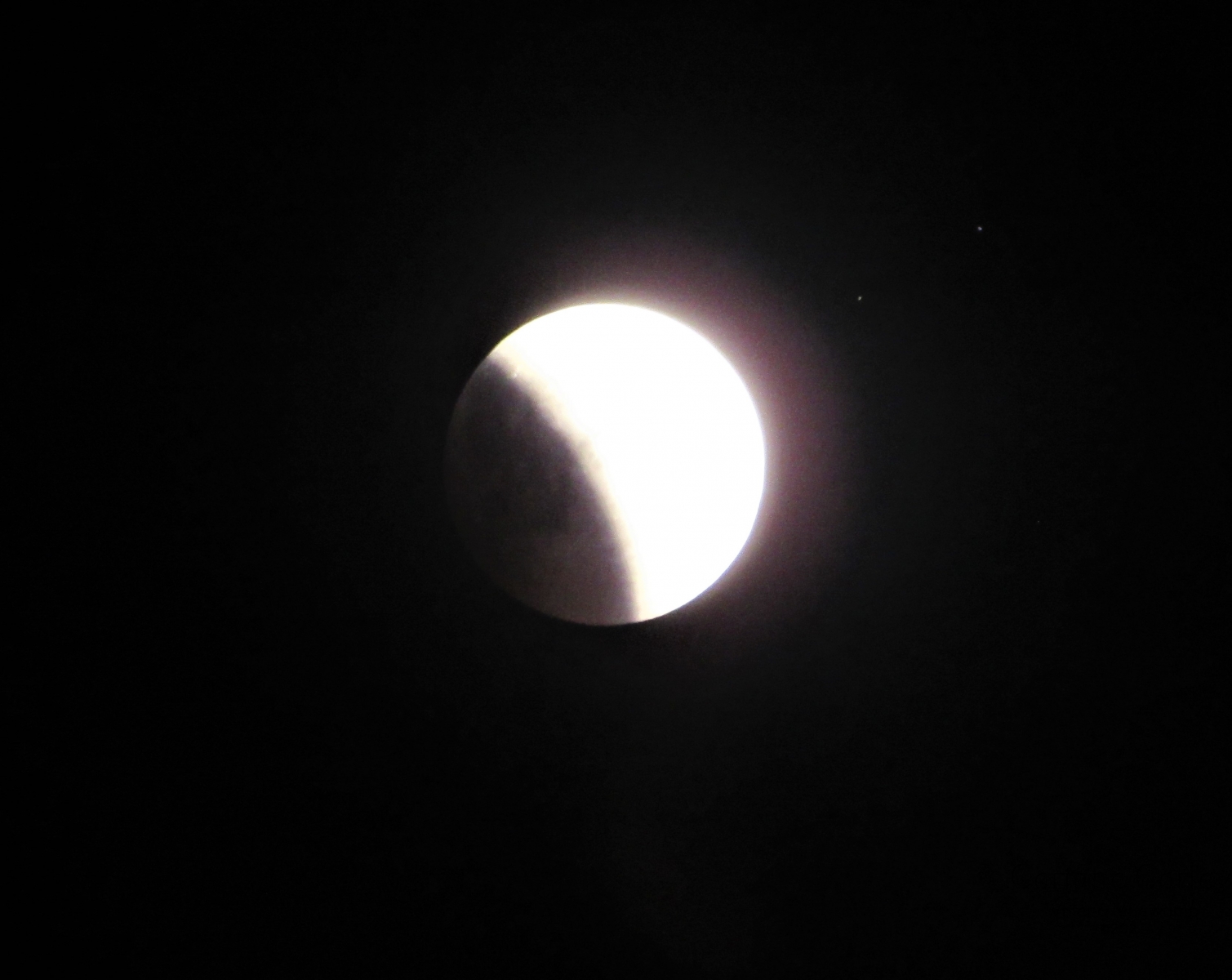 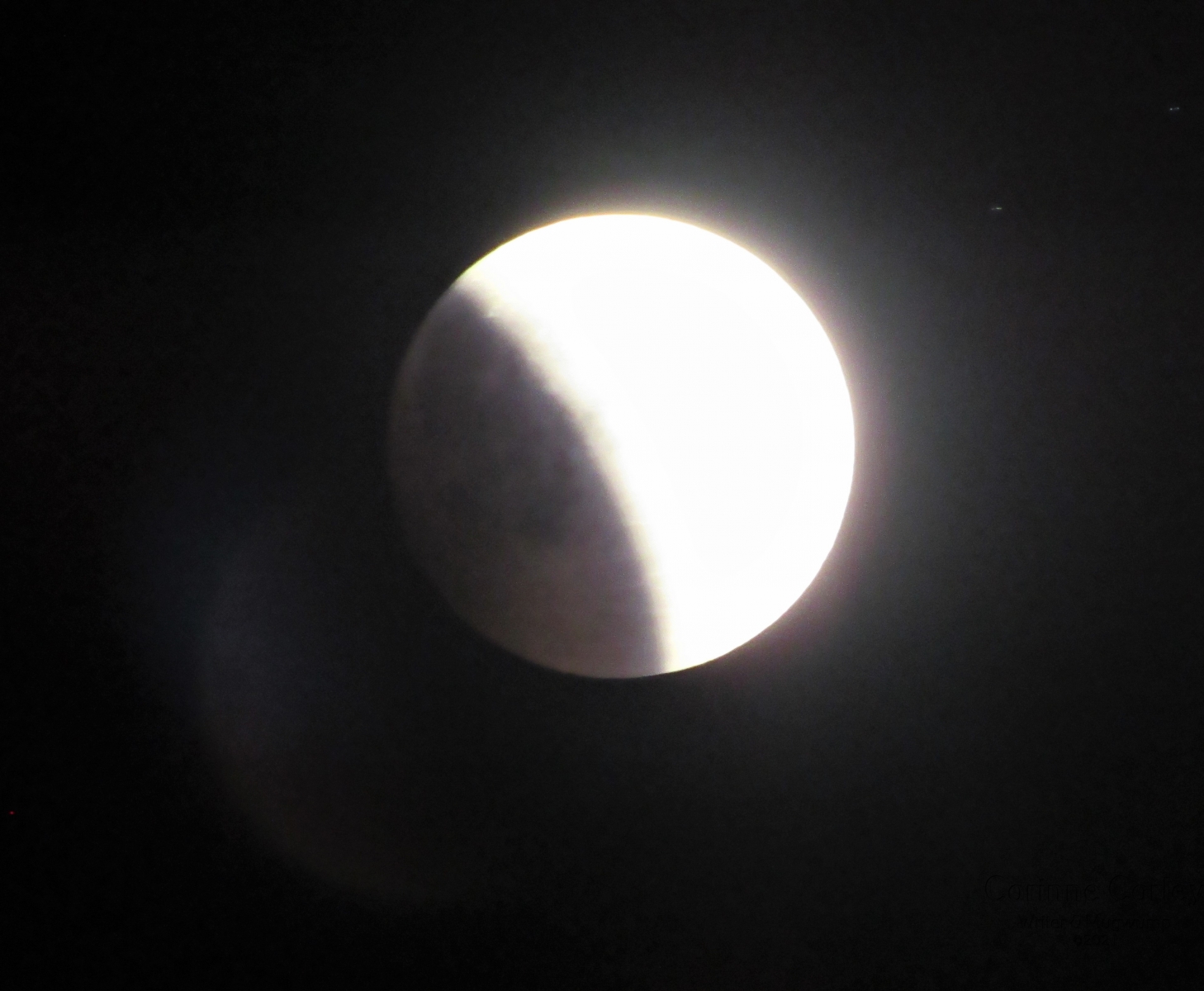 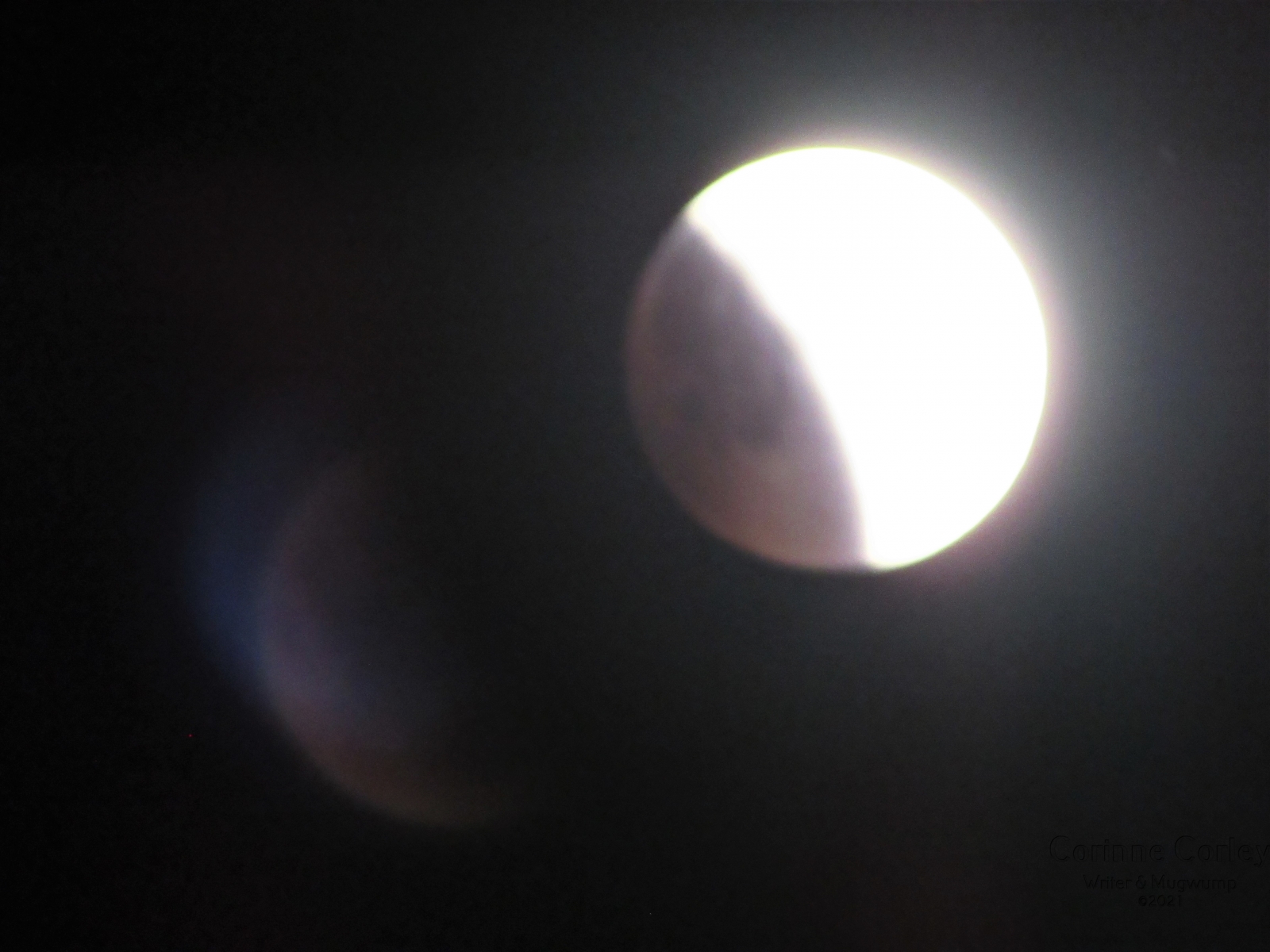 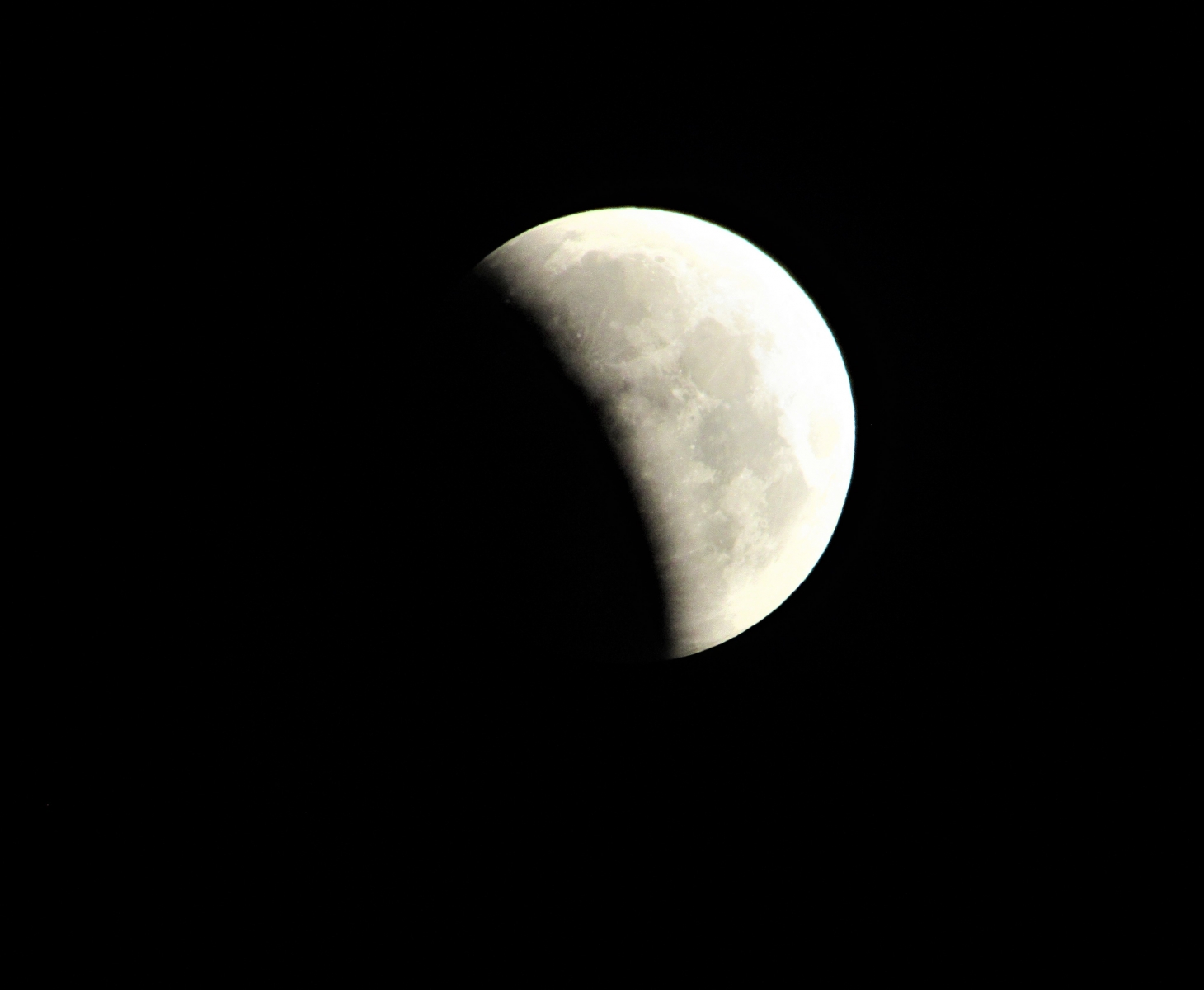 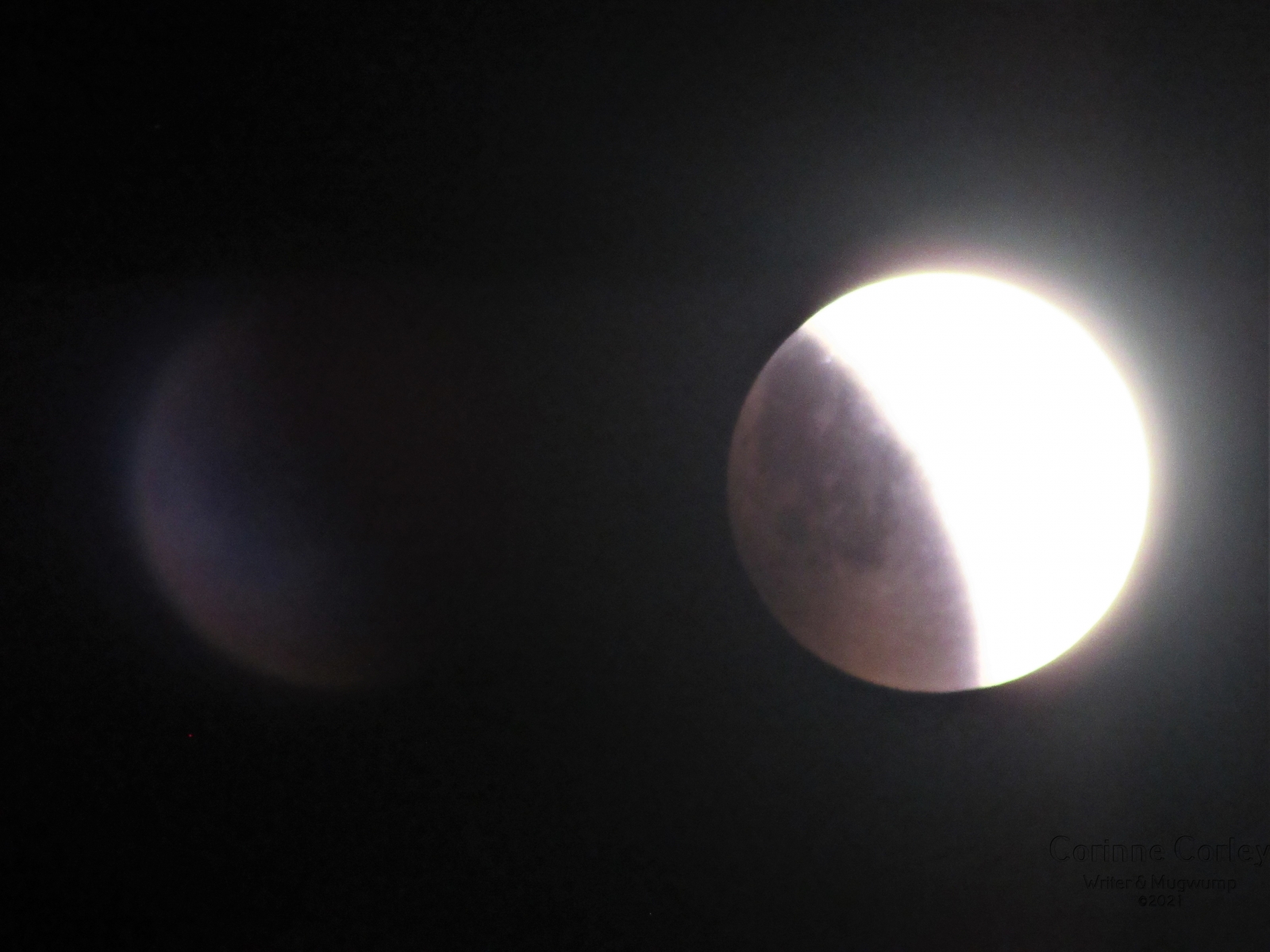 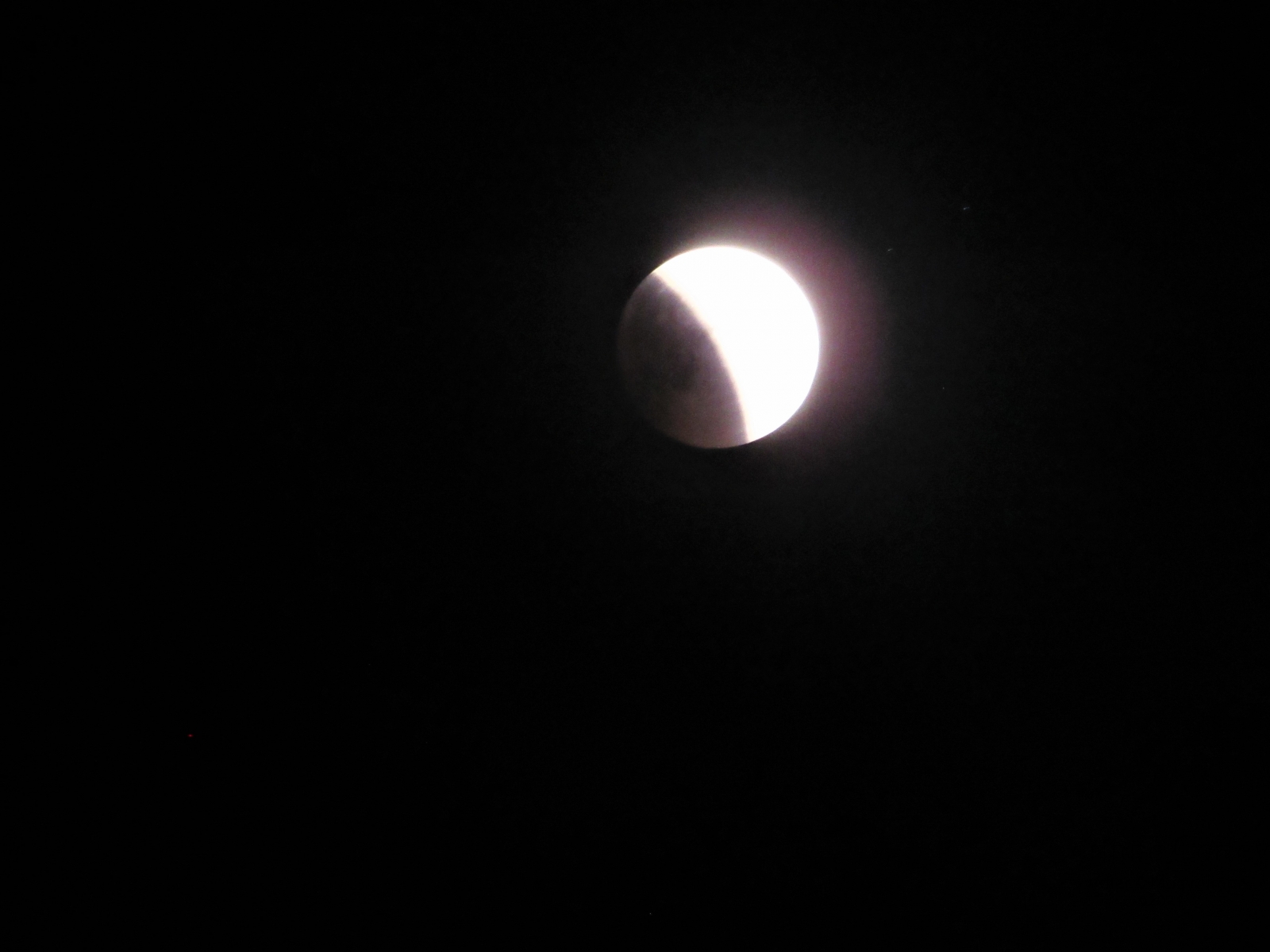 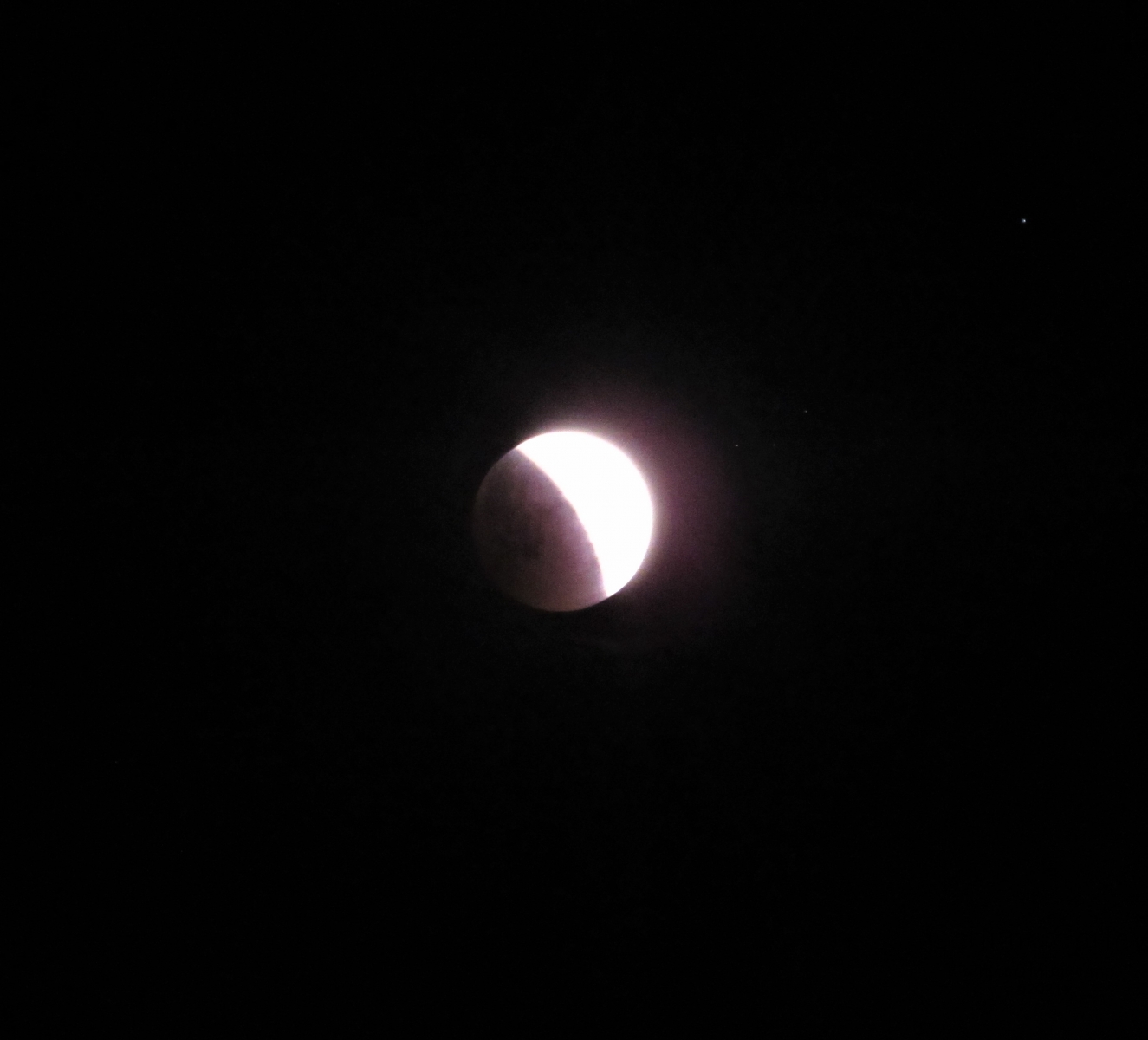 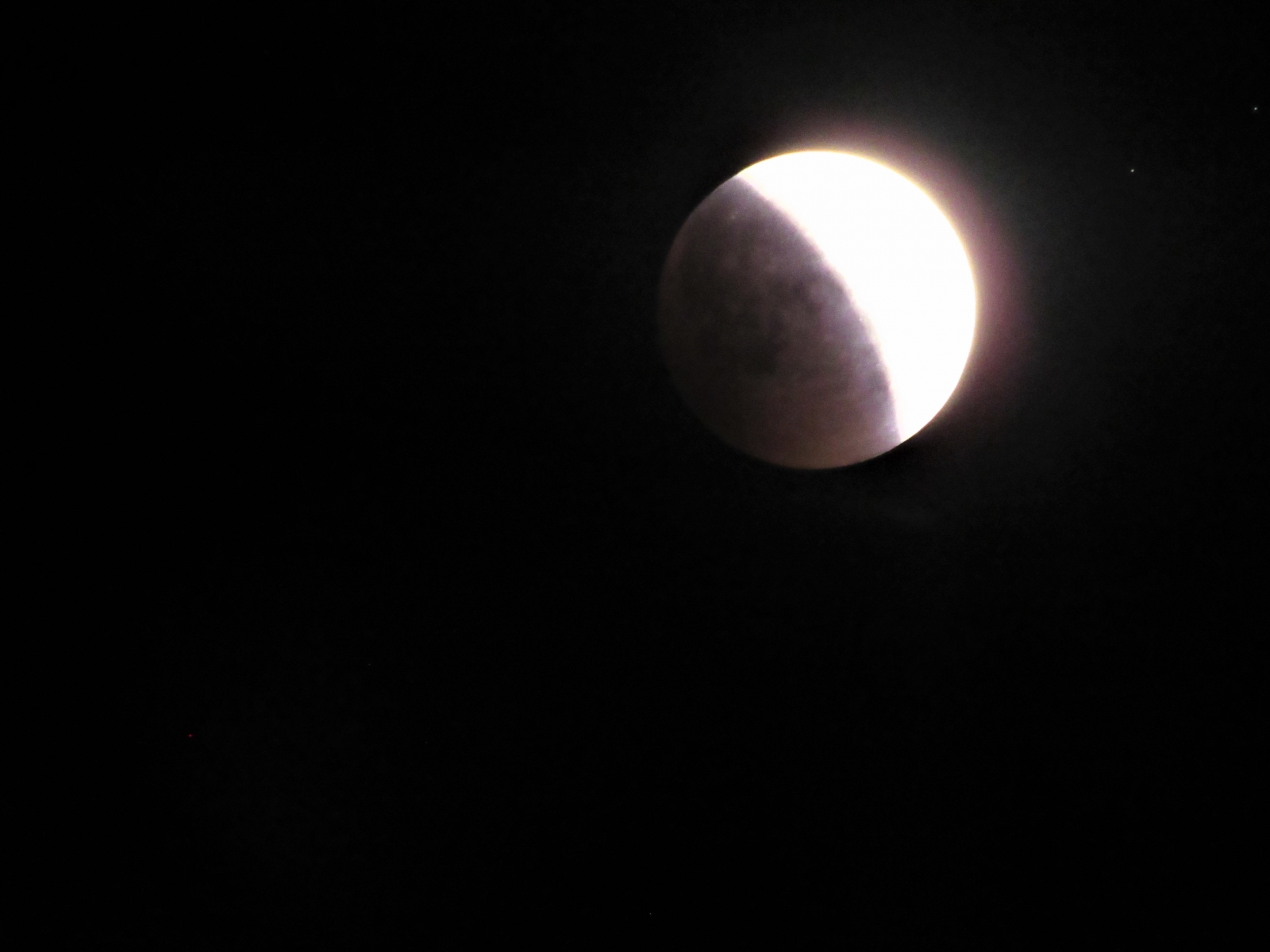 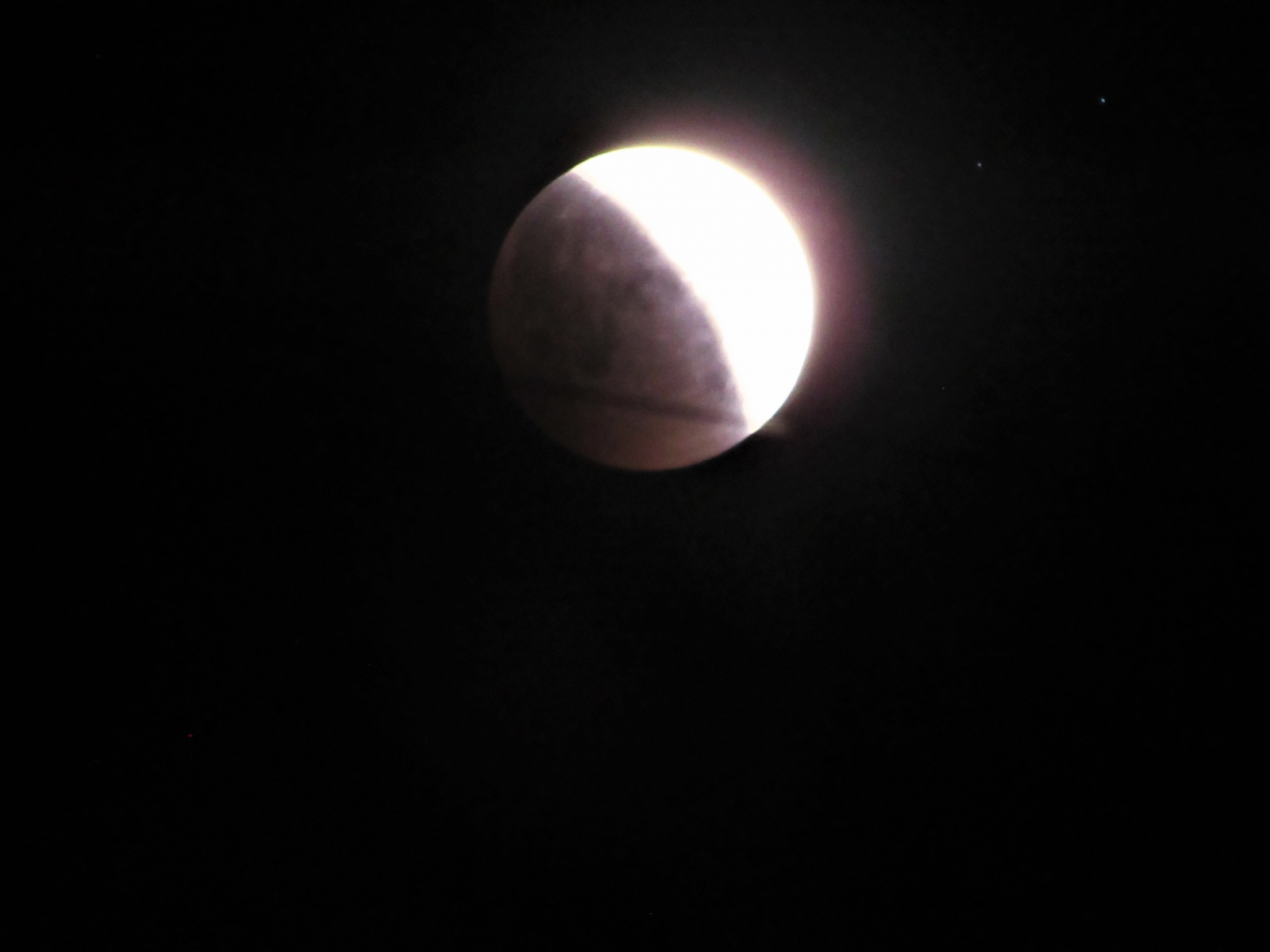 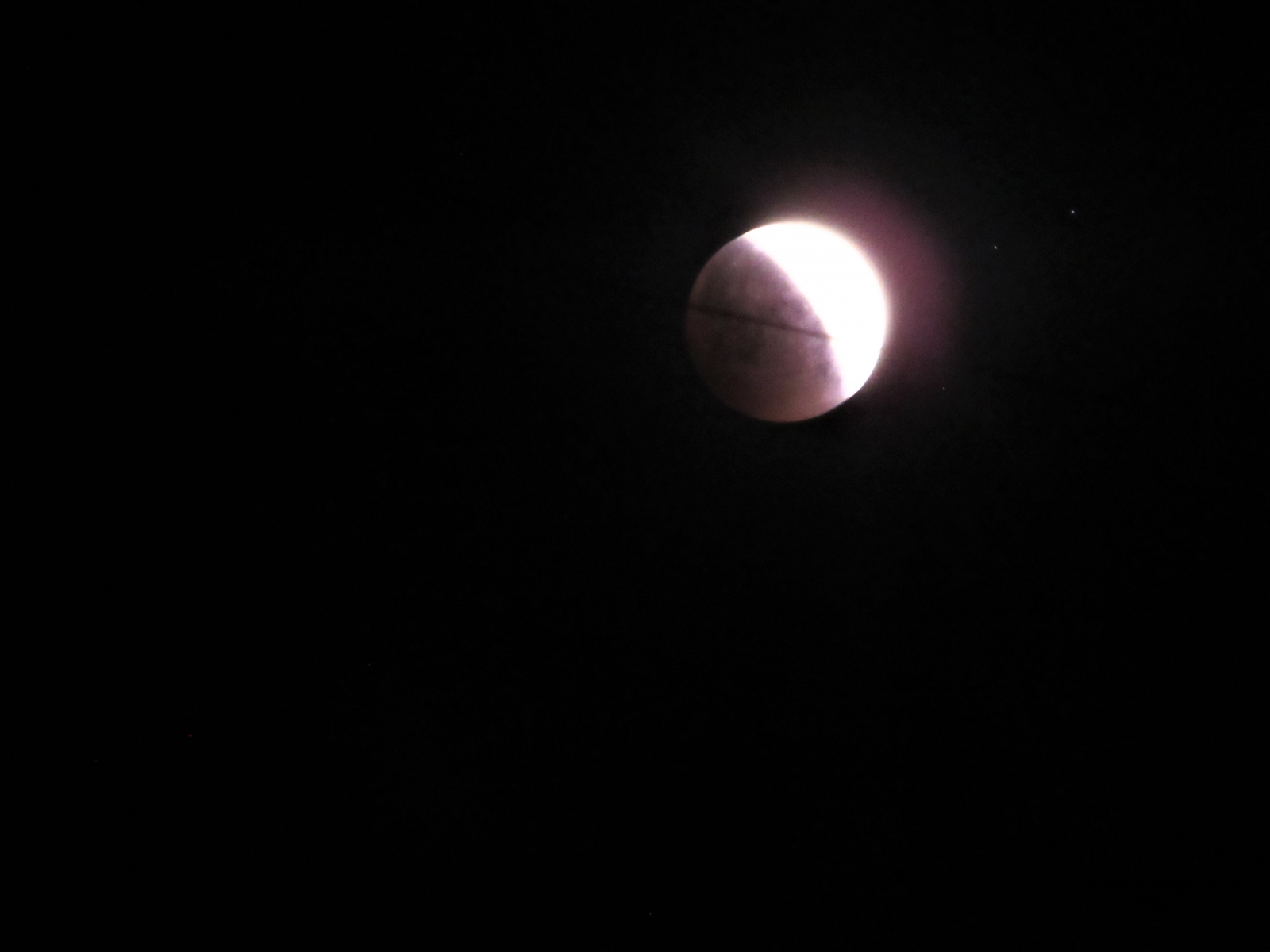 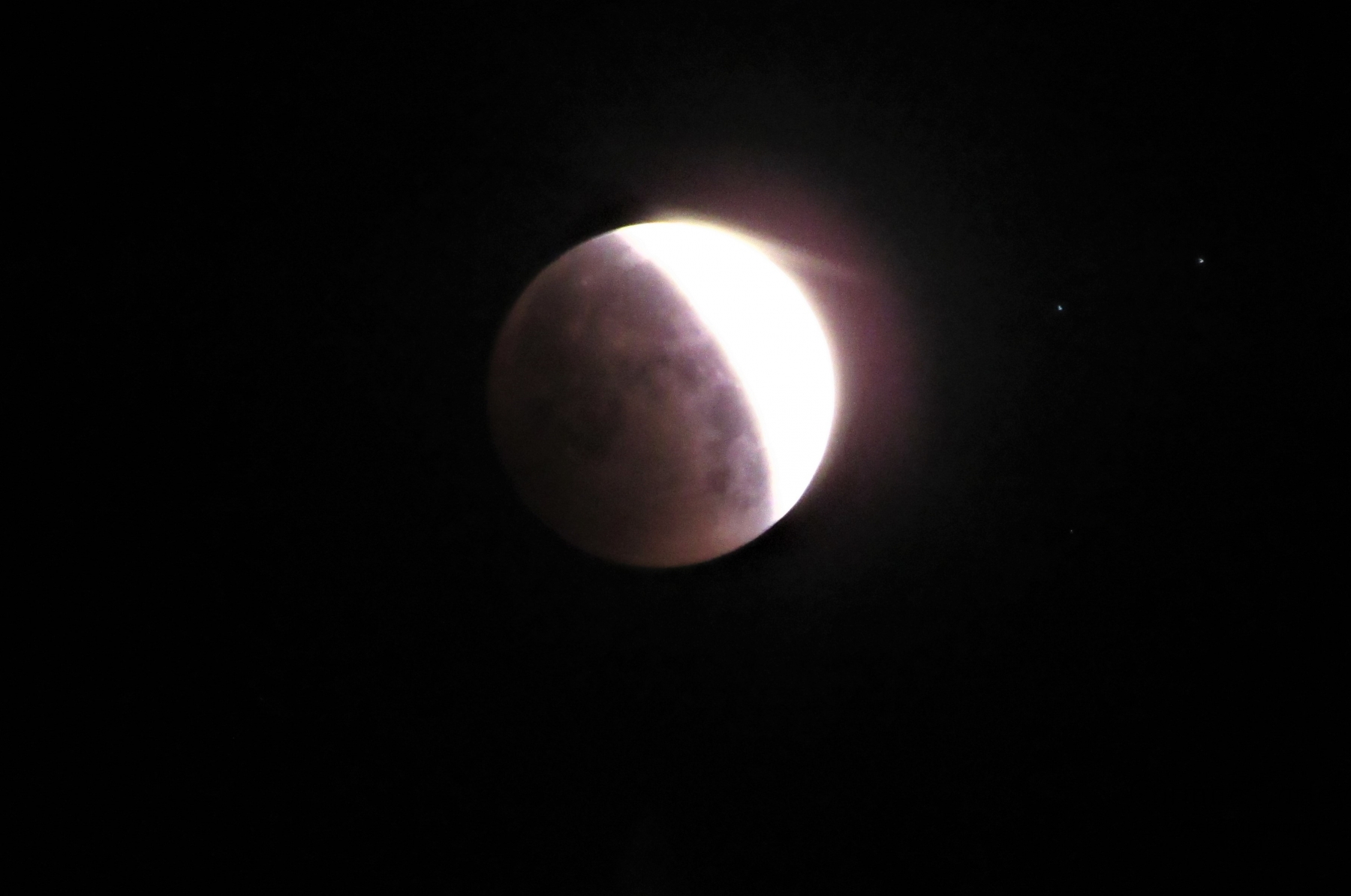 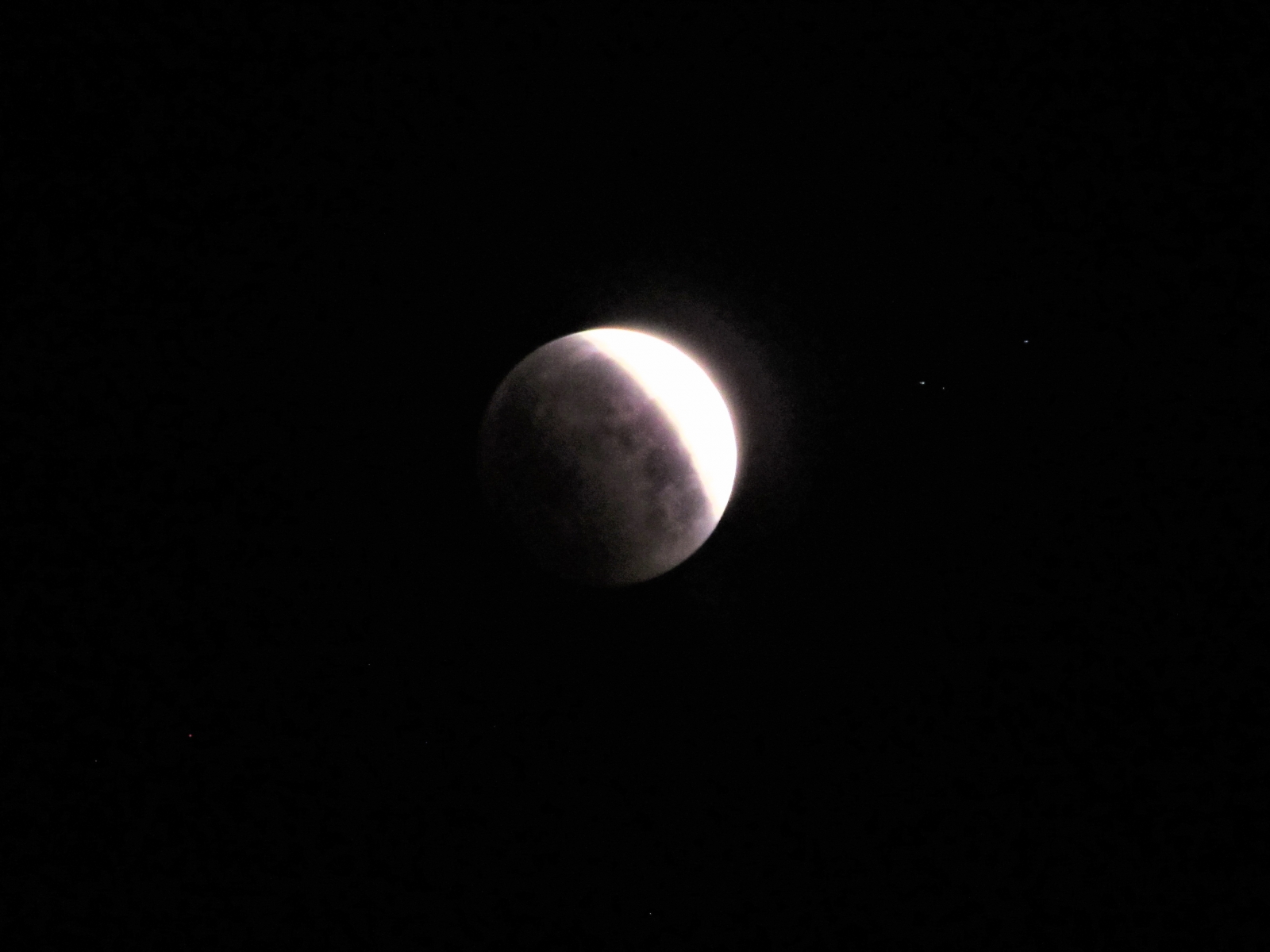 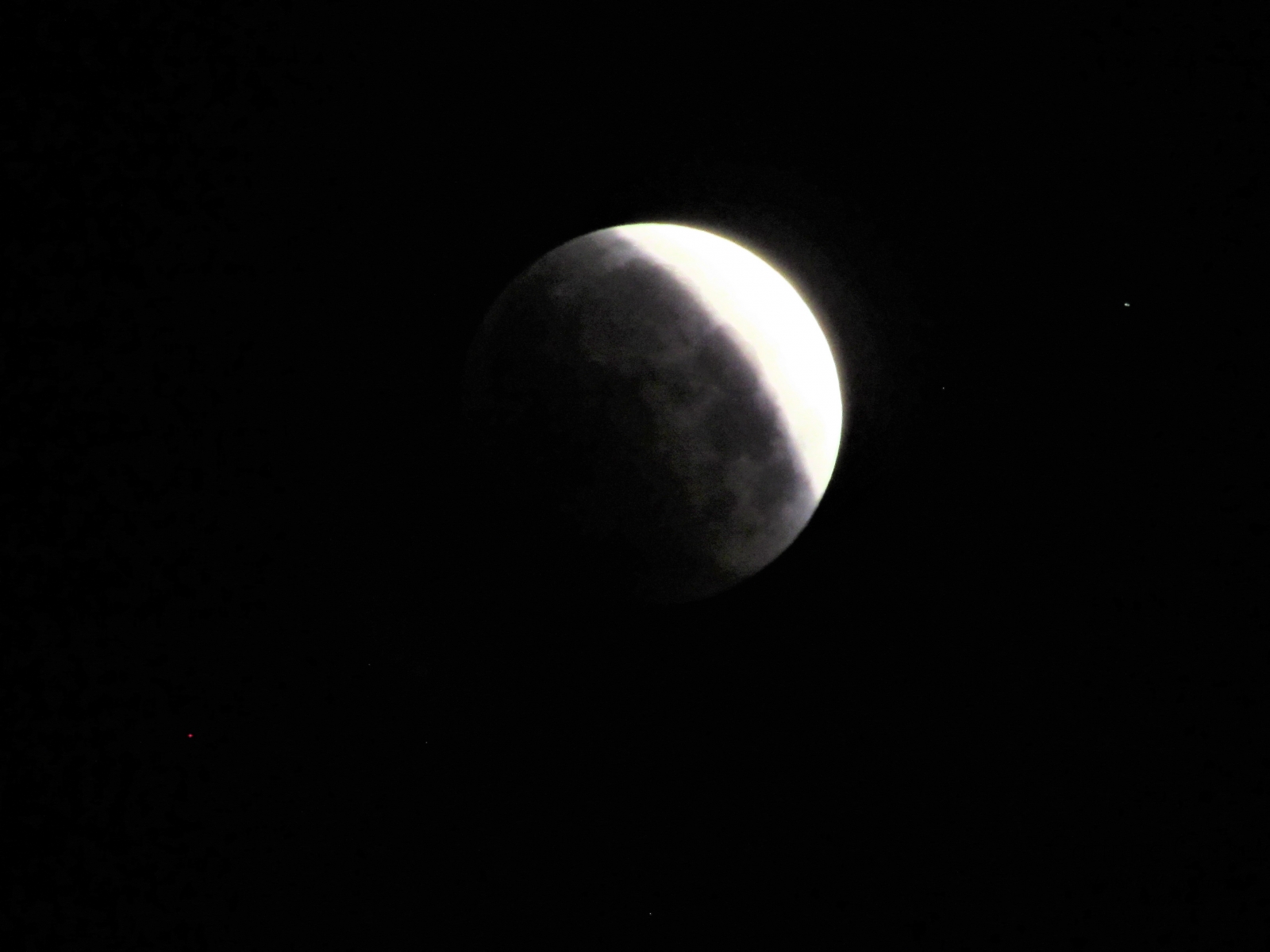 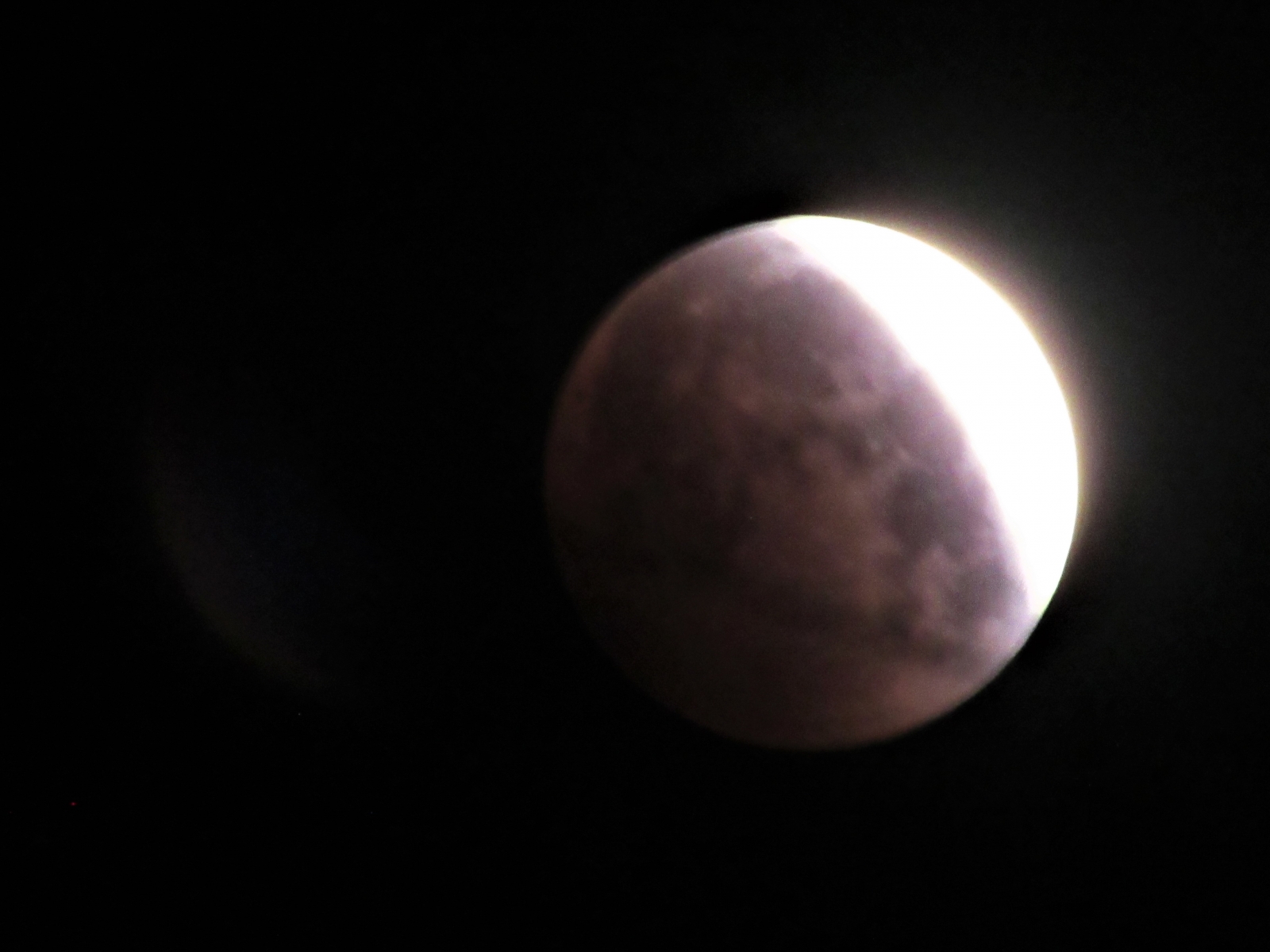 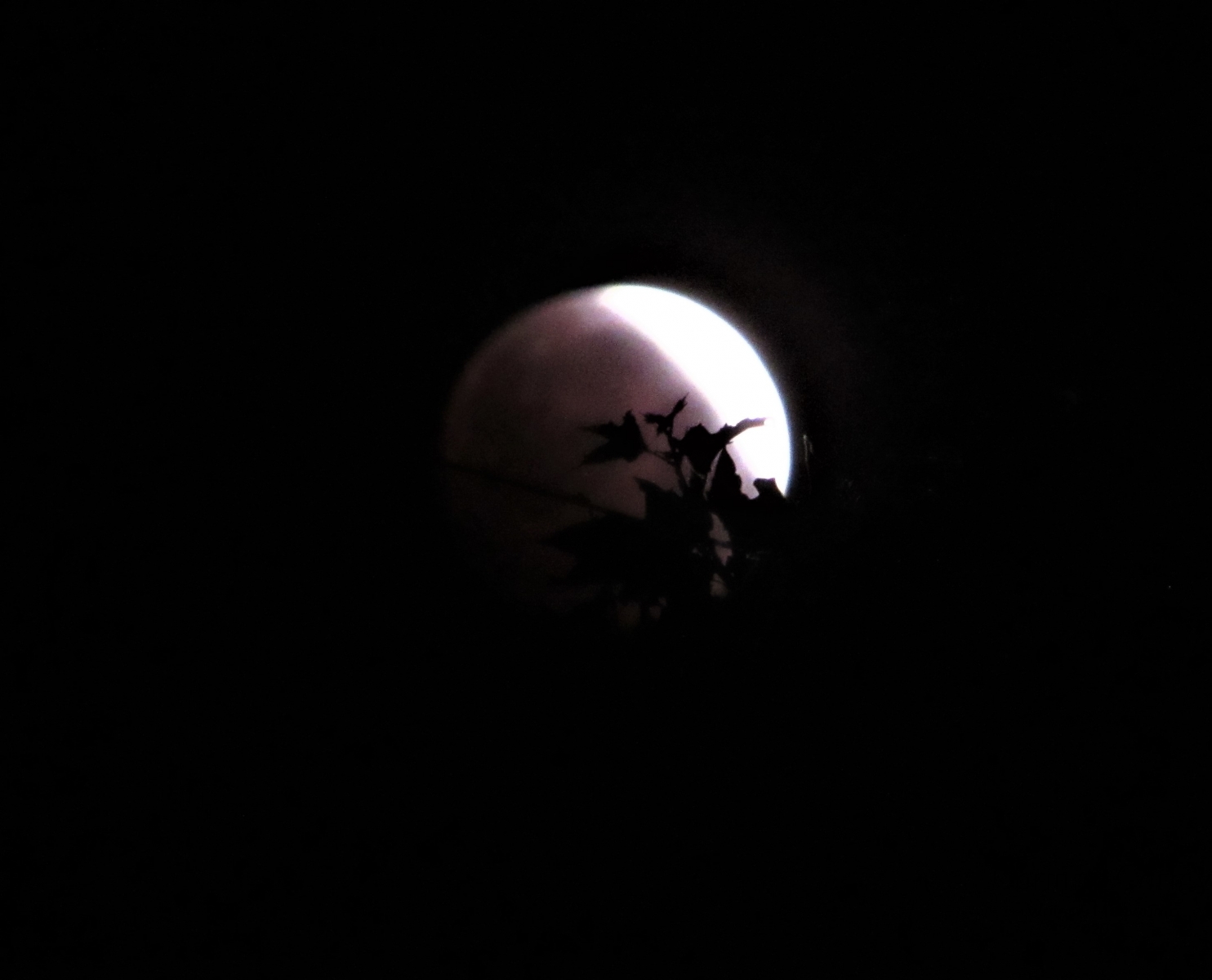