I had a sort of Edward Albee moment in the airport yesterday, and I’ve been ruminating over it ever since.

I assume that anyone who reads my funny little scribblings might well have also heard of Edward Albee, a playwright whose ability far exceeds mine.  I channeled one of his characters as I sat in a wheelchair in the Oakland airport.

If you haven’t ever let yourself be pushed through an airport in a wheelchair, let me say that you must do so some time.  It can be exhilarating and aggravating in turns.  You often whip rapidly through the crowds, quite at the mercy of the carters.  Your attendants make you give them your driver’s license and your boarding pass.  They step away from you for long stretches of time, talking into their cell phones.  They leave you completely undocumented, with your carry-on luggage piled in your lap.  They speak to each other in passing, often in foreign languages.  They laugh but not at anything you’ve said.  Often-times they holler in your ear, as though the reason for your needing a wheelchair has something to do with your hearing, or the feebleness of your brain.

I haven’t yet gotten to the point where the humiliation of the wheelchair assistance has abated, I still find it nerve-wracking, which might account for why a fellow crippled person’s taking note of the color of my shoes  startled me.  She rested comfortably in her chair, beneath its red bar.  These protrusions sail into the air to be sure we don’t steal the thing or get lost in the crowds.  She sat happily under hers, doubtless satisfied with being noticeable.   Her bright eyes darted around the area where we had been parked, under the sign announcing that we were PRE-BOARDERS.  She wore a light, short-sleeve silk blouse and crisp, short pants that I think she would, if asked, describe as pedal-pushers.

She gripped a portable walker in one hand and her knitting in the other.  Her fingers bore the heavy jewels of comfortable widows.  She told me that she was eighty-one, with a little shake of a finely shaped head beneath precisely cut hair.  On cue, I disavowed belief.  “Oh yes,” she said.  “I walked everywhere on my own and even hiked until I hit seventy-five.”  She positively gleamed.

She asked me, then, what brand of shoes I wore.  “Dansko”, I replied.  She pointed one delicate foot in front of herself, in its open-backed sandal, her painted toes peaking out from under the top strap.

“I’ve never seen black soles on brown shoes before,” she commented.  She looked back at my feet, then raised her eyebrows.

That’s when the Edward Albee thing happened.  So I closed my mouth and let the moment pass.

If you don’t know the play The American Dream, you might not understand.  It’s about Mommy, and Daddy, and the Van Man, and Grandma, and the Lady from the Adoption Agency.  It’s about desire and disappointment.

In one scene, Mommy recounts a story of buying a hat.  She wants it to be beige, but she runs into a woman outside the store who observes that the hat is actually wheat-colored.  She bustles back into the shop and demands a substitute.  “I got satisfaction,” she assures Daddy and Grandma.  “You know it was the same hat,” one responds.  “Of course I know that,” she snaps.  “But the point is, I got satisfaction.”

I thought about the wheat-colored hat, staring at my black (or possibly brown) shoes as I waited to be dragged down the jetway to the plane.  The sprightly grandmother in the chair next to me sparkled.  Her pink toes twinkled.  I cast my mind back to the day that I had ordered my Danskos.  I felt certain that I remembered them being listed as “black Danskos, European size 37″.

Yet as I stared down at them, I couldn’t help thinking that they might, after all, be brown.  All of a sudden, I didn’t like them quite as much.  I turned them this way and that in the yellow light from the overhead fixtures in the waiting area.  I stole a glance at the old woman and discovered that she was watching me, grinning.  I have no idea whether she knew what I was thinking, but I have a pretty good idea of what was on her mind.

It’s evening on the tenth day of the fifty-third month of My Year Without Complaining.  Life continues. 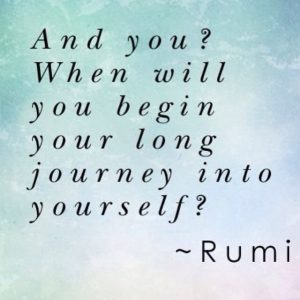 One thought on “My Edward Albee Moment”