The week draws to a close.  Sunny weather lingers but the warmth has fled on the heels of a lapse into chilly air.  Two more days remain of my Kansas City sojourn and two days in St. Louis await.  My foreigner feelings have abated but the ocean still calls to me.  I have not yet found the courage to drive past the Holmes house where I raised my son.  Another time, perhaps; but not today.

We’ve bombed Syria and the governor of my home state apparently emulates the predatory behavior of the president.  I shake off the gloom which descended as I read the transcript of his victim’s testimony.  I can’t complain; I won’t complain; I’ll flee westward but with the full knowledge that in Sacramento, a man will never see his children graduate high school; two boys will never sit on their father’s lap again.  Their shattered family became a victim of bigotry disguised as poor police training.  Don’t complain; don’t whine; don’t grouse; it’s business as usual in these United States.  Save your commentary for another place and time.

Beyond me, the sun has climbed above the trees of Brookside.  She shines full and bright through Brenda’s kitchen window.  In a few hours, I will slip into my comfortable role as adjunct to the tremendous personalities of a group of artists whom I know as friends.  Still later, Jenny Rosen and I will make our way downtown to hear Jake and Angela’s band.  I cling to my visitor pass.  I carefully peal it from each dress and press it on the next day’s outfit.  What I once was, I no longer can be.  But who I am now?

Perhaps when I leave, my shadow will follow.  Perhaps I will pass a mirror in which my reflection will reveal my identity.

It’s the fourteenth day of the fifty-second month of My Year Without Complaining.  Life continues. 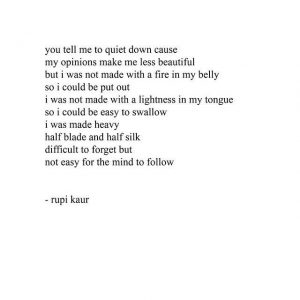