The angel money has started appearing in my tiny house.  Random coins here and there — a penny on the floor of the writing loft, where it shouldn’t be and wasn’t yesterday; a coin on the counter.  This happened to me from time to time in Kansas City, most intensely after the death of my favorite curmudgeon.  Quarters would shimmer from the edge of the shelf in front of his picture.  Once I found a smattering of Russian money across the threshold.  That could have been my ex-husband making a foray for forgotten belongings, but he swore it wasn’t.

I saw three hawks on the way home from work today.  They hover on the power poles, hunched slightly, watching steadily.  The hum of the engine unnerves them.  They lift their wings and soar across the field, landing on a wire just ahead of me.  They turn and stare at my car as it passes.  A shudder runs through me every time.

The smoke from the distant fires hung low in the sky, obscuring the sunset as I drove the levee road.  I turned into the park in the gathering dusk, thinking about the mail that I haven’t claimed for a week in my post office box in town.  I don’t get any good news there; just Bar brochures, tax letters, and the occasional forwarded parcel of junk mail from the lawyer in whose suite I squatted last year on my trips to Kansas City.  I reckon it will still be there next week.

I waved to one of my neighbors as I turned the corner, straining to ignore the grim political news on the radio and the sinking feeling in the pit of my stomach that I can’t seem to shake.  I’m going to the coast tomorrow.  I originally had a reason to head west again so soon, but that got re-arranged.  I’ve decided to go anyway.  I need another sojourn near the sea.  I have a long expanse of empty days ahead of me.  They will be easier to bear with the memory of my beloved Pacific more keenly in mind.

It’s the thirty-first day of the seventieth month of My Year Without Complaining.  Life continues.

A thousand miles beyond this sun-steeped wall
Somewhere the waves creep cool along the sand,
The ebbing tide forsakes the listless land
With the old murmur, long and musical;
The windy waves mount up and curve and fall,
And round the rocks the foam blows up like snow,–
Tho’ I am inland far, I hear and know,
For I was born the sea’s eternal thrall.
I would that I were there and over me
The cold insistence of the tide would roll,
Quenching this burning thing men call the soul,–
Then with the ebbing I should drift and be
Less than the smallest shell along the shoal,
Less than the sea-gulls calling to the sea. 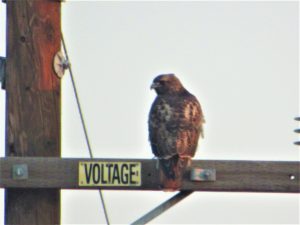 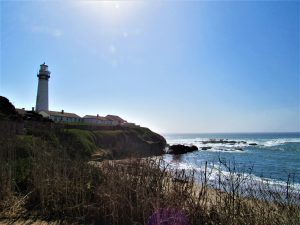