Traffic on Highway 5 clogs at the I-80 exchange.  The slow-down lasts for hours.  I had thirty minutes to sit in the mess going to and coming from a meeting.  I used the time to cogitate on my day and what I’ve learned.

I started with the certain knowledge that the River Delta Volunteer Fire Department works tirelessly for the people of the Delta.  I got a first-hand view of their effort.  I considered taking a photograph, but last night I watched a video with Anderson Cooper explaining why he didn’t rush after flood victims with a camera.  “We respected their privacy.  We didn’t want to stick a lens in their faces.”

So you’ll have to get an idea of what I saw from my description.  I came to the intersection of Jackson Slough Road and Highway 12 at 8:20 this morning.  I saw the commotion as I drew near.  A tow truck had backed toward the front of a crumpled car.  Five firefighters grouped around a man lying on the ground  His legs twitched.  Shards of glass and hunks of twisted metal clattered on the road as the vehicle ahead of me inched through the scene.

I lowered my window to ask, in a hushed voice, whether I could pass.  The nearest first responder measured the gap between the prone victim and his battered car.  “Okay,” he instructed.  “Go straight across; don’t turn left or right; and watch yourself on that side,” he added, gesturing to the tow truck driver.  I followed his instructions.  Another rescue vehicle approached the scene from the west and waited while I crept through the accident’s aftermath.

I replayed that experience many times this afternoon. I’ve been in similar collisions.  I’ve been wrenched from a car by the jaws of life.  I’ve been gingerly pulled from the street and cradled in a stranger’s lap while we waited for help.  I have sat dazed in the narrow space between a jammed steering wheel and the seat back.  I’ve smashed into a window.  I’ve broken an axle ramming against a curb.  I’ve flown three stories into the sky, landed on a hood, and shattered the windshield as I smacked against it, folded in a tight ball, desperately straining to protect my head.

I lived through all of that.  I barely even shed blood.  I sustained, at the worst, multiple fractures in my right leg.  Even when I had to be pried from beneath the twisted door of the Gremlin in which I had been riding when an Oldsmobile broadsided us, I suffered nothing worse than a dislocated hip.

This morning I crossed myself out of habit and said a prayer for the man whose brown shoes struck a tender chord in my heart. Late in the day, I shielded my eyes from the glare of the setting sun and decreased my speed.  I squinted to see the curving levee road in the shimmering light.  I let a motorcycle pass.  He clearly had somewhere to go, but I had  no need to arrive at home five minutes sooner.  I could take my time.

What I learned today will not surprise you.  Life is fleeting.  A heart beat separates our sojourn on earth from an unexpected reservation at heaven’s threshold.  We can be knocked across that gap without notice.  On any given day, someone’s life will end without that person having a chance to reaffirm their love for family and friends.

One moment, we strive to leave the California Delta Loop by beating the oncoming traffic on Highway 12.  The next second, five earnest first responders lean over us, fighting for our very lives.  Perhaps a divine plan dictates the timing of such moments; perhaps not.  Either way, they shall come.  Best be ready for them.

It’s the eighteenth day of the fifty-seventh month of My Year Without Complaining.  Life continues. 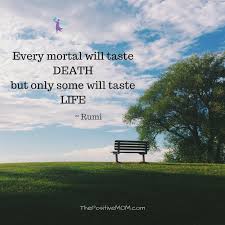