As I sat in the back of the Lyft driver’s Lexus waiting for him to ask me if I was okay after the accident, I realized for the second or third time this year that there are two kinds of people in the world.

The first kind genuinely cares about others regardless of whether they agree with them on issues.  They might verbalize their discontent with how you vote, or the color of your hair, or the way you keep house.  But when the cars smack against each other, they leap to your side.

The second kind starts thinking right away about liability.  These folks have a glib narrative that sounds supportive.  You might even be fooled by their generous rhetoric.  In a crisis, they show their truth.  They shove the broken tea-pot under a place mat and walk away.  They talk about wanting to help and then have other engagements for every time slot.

I’ve learned to recognize true gems but I still confuse the artificial louts for gold.  In other words, I have a lot of false positives.   I tend to err on the side of believing that everyone who says that they want to help me actually does.  For many years, I assumed the worst of people.  They often fell to my expectations of them.  But the converse has not proven true.  When I hit rock bottom in early 2014, I decided to start assuming the best of people.  I found myself particularly willing to trust people who volunteered to use their expertise to help advance my situation.   This has not always gone well.

Perhaps the pendulum swung too far into the realm of naivete.  I’ve trusted some folks in the last year whom I previously would have sent packing with unbridled speed.  It’s the pretense of compassion that fools me.  Then the sand slips through my fingers and dissolves in the sea.  I realize that once again, I’ve been fooled by a charming smile or a sincerely tilted head.

The Lyft driver wanted me to state that he was not at fault.  I smiled and averted my eyes.  He suddenly became quite hostile, throwing my suitcases onto the pavement, canceling all record of the pick-up, pretending not to understand the police officer’s request for information.  I studied his demeanor.  I thought of other folks whom I have met in the last several years.  Here was a man who did not really care about anyone.  I am sure of it.  I have a small list of others who spun a false narrative.  I shan’t complain about them; it does no good, and causes a knot to develop in my stomach.  But I’m building a profile for my private reference.

Meanwhile, the substitute Lyft driver tried to refuse my tip.  He insisted that he would be compensated.  He settled my bags in the back of my car and brushed away the bill in my hand.  All that mattered to him was that  I had gotten safely to my destination.  So I stood with as much firmness as my fatigue allowed and told him that I, too, had a concern.   My concern involved whether he would be tipped and properly by whomever would be paying him for rescuing me.   I said, “Please, will you take this.”  I held the money out to him again.  We seemed at an impasse.  “Please,” I repeated.  Then, finally, he took it.  We gave simultaneous voice to our respective thanks.  I got into my car and drove away, thinking, “Oh, joy!  This fellow redeemed an entire company.  He’s one of the good guys.”

It’s the eighteenth day of the fifty-third month of My Year Without Complaining.  Life continues. 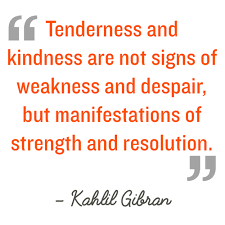