My son prefers not to be discussed in my blog.  Once or twice each year, I beg his forgiveness or, in the least, his indulgence.  Today, I pray for both.

I reached a point in my mid-30’s at which I did not expect the joy of motherhood.  Several miscarriages, some early, some heartbreakingly later in gestation, had dashed my hope.  What remained can only be described as a yearning which I recognized as desperation.

Of my son’s father, I rarely speak.  We met in Eureka Springs, Arkansas, a year after my divorce from my first husband.  My life had settled into a routine which I expected would last for years.  I had purchased my first house.  The job for which I had moved to Fayetteville still provided a strong sense of purpose.  Then friends invited me for a jazz bar crawl, intentionally failing to tell me that they also conspired to introduce me to a certain bass player with strong shoulders and dreamy eyes.

Two months later, my own eyes beheld themselves in a mirror over the distinctive plus sign on an EPT.  Yet another sixty days from that critical juncture, the musician departed from  my life and I faced single motherhood at thirty-five.

I could not have been more happy.  Oh, I would have preferred the Cinderalla story.  Certainly, I wished my son could have grown to adulthood with his birthfather to provide insight at every critical second.  But for the sheer, isolated contemplation of finally becoming a mother, I felt a profound gratitude.

I could tarry for countless paragraphs describing every poignant moment of my son’s childhood.  The little gifts he made; the funny faces; the tender talks; I have a treasure chest filled with such cherished memories.  My walls hold his digital art.  My make-shift keeping shelf bears a little red heart in a tiny clay pot.  On the back of the heart, he wrote, I hope you like the gift that I could give you.  His name appears on the front in that achingly sweet glue-and-glitter penmanship that every mother knows.

I see him now:  Feet dangling over the edge of the loft as he plays the banjo which I gave him for Christmas, my first year in the tiny house.  His riotous grin flashes from a photo on the bookshelf.  Little pinch-pots nestle in a box beneath the wood of my underbed storage.  To my right, his seven-year-old smile gleams in a frame above a list of adjectives using the letters of his name:  Patient, Adventurous, Talented, Remarkable, Intelligent, Casual, Kind.

If his first name had an “H”, he most certainly could have identified himself as “humble”.  I feel quite sure that he resisted the exercise.  Even as a child, he eschewed anything resembling a boast.  But each of those words describe the son whose existence melds the very best of the village which raised him.

In a sweet scene in one of my favorite movies, a father goes to visit his two daughters just before leaving town after his divorce.  To the oldest, his stepdaughter, he says, “I’m sorry for all the kinds of daddy that I was or wasn’t ever since I met you.”  I find myself longing to convey a similar message to my son.  I can identify each mistake that I made along the way.  I can trace the scars which my failure left beneath the surface of my son’s psyche.  I’ve hated myself for the harm which I caused him through inexperience, ignorance, and ignobility.

But the strength with which he continues onward encourages me.  I learn from his victories.  I greedily drink at the fountain of his wisdom.  The humility with which he approaches life inspires me.

I have served in many capacities in my life, some by design, many by happenstance.  The role of “Patrick Corley’s mother” has rewarded me as no other.  Once again, even as the bittersweet vision of my own mother’s dear face rises in a swathe of sentiment, I find myself acknowledging that whatever life took from me, it returned a thousand fold in the person of my son.

It’s the twelfth day of the sixty-fifth month of My Year Without Complaining.  Life continues. 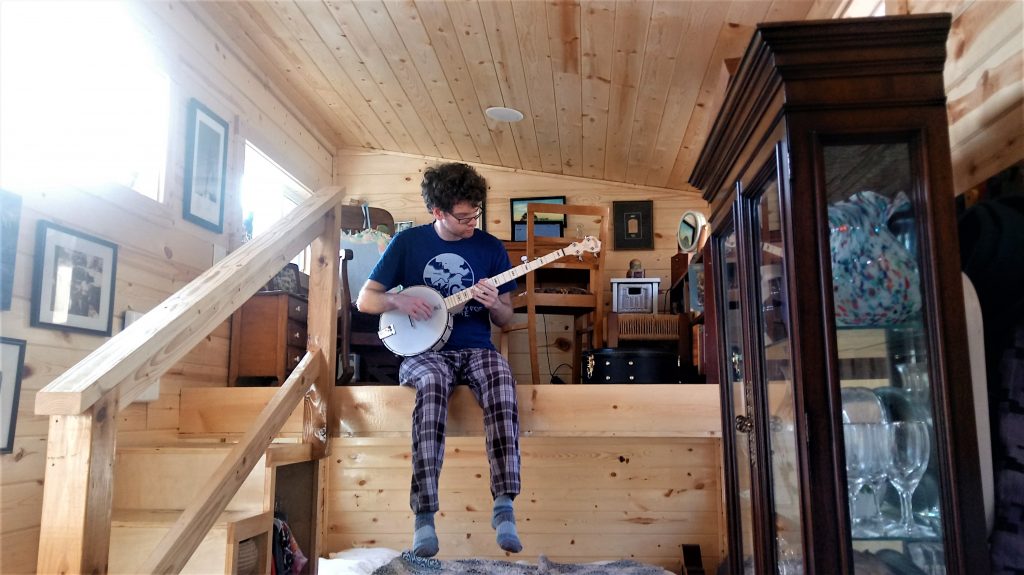