Today I drove three hours to buy a book for the second time.

I once assured my son that I strive not to write about him too much.  “Mom,” he said, in that gentle voice of his, “Everything you write is about me, one way or the other.  I’m used to it.”

He’s right, of course.  While I might not specifically mention him, my son runs through the warp and weft of the tapestry unfolding as my life.  He informs me.  Raising him shaped me.  His existence determined so many decisions for the last twenty-eight years that I barely remember life before I had him.

But this drive, this day, directly concerned my son.

I bought a book for him this winter.  I had spent a Saturday at an old hippie retreat, a funny place north of Santa Rosa.  I went to the coast the next morning, turned right at the ocean, and kept driving, higher and farther north than I had yet been.  Twelve miles north of Jenner, I came to a state park built around an old military base, Fort Ross, where I bought a book for my son.

When I got back to the Delta, I mailed it to him in Chicago.  Inexplicably, I used the address of the condo which he had just purchased but to which he had not yet moved. The postal service kindly returned it, marked, “Addressee unknown”.  By the time I got it back, he had taken possession of the new place.  I remailed it, using the same address but sending it priority with a tracking number.

Two months later, the online tracking system swears that it has been delivered, but he never got it.

I’m staying in the Marin Headlands for the Memorial Day Weekend.  Today dawned clear and lovely.  I set out north, first encountering a detour that ultimately added forty-five minutes to my trip.  I kept driving, through small towns, festivals, holiday traffic, and workers clearing the roadway of rock slides.  Eventually, I pulled into the state park in which Fort Ross sits.

In the gift shop, the same woman who had waited on me last March sat drinking tea and eating a cookie.  She rose to greet me, smiling when I voluntarily signed the guest book.  I remembered her spiel about its importance.  I told her so; and then I told her why I had come.  A radiant smile broke across her face.  She came out from behind the counter to help me find the book.  Together we chose a postcard to replicate the one which I had purchased the first time.

Yes, I know:  I could have ordered the book online.  But that would defeat my aim.  I want to give my son a collection of books about the food of locally indigenous people, and to buy those books in the places from which their authors come.  I will not let the vagaries of the postal service defeat me.  Better institutions than that have tried and so far failed.

As she rang my purchase, the gift store lady admired the ring I wear every day in honor of my niece Angie who gave it to me just a few months before she died.  She talked of the cross she wears in honor of her mother.  We exchanged names, and I gave her my contact information.  “You’ve got a friend in the Delta now,” I told her, before leaving the visitor’s center.

I drove my car around to the handicapped spot in front of the Fort.  I walked down to the point and gazed for a while at the ocean.  When I got back, I briefly spoke to a young man sitting on a bench with a perky little attentive dog on a leash standing sitting at his feet.   When his companion joined him, I asked if they had walked to the beach, and gestured to show them the way.  Then I strolled around the Fort for a few minutes, lingering in the bunkhouse to photograph the workroom.  I thought of my friend Sheldon, and wondered what his clever carpenter’s hands could make with the planes on the dusty workbench.

Afterward, I treated myself to a late lunch at the River’s End.  I arrived at the start of their between-time, but just before the kitchen closed.  The hostess ushered me into the best room, the room saved for those with reservations.  She helped me get settled, and patiently listened to my order and my little story about being a vegetarian who only eats fish at their table.  She brought me a tall glass of house-made lemonade, a basket of bread, and a plate of delicious food.

then I headed south, the fast way, east on 116 and south on the 101.  Now I am back among the redwoods, tired, triumphant, and ready for rest.

It’s the twenty-fifth day of the sixty-fifth month of My Year Without Complaining.  Life continues. 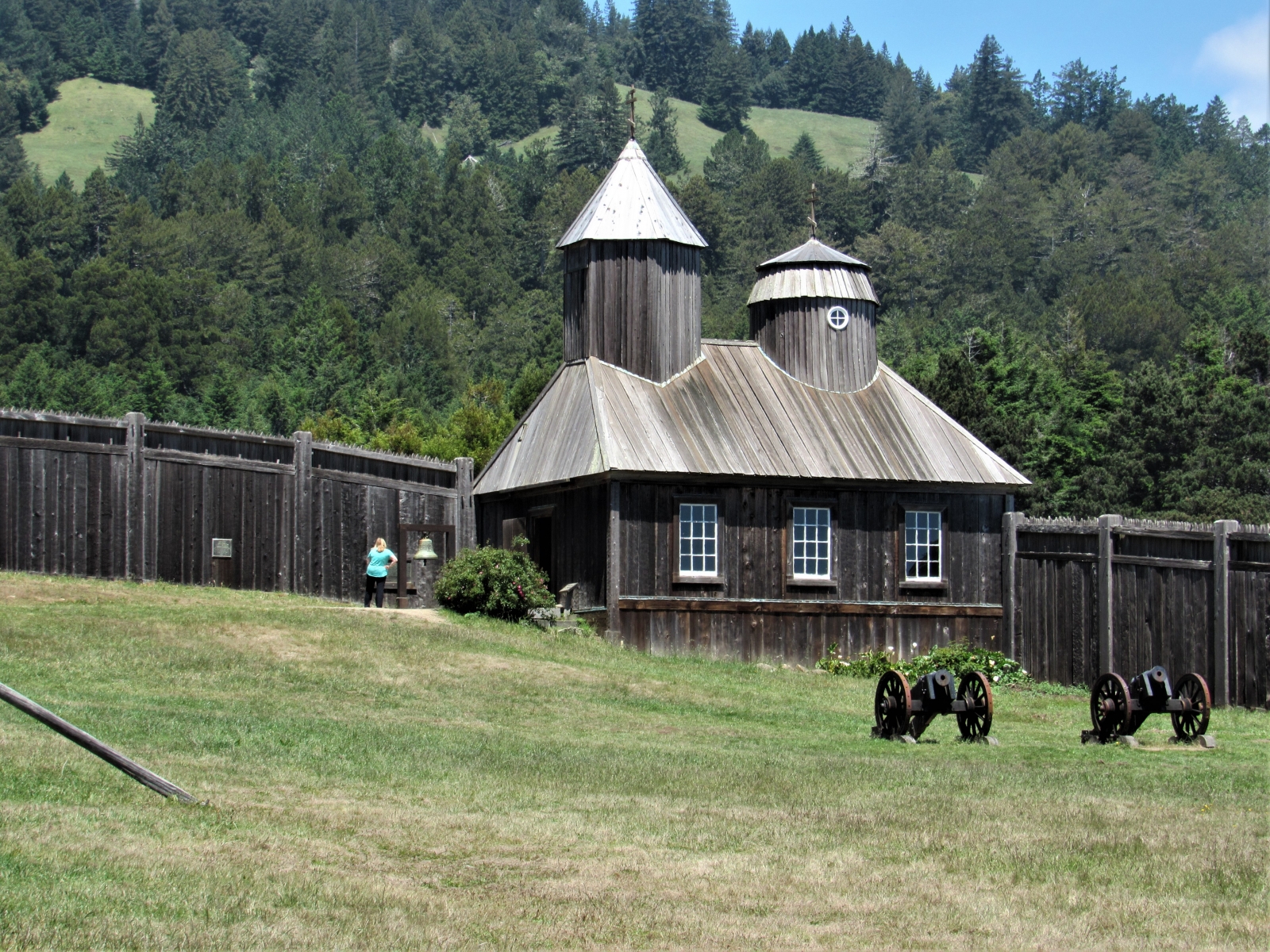 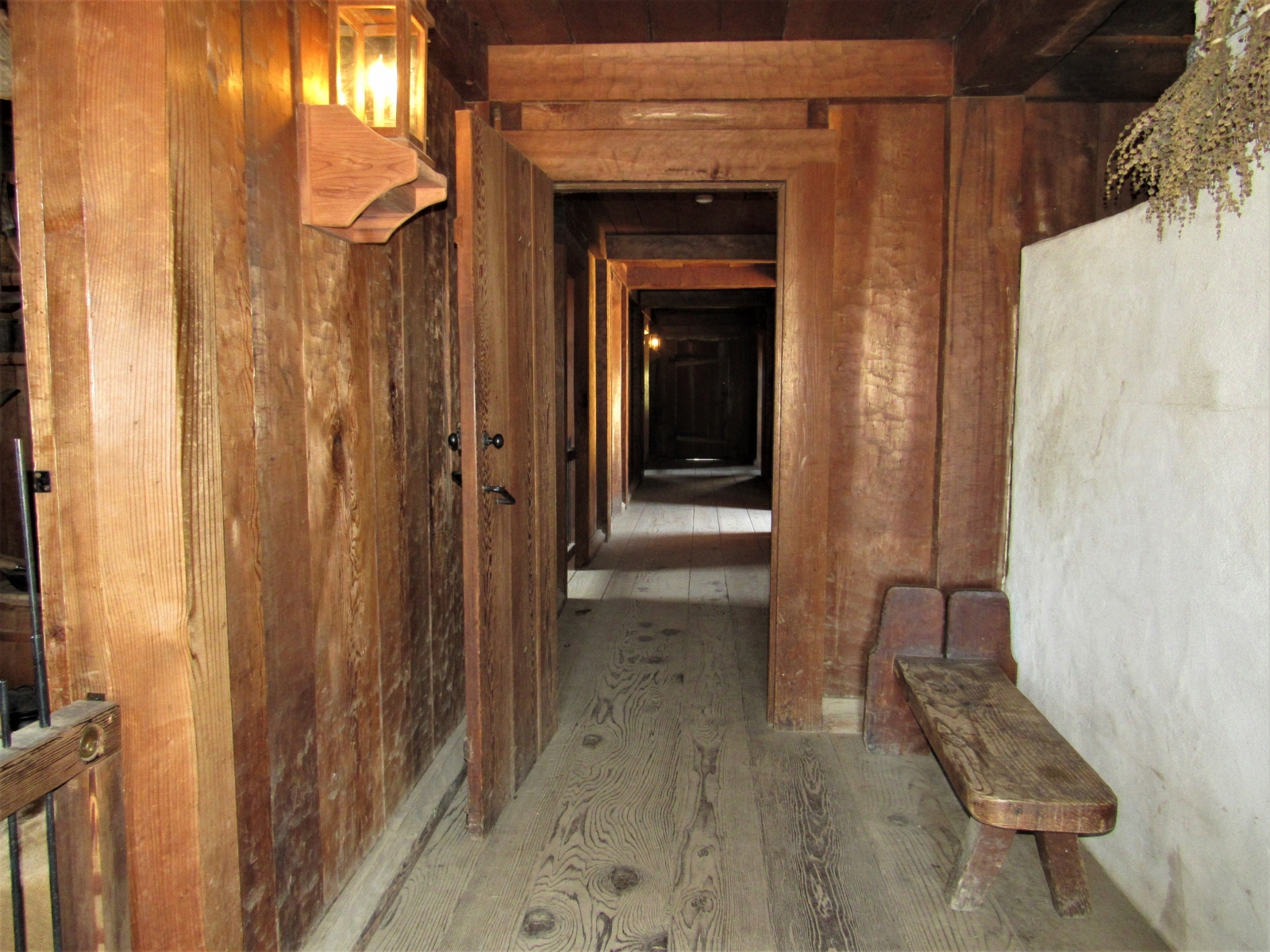 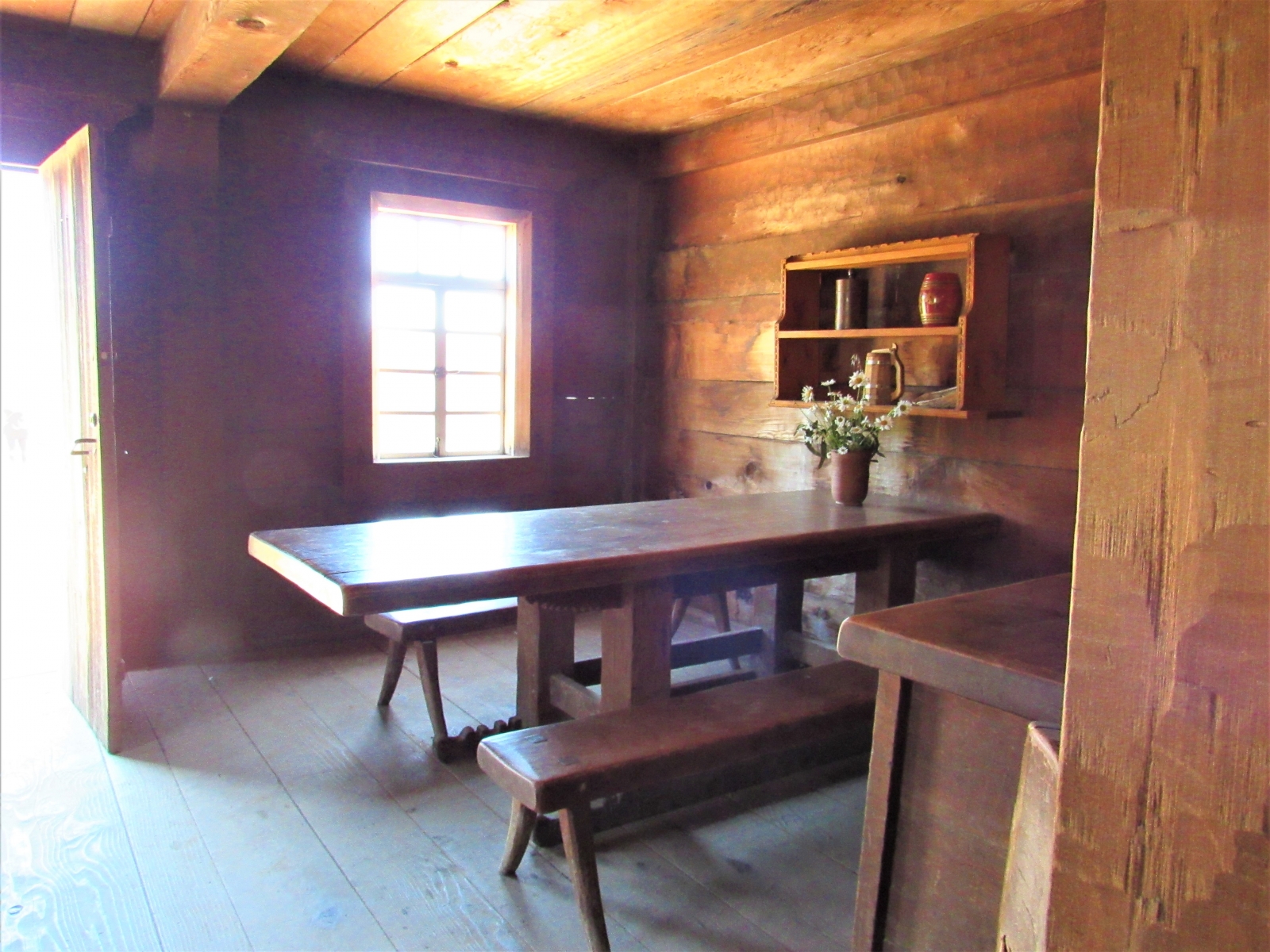 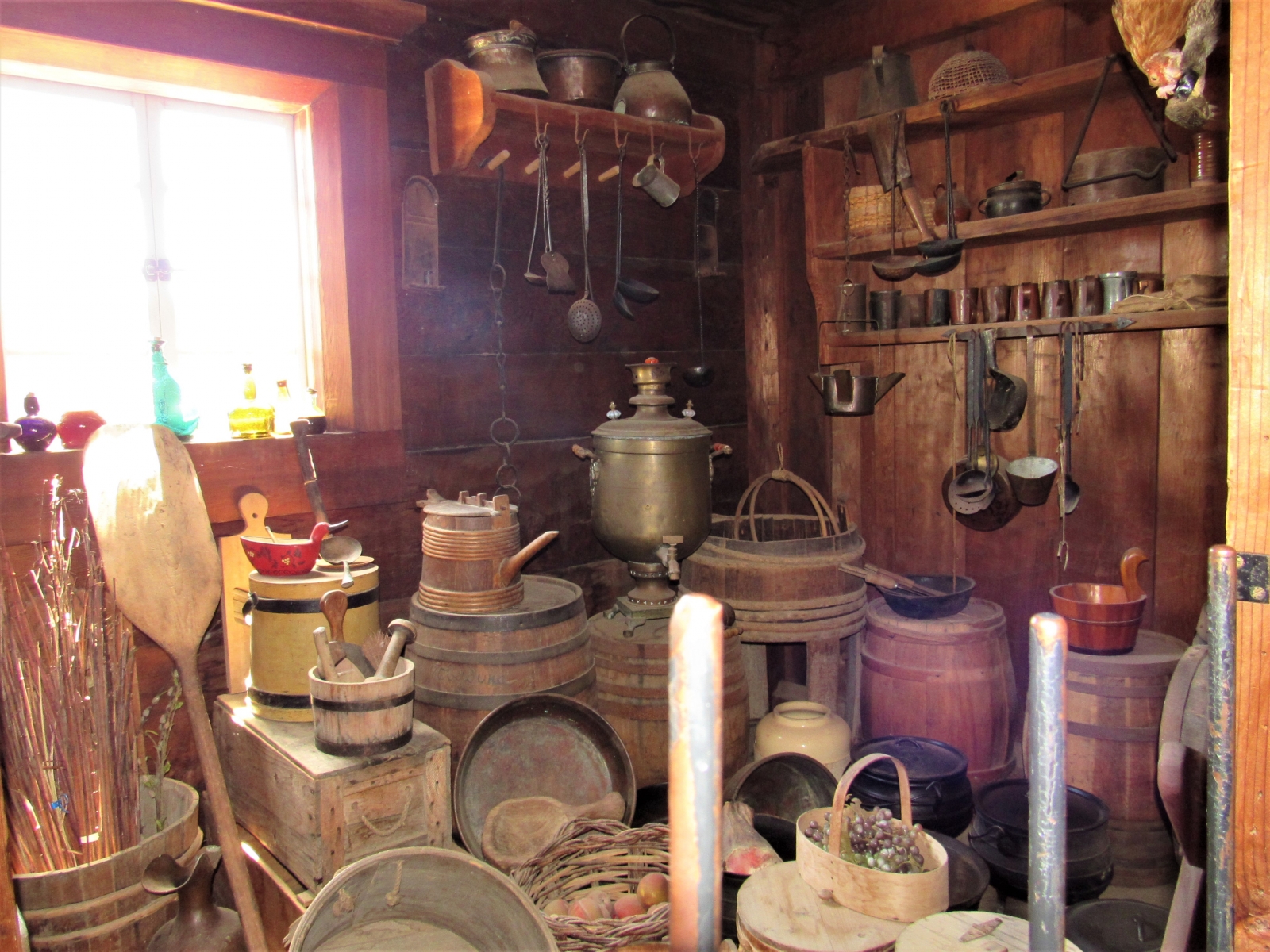 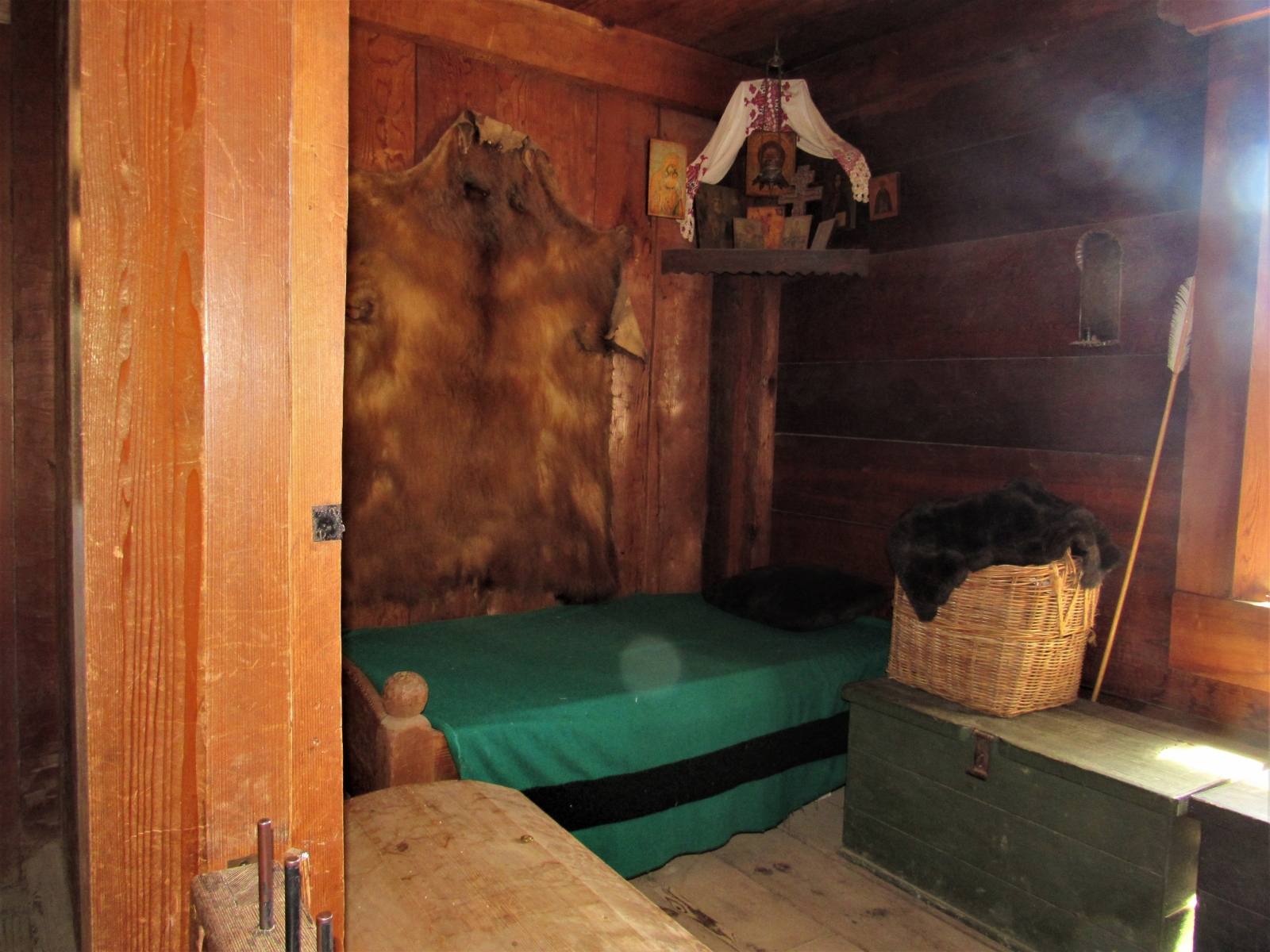 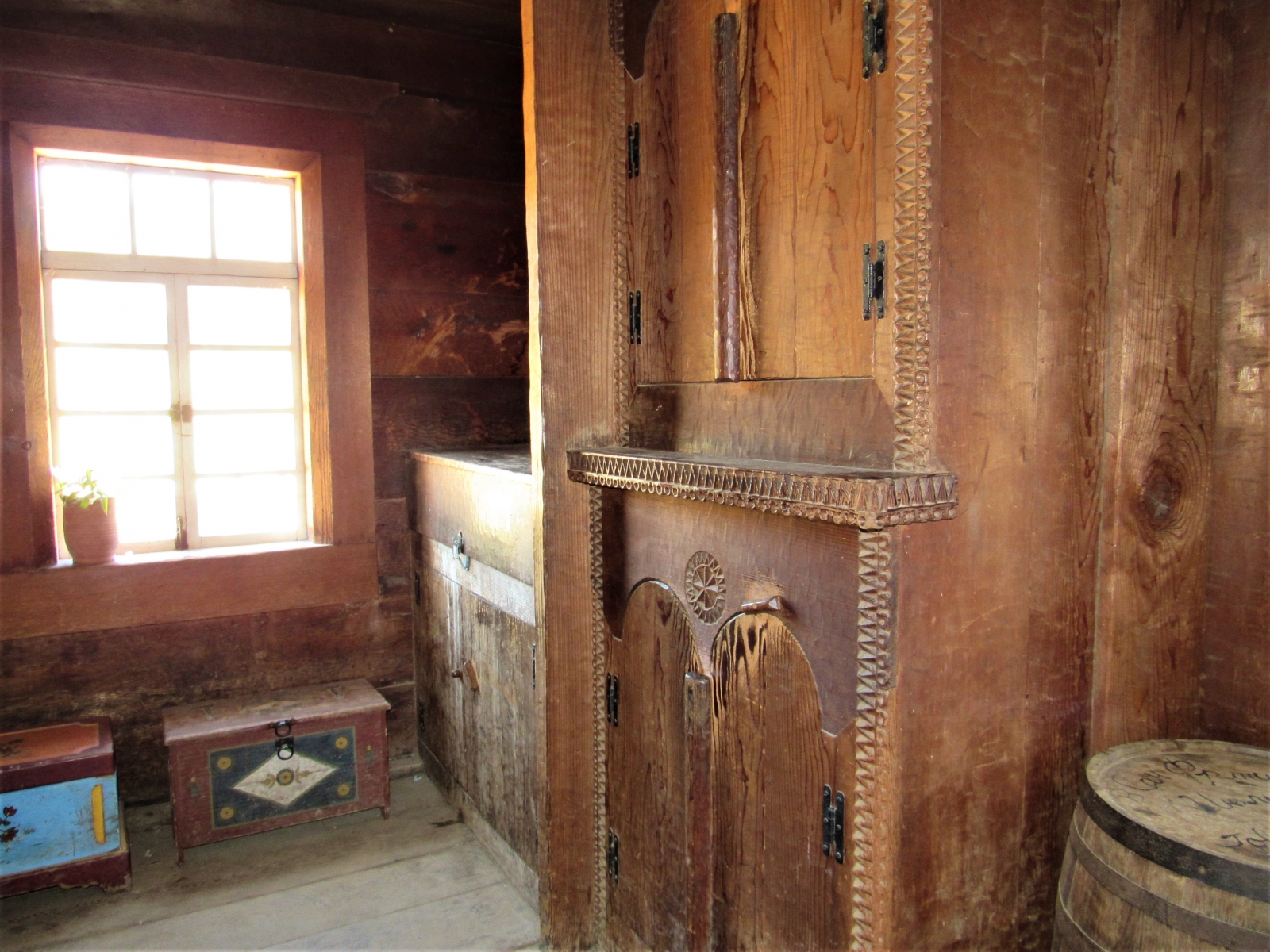 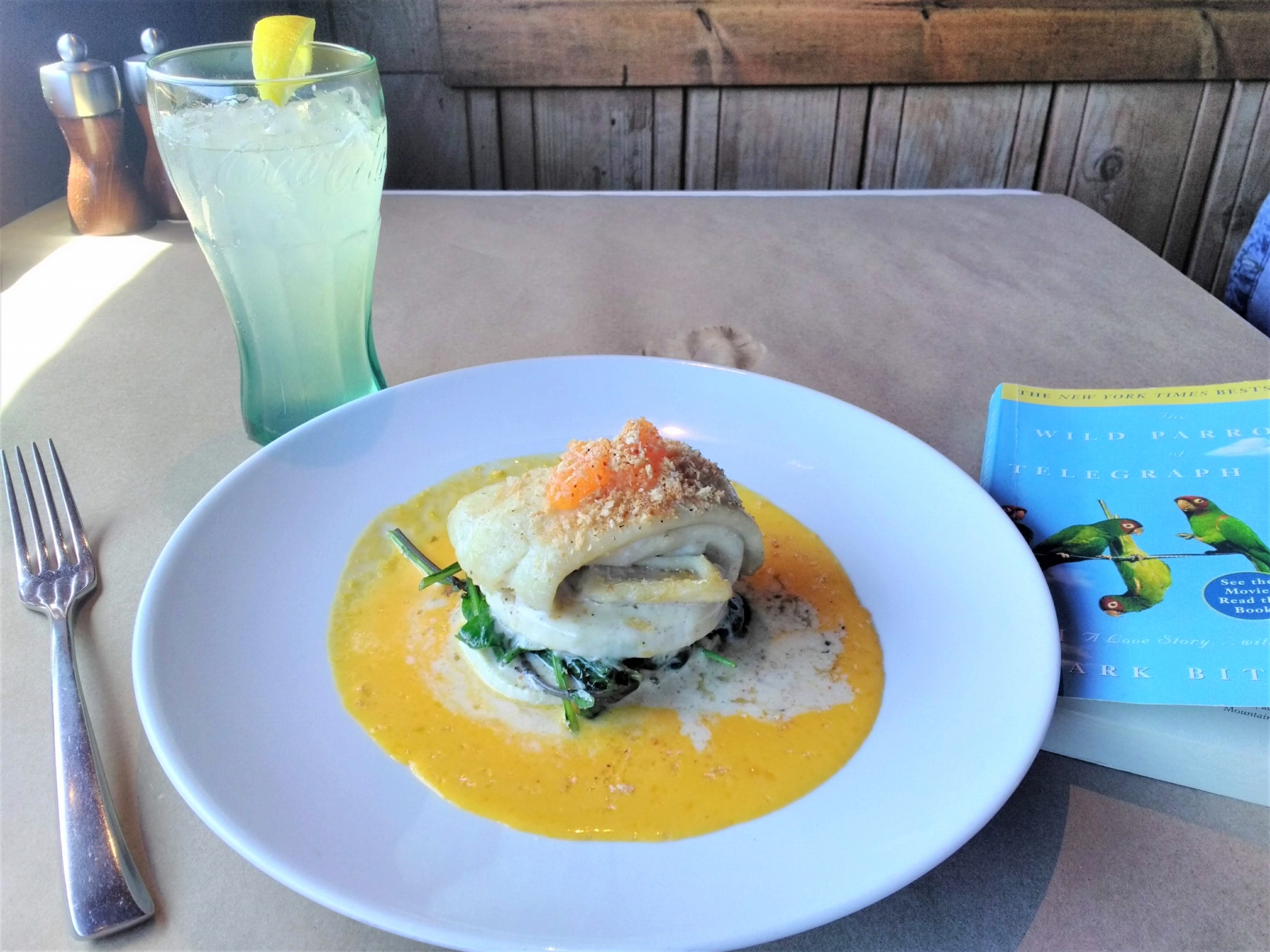 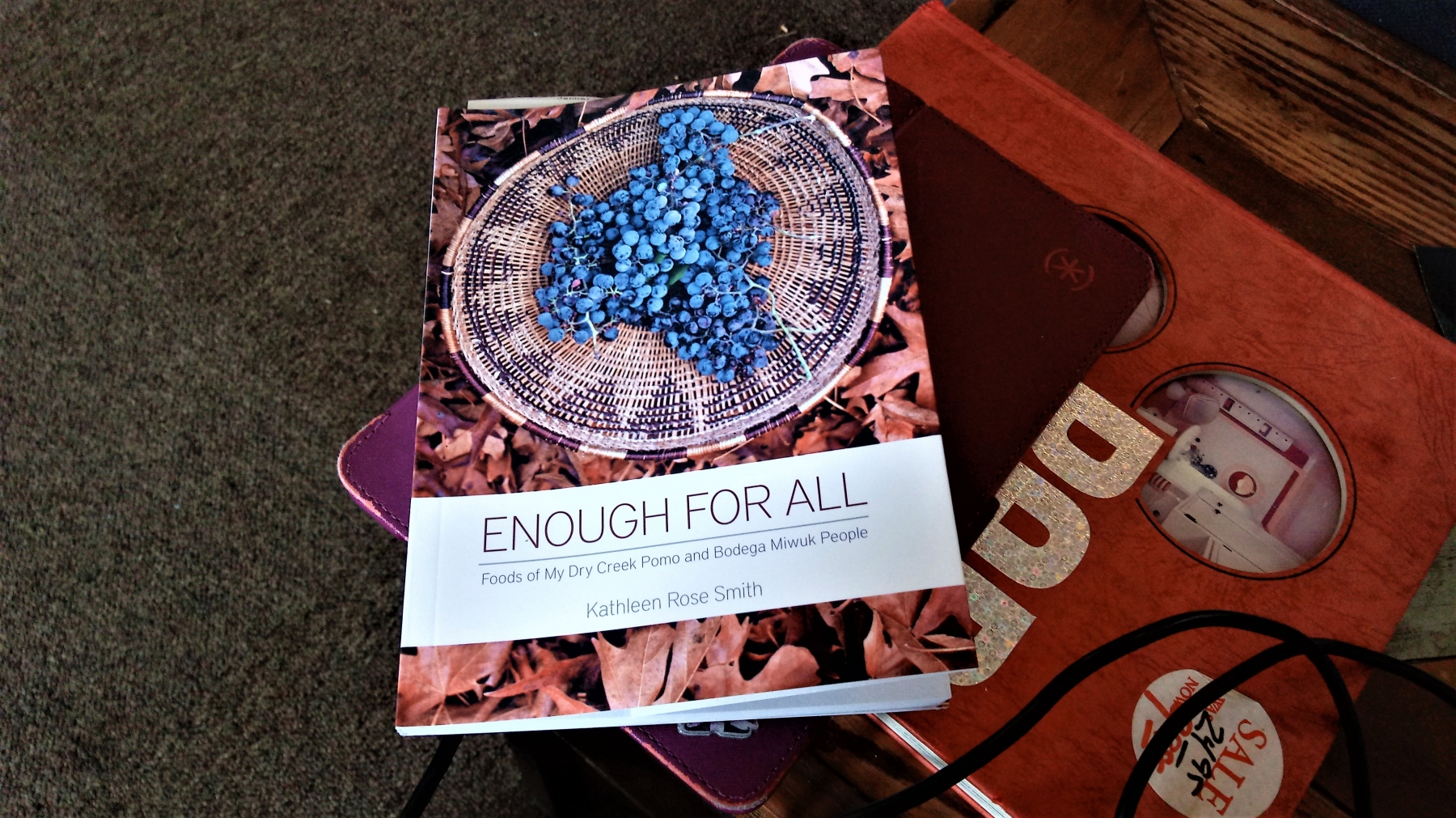 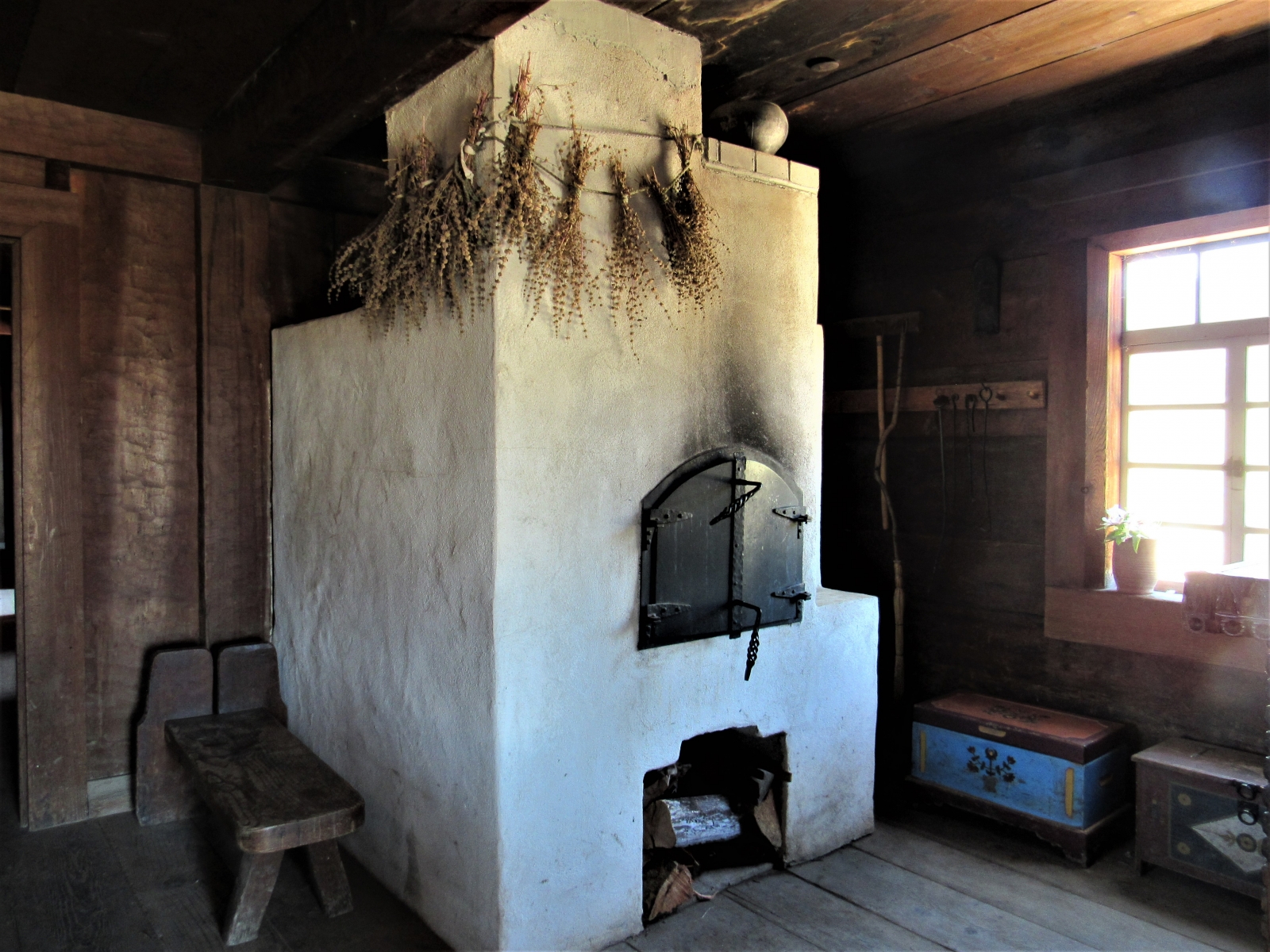 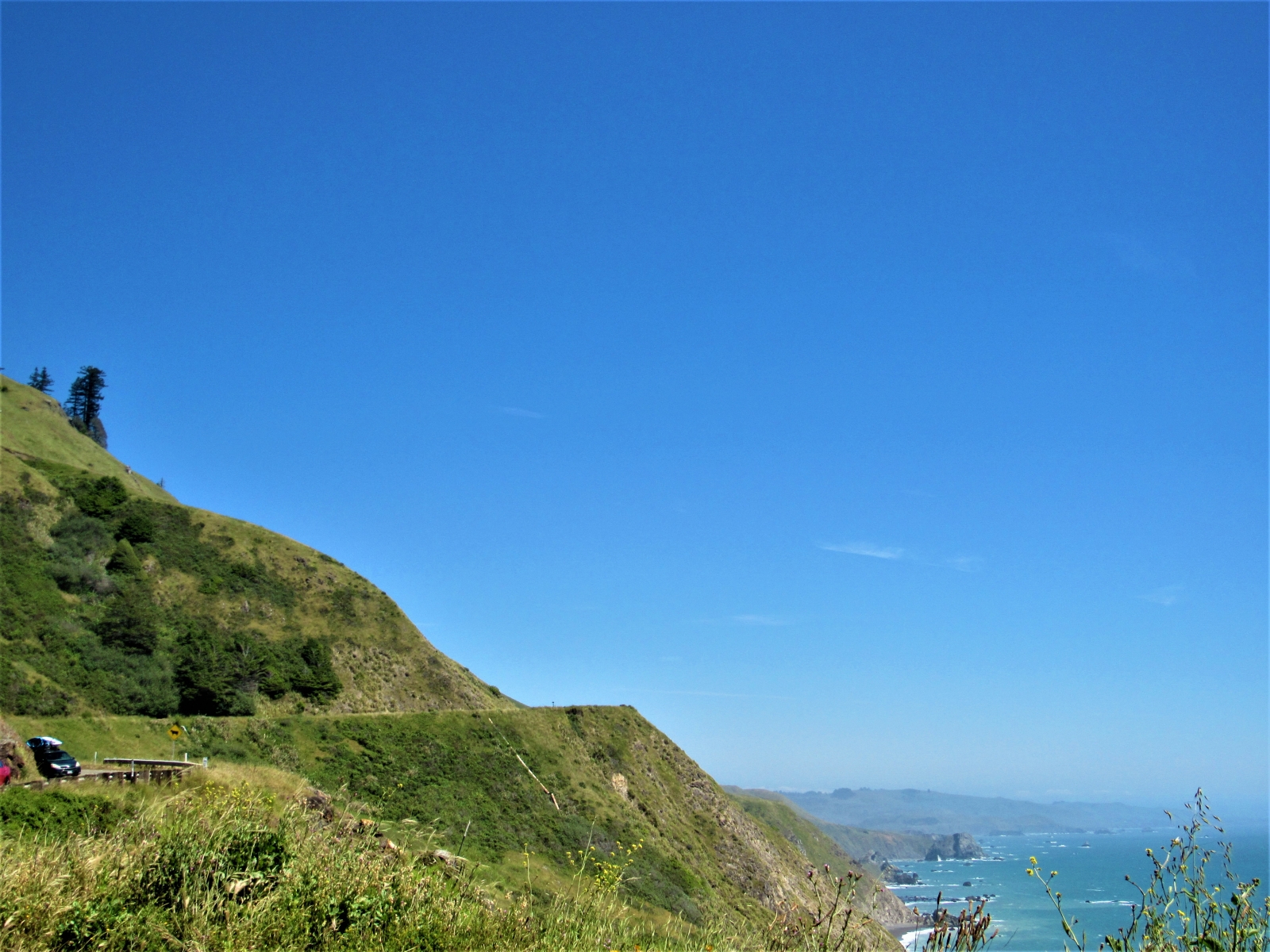 One thought on “Three Hours / Twelve Miles / One Book”