At 7:30 a.m. on the Saturday of the last weekend in October, many tasks await me.

My mail-in ballot sits under a stack of oddments pulled from my leather backpack during the frantic search for the earrings that I took off right before surgery last week.  I haven’t put away the load of clothes that I ran through my combo unit on Wednesday or washed my assortment of leggings in preparation for the coming workweek.  Don’t get me started on the breakfast debris cluttering the counter; the sitting-room light cover gathering dust on my desk; or the half-made bed on which I collapsed, exhausted, after last evening’s laborious trudge from the garden meadow after the community movie night.

Instead of attending to any of those obligations, I spent an aimless hour scrolling through the automatically uploaded photos from my phone, social media posts from my friends with children and grandchildren of Trick-or-Treat age, and ruminating on my sister’s kindness.

I don’t begrudge that hour.

The lost earrings disappeared in the haze of twilight sleep.  I bought them for myself at Vulcan’s Forge in Kansas City in one of the dark years between my last divorce and my dash west to safety from the memories which haunted me everywhere I turned in my beloved Brookside bungalow.  I quite liked those earrings.  They consisted of a single, delicate disk of blue stone — sapphire, I thought — welded on a thin sterling wire with a secure catch.  I bought them in a wistful moment to go with the sterling-and-sapphire necklace that my then-husband gave me for the last birthday we celebrated together.  He presented them without ceremony over dinner with his father at some Johnson County restaurant where my clothes looked as out-of-place as my wild Lebanese hair which, at the time, I was striving to let go naturally grey.

For a few years, I saved that necklace for special occasions.  Truth told, though:  I don’t have many of those.  I don’t go on dates.  I live in the California Delta, which defines casual.  So now I wear that strand whenever its color and shimmer will enhance the dress-and-legging-combination du jour.  Its silky feel against my skin never fails to raise a smile.

I took the earrings off just before they wheeled me into the operating room to allow a surgeon to commandeer a slice of my right calf for diagnostic analysis.  I had left all of my other jewelry in the little safe at my hotel room just before my 5:30 a.m. Lyft ride to the Stanford Outpatient Surgery center.  The driver had made a pleasant observation about my being an early riser.  When he realized where I had asked him to take me, he drew to a sharp halt beside the car door which he had started to close.  Alone? he asked, in the startled voice which instantly told me that I could trust this stranger.  I admitted as much.  He held his hand above my arm as though he wanted to give me a gentle pat but knew that doing so would violate the rules of our relationship.  I thought I saw him shake his head just a little, with something like chagrin.

I wore those earrings every day because they fit so well and the clasp stayed securely shut.  I could rake a comb through my tangles, struggle out of a tight sweater, or sleep like a dead person without losing one of them.  So I didn’t think about them until the nurse asked if I wore any jewelry.  She waited while I disengaged their clasp and slipped them into the zippered pocket of my purse.

Or so I thought.  But a day or two later, when I realized that I still had not unpacked from my brief sojourn in Stanford’s grip, I could not find them.  Did I imagine the conversation with that white-clad attendant?  Had I taken them off at home, in the hotel, or in the cold, sterile environment just before the anesthesiologist flashed the Men-In-Black light which robbed me of any memory of the surgeon’s knife?

Two nights ago, I searched through the online shop of Vulcan’s Forge for something similar.  I have no business making a purchase for myself two months before Christmas, when I have friends and family for whom I want to buy gifts before my trip  home.  But I wanted earrings to replace the ones that I have determined no longer exist within my realm.  Call me selfish; call me sentimental; say that I create a false dialogue for the soundtrack of my solitary existence. Guilty, guilty, and guilty.

As I wended my way through Russell Criswell’s amazing merchandise, thinking about him and the custom work that he does as well as his pleasant personality and intriguing travels, my sister Joyce called.  I continued browsing while we talked.  I told her about my earrings.  Suddenly, I found a pair not exactly like the ones I lost but evocative of them.  I gasped and then excitedly explained.  But no, I ruefully observed.  I’m meant to be saving for my grim, future existence.  A few minutes later, I heard an alert on my phone.  My sister had sent the cost of the earrings via Venmo with a note, Merry Christmas, buy the earrings.

My coffee grows cold in the pottery mug sitting on the edge of the counter.  I’m still gazing at photos, remembering the moments in which I took each one.  Here I sat waiting for a boat to pass, while the Mokelumne River drawbridge stood open.  Here I pulled over to the ditch, gazing at a red-tailed hawk perched on the branches of the old tree that the county has been slowly dismantling over the last few months.  Here I leaned against my car to snap the crimson glow of the setting sun through the wires above the park.

In a little while, a woman named Dani, who travels the country in her trailer with her service dog Smokey, will stroll over from the east side of the park.  We will take my car and tour the Delta before heading to Lodi so she can run a few necessary errands.  Somewhere along the way, we’ll stop for what my mother would call “a good lunch”.  Everything that I should be doing instead of writing and ruminating on the bumpy contours of my tiny world will have to wait until my return.

It’s the twenty-ninth day of the one-hundred and sixth month of My Year Without Complaining.  Life continues. 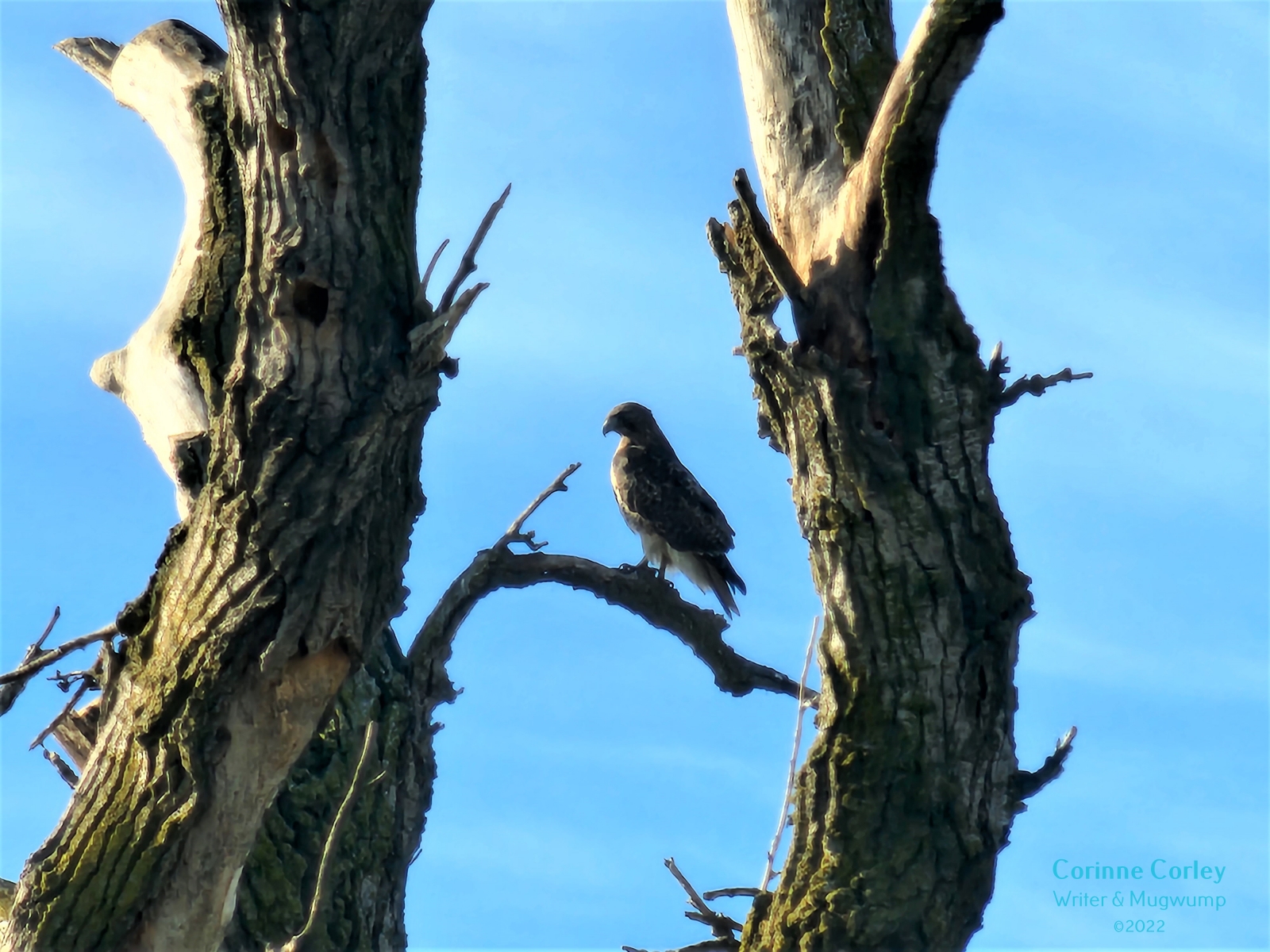 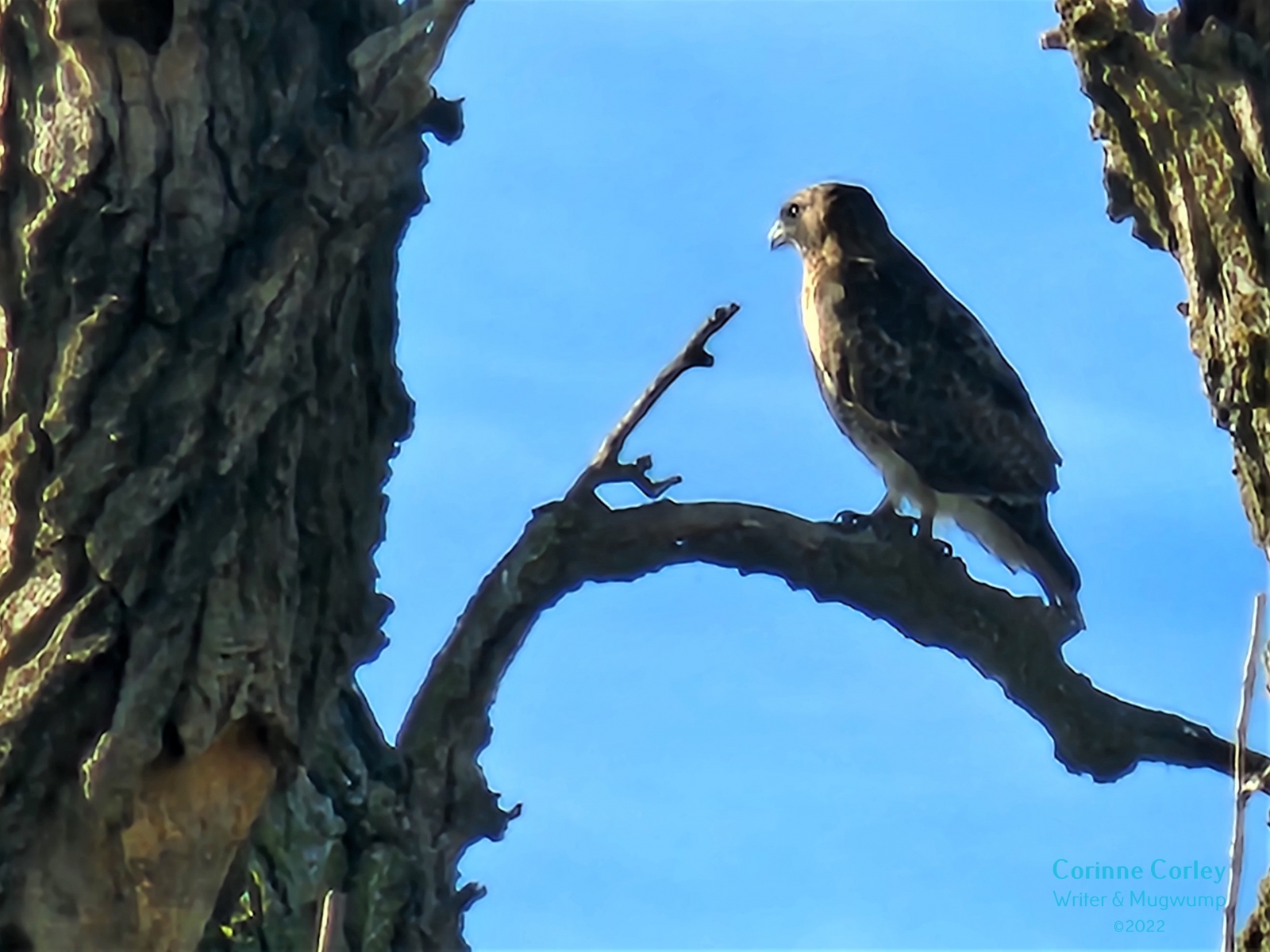 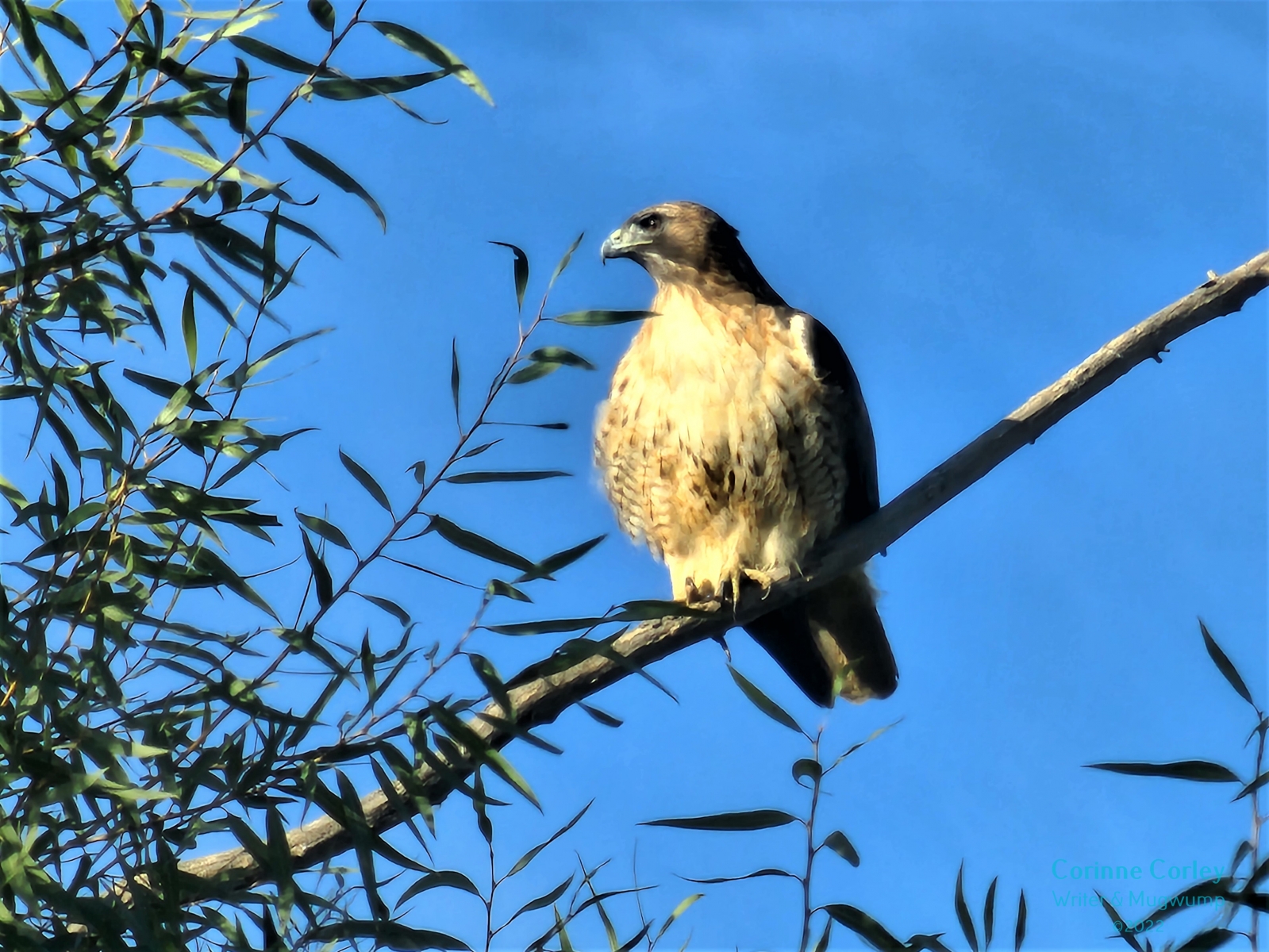 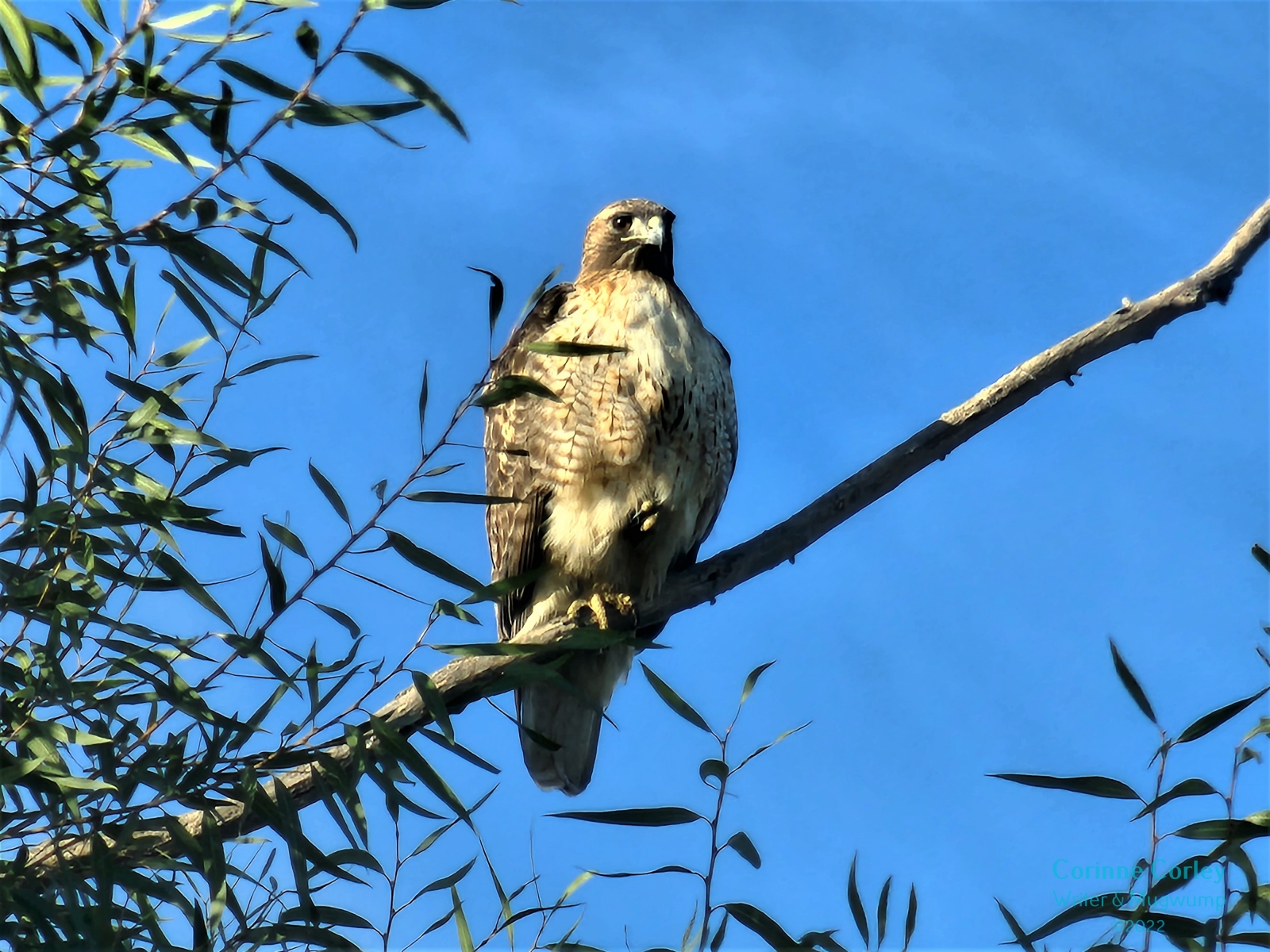 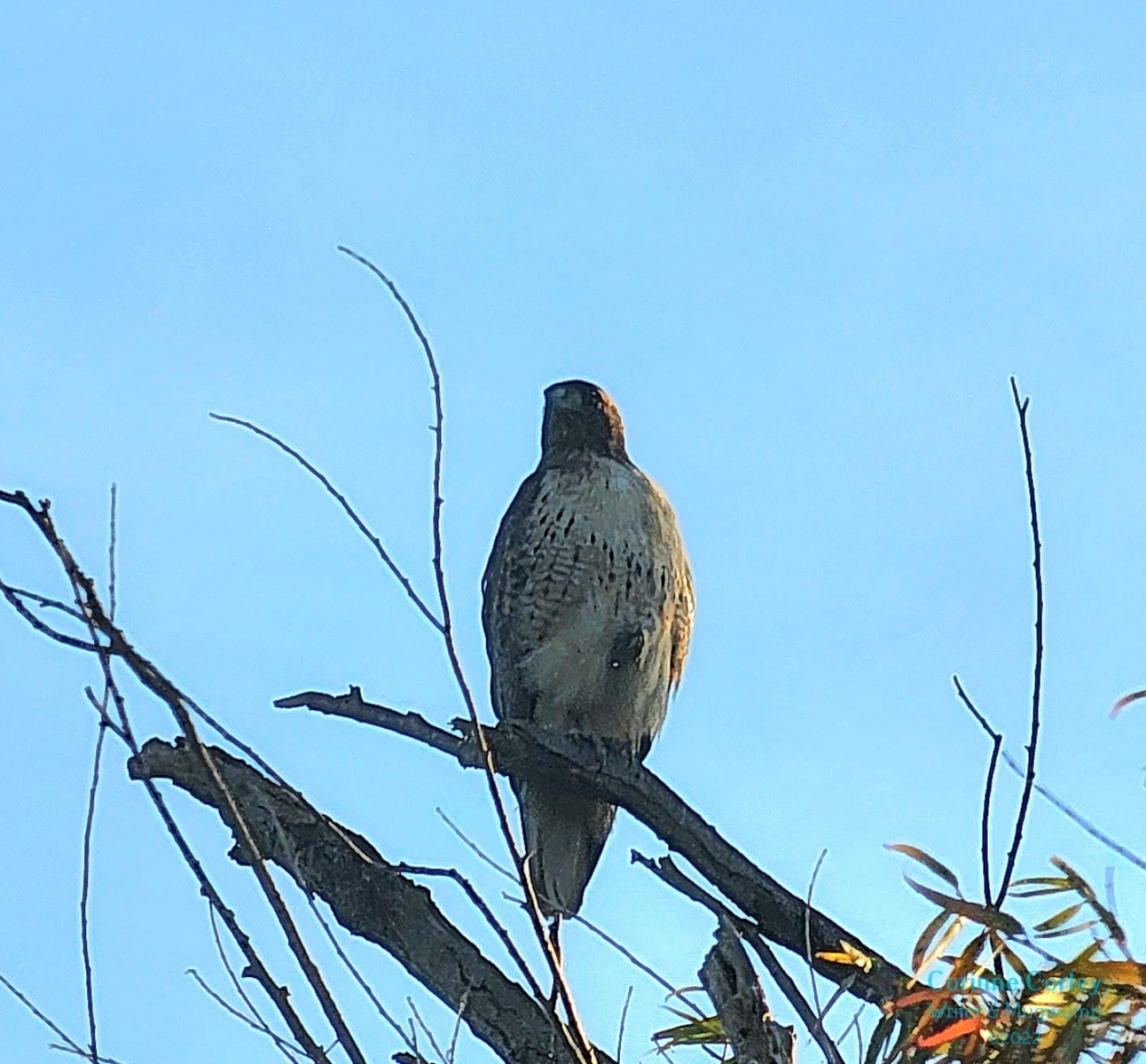 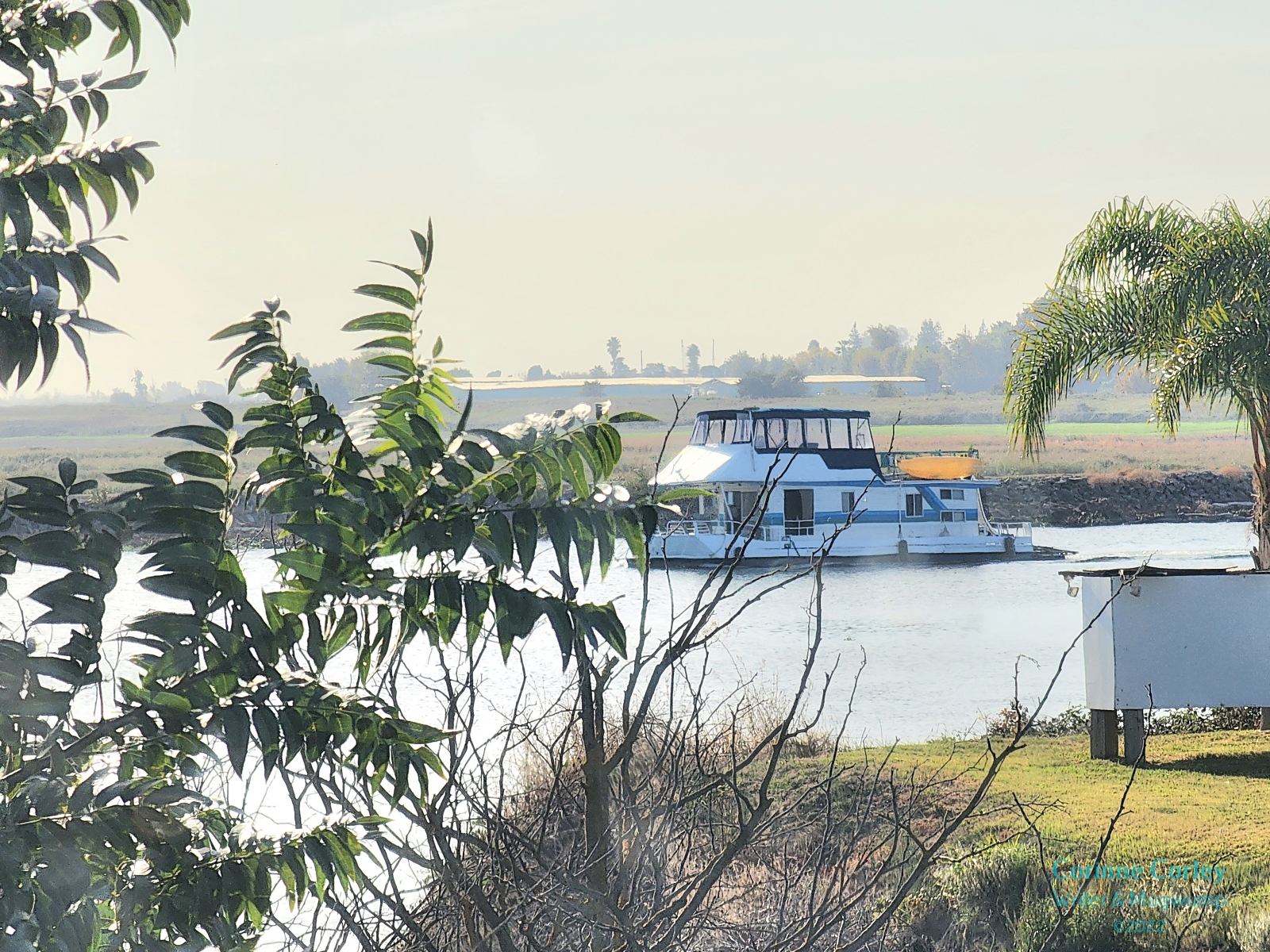 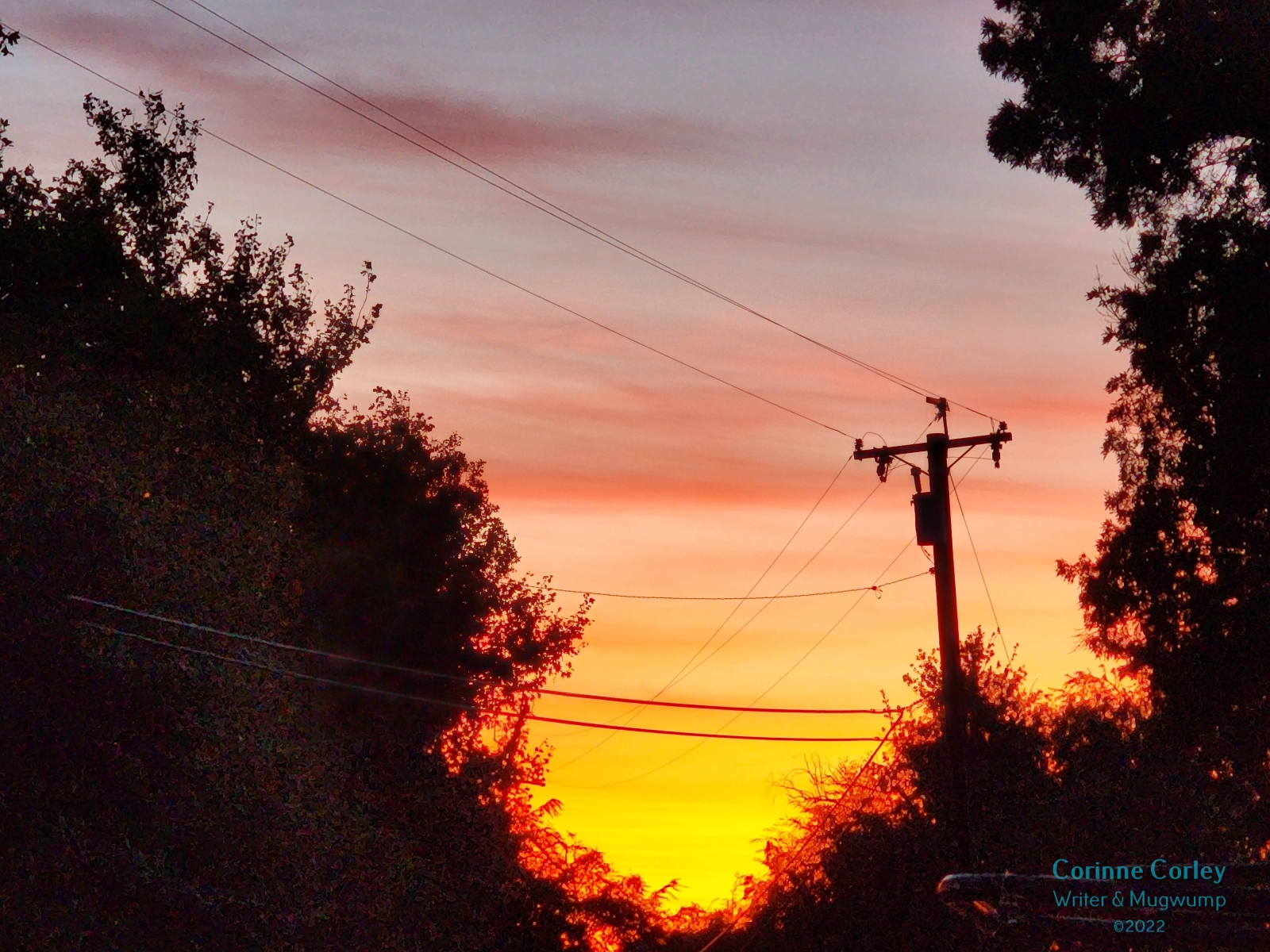 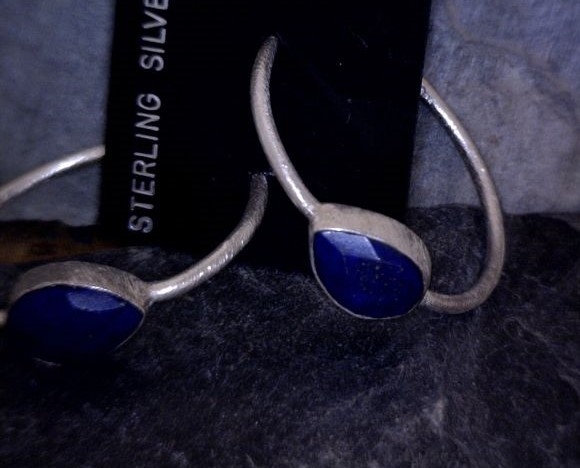