Every so often, I get a notion to try to change the clock in my car.  I currently drive a 2012 Toyota RAV4, which I’m told that I mispronounce but which I enjoy.  It has two clocks, one in the dash and one in the after-market stereo/radio.

I continued to sit as the air grew cool around me.  Funny things, clocks.  They have no agenda other than informing you of the point which you’ve reached in your day.  We never glance at one until we’re certain that we missed an appointment.  Then we scold or salute ourselves, as appropriate.

My mother used to tell me that I had been born on time.  I arrived on my due date and just about the hour that the doctor had expected, given his knowledge of my mother’s five prior deliveries.  Labor Day, 1955.  September 5th.  Monday.  My whole life, I’ve told people that I was born on 09/5/55 at 9:05 p.m. and that my father celebrated with a six pack of 9-0-5 beer — a St. Louis chain which had a store within staggering distance of our house.  The pressure of timeliness weighs on me at times.  I’ve felt a day late and a dollar short for years.

I finally broke my gaze from the flashing lights on the dash and hit “menu” to accept my entries.  I’ve just started using my workhorse laptop from my old office because of its bigger screen.  It’s still set to Central Time.  I went inside to get my life in sync, as the sun slowly sank in the western horizon, and the shadows began to stretch across the meadow.

It’s the tenth day of the sixty-third month of My Year Without Complaining.  Life continues. 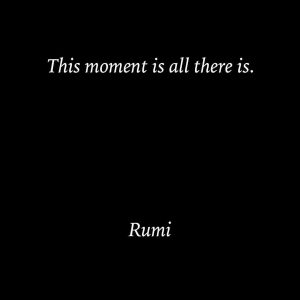 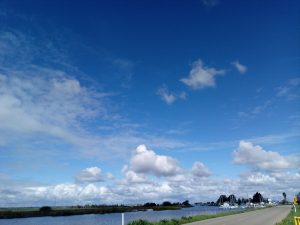