Even after sixty-five months of striving to live complaint-free, I still routinely chastise myself for making mistakes.  At the same time, I grow both more tolerant of the mistakes of others; and less capable of letting deliberately mean-spirited behavior slide.  #sorrynotsorry

Today I discovered a small but critical error which I’d made, partly assisted by failing technology.  I could have discovered the error sooner.  Because I didn’t, several folks will be slightly inconvenienced.  I found myself battling against derogatory self-talk.  I remain harder on myself than I’ve ever been on any human being  I’ve penned a stern note with an imaginary Sharpie in my mental notebook. I placed a large red check next to it so I would not forget.

In fourth grade, my teacher “Miss Dilalo” hurled scathing insults at me whenever she could.  On a memorable day, she jammed the tip of a red Bic pen into my cheek and drew a deep check, snarling, This is for your lousy handwriting!  it matches your ugly freckles!

In a flash, I lifted my right hand and back-handed her on the face, a hard, noisy slap that startled me as much as anyone.  She hauled back her arm and punched me, and then raged, dragging me outside, pushing my coat at me and screaming, “Go home!  Go home!  Right now you horrid brat!”

I limped the mile to our house where my hung-over father seethed at the sight of me.  I sobbed out my story.  Dad drove us both back to school and confronted the principal, who summoned Miss Dilalo.  My furious father demanded an apology.  She glared at him, quivering, unrepentent.  In the end, I returned to class in a silent fog.  Miss Dilalo vanished a few weeks later.  I imagine now that my father’s  outraged demands got her fired.

When my father died, I found a folder of complaint letters in his desk.  He had attached any replies to the letter which he had sent to which the reply had been made. A skipped newspaper delivery; a missing part; a broken shipment; a damaged package.  I thumbed through them, thinking about my father and all the harm he had done.  But then I remembered Miss Dilalo and the red check mark.  I remembered the feel of my small hand against her face, and the jolt of her fist on my shoulder.  My father’s eyes flashed anew;  his voice again rose to a harsh crescendo.  Nobody punches my daughter!  Nobody!  And what if her handwriting is bad!  You had no right!!

Even now, I barely comprehend the vigor of his protest.  He had done so much worse, repeatedly, without uttering even the slightest apology.  As a nine-year-old, I hung my head and  listened in misery as the grown-ups argued, wishing I could die, wishing that everyone would just stop screaming.  I’ll try to do better, I whispered, I’m sorry that I lost my temper.  I’m sorry that I slapped my teacher.

Or maybe I never said anything at all.  Maybe I  just stood silently, waiting, wanting to be anywhere but there.

It’s the twenty-second day of the sixty-fifth month of My Year Without Complaining.  Life continues. 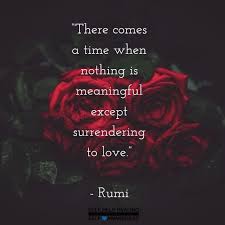 One thought on “#sorrynotsorry”