Every so often, the city lures me.  I head west to the edge of the nation.  The song of the sea would be enough, or the soft caress of the morning fog.  I slowly stroll along the closed stretch of the Great Coastal HIghway with my walking stick and my crossbody satchel.  Bikes fly past followed by small sturdy children on scooters.  I trudge down the pavement, with the ocean’s voice in my good ear and the wind on my face.

Yet another young specialist has delivered an uncertain verdict, with echoes of the circles and arrows and paragraphs explaining each of the fluttering pages on the sterile desk.  This one had a more fervent tone.  He didn’t snap in my face, or touch my knee, or crinkle his face and call me “Missus Corley”.  He spoke with perfect grammar.  But he had no more answers than any other whiz kid, nor more certainty than the venerable oldsters.  He offered even fewer solutions than most of them: a drug that I do not like and probably will not take; referral to an even more esoteric set of scientists; and fulfillment of my request for another round of neuro-physical therapy.  He gathered his sheaf of papers with its twin reports — one study of 18 persons, another of 6 — in total, a tale of 24, of whom this nice fellow thinks, maybe, I might be one.  The twenty-fifth.

With two more, I could be a study.  Maybe I’ll stand in the street.  I’ll binder clip the print-outs and accost passers-by from behind my stay-safe surgical mask.  You could be in a cohort,  I’ll urgently say, to anyone with even the suggestion of a gait like mine.

We did not shake hands, the doctor and I.  Nor the med student, though she walked with me to the elevator and made small talk.  I left the hospital and took my stroll along the oceanside, trying to find a cut-away that would take me close enough for a photo without having to climb a sandy berm with my unsteady legs.  I had to walk for thirty crippled-girl minutes, then thirty more back to the car.  Fatigued but determined, I navigated the streets of San Francisco to a pre-selected destination for what promised to be a perfect vegan dinner.

Mid-feast I got a new waitress, and a little vessel of sea salt which the otherwise exquisite plant-based, gluten-free pasta dish desperately needed.  Hailey served a wonderful gelato so luscious that I had to ask twice if she guaranteed that it had no cream.  She laughed as though she’d answered that question a thousand times but she admitted that she had just started working at Wildseed last week.  She gestured to the sidewalk booths.   Some had been part of the original restaurant.  Some had been built since the world stood on its ear and everything moved outside.

After dinner, I walked on the grounds of Fort Mason.  In the past, I would have stayed at the hostel there but it had not yet re-opened when I made my reservations.  I rested on a bench and watched the fog roll across the bay.  I breathed the freshness. I watched the clusters of friends walk across the grass.  It struck me that life has returned to normal; a new normal, possibly.  One in which you cannot see the lower half of anyone’s face; where you do not shake anyone’s hand; and where you have to laugh a little louder and smile with your eyes.

It’s the seventeenth day of the seventy-ninth month of My Year Without Complaining.  Life continues. 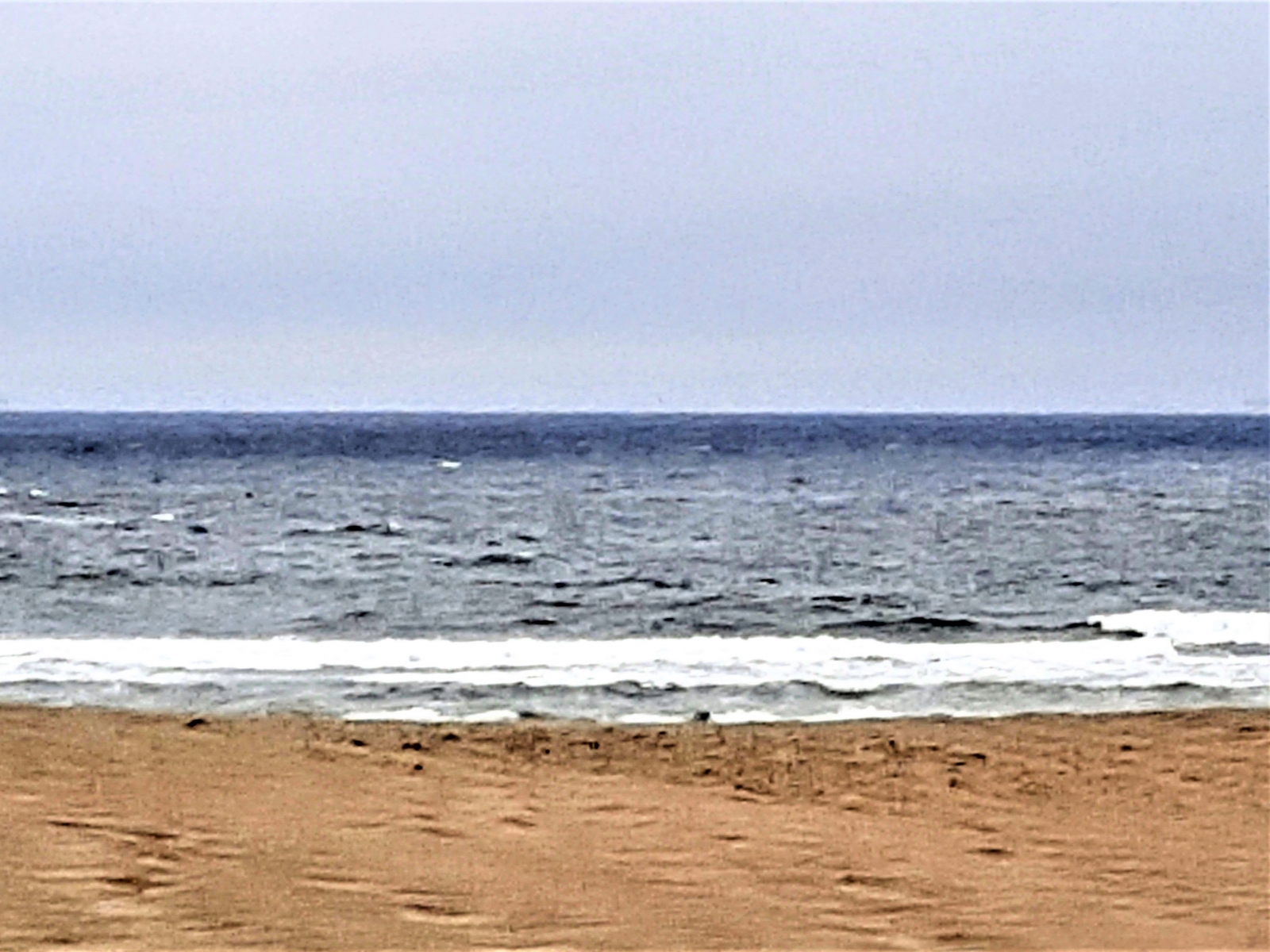 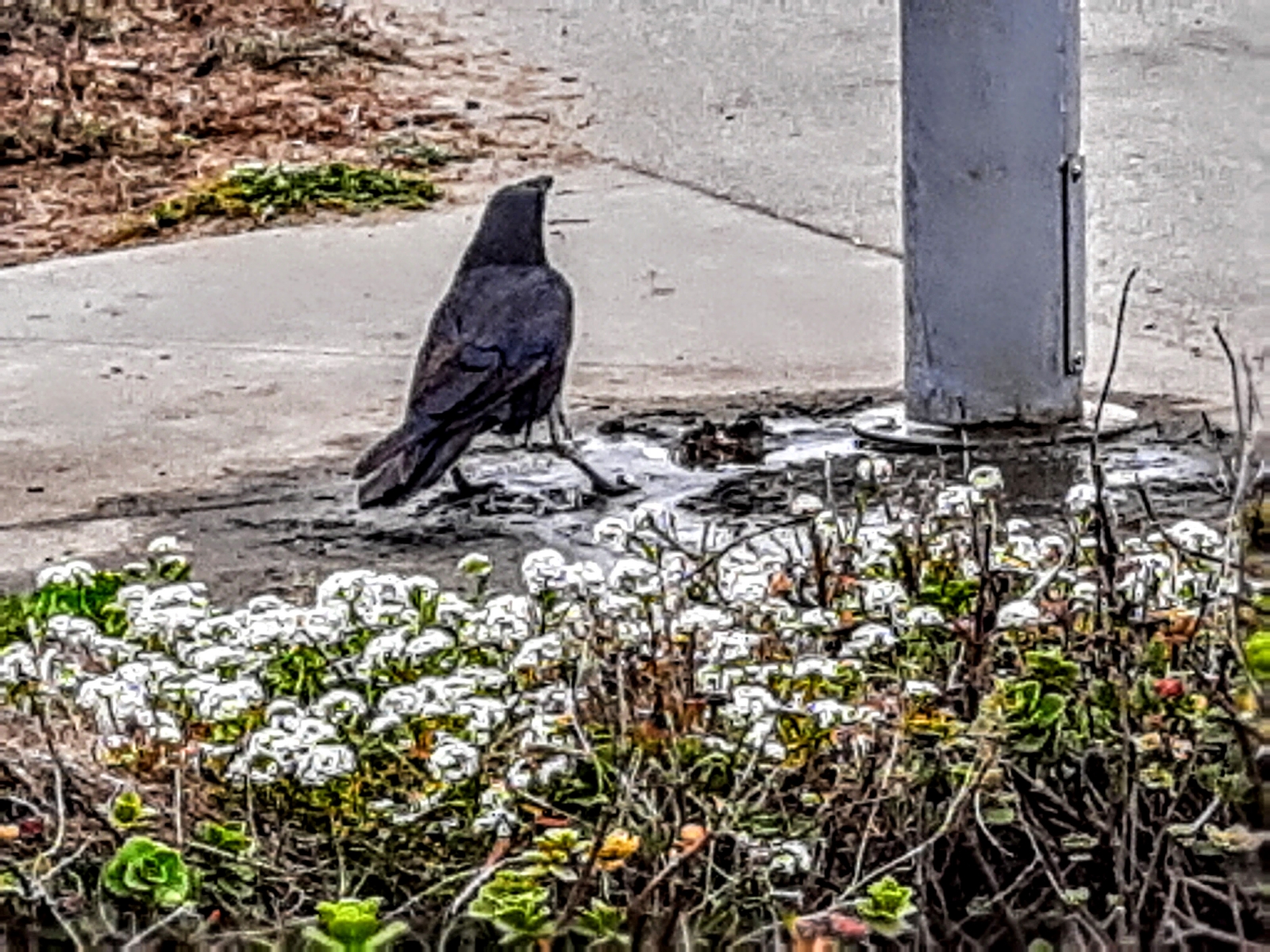 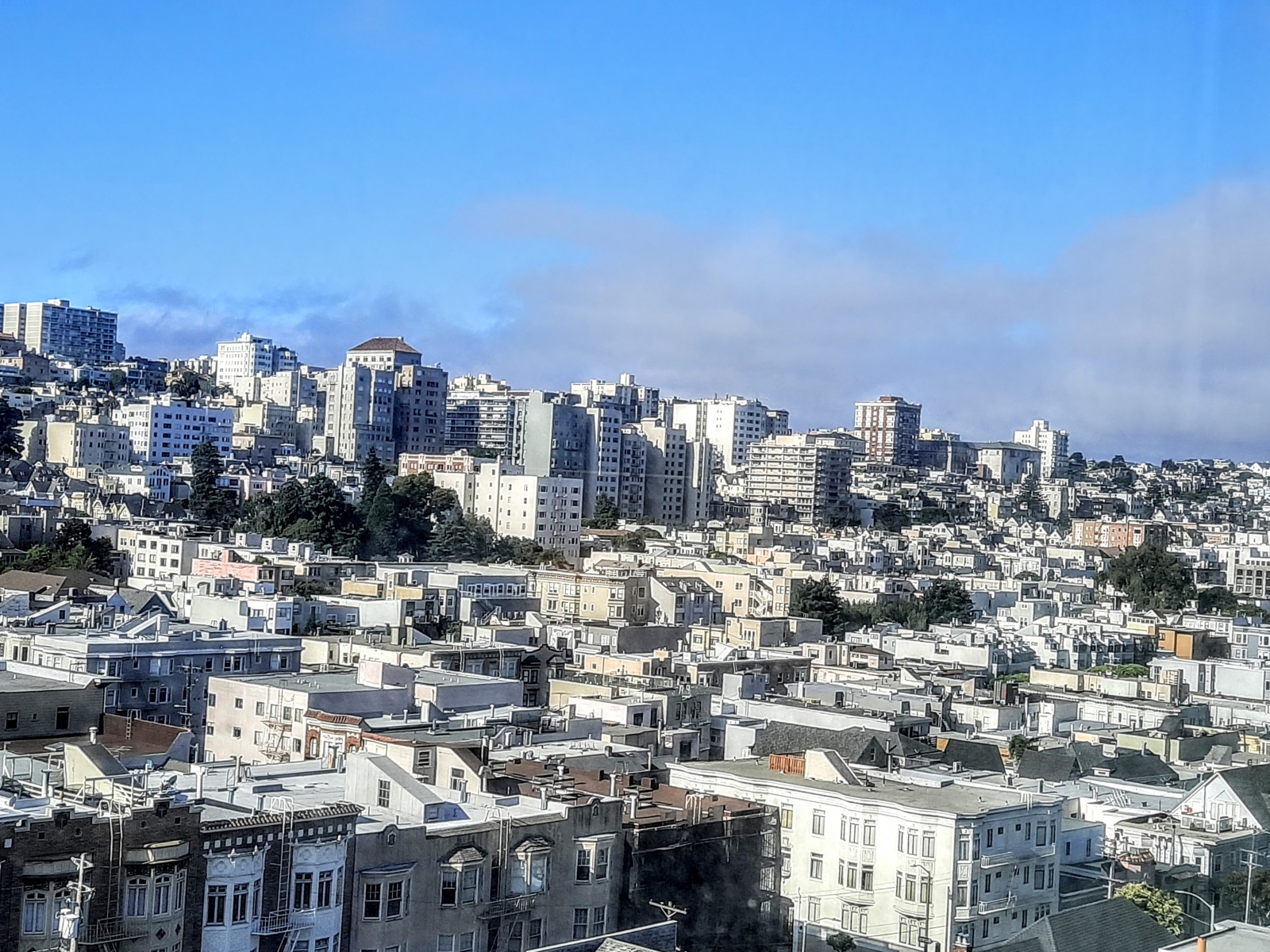 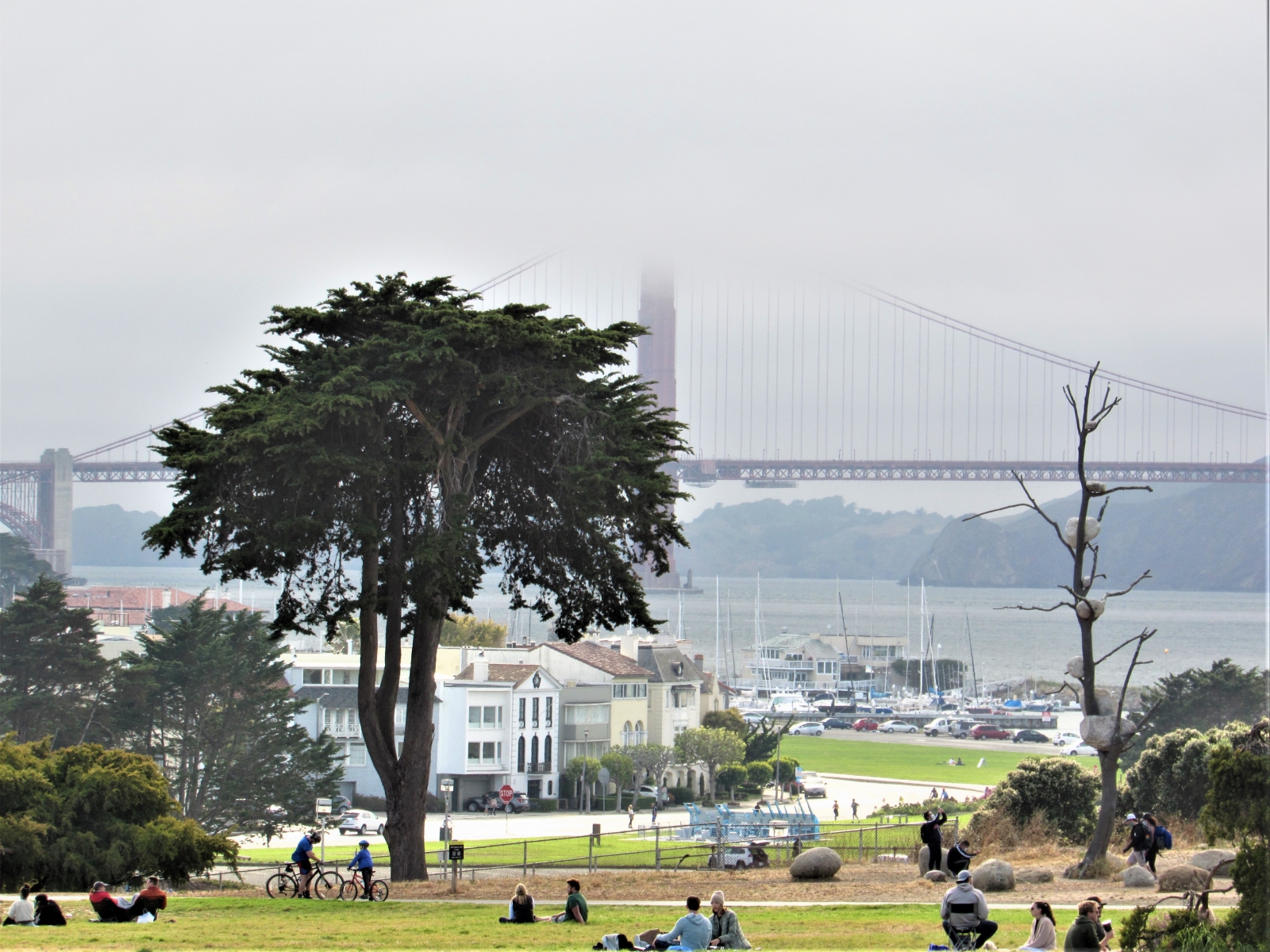 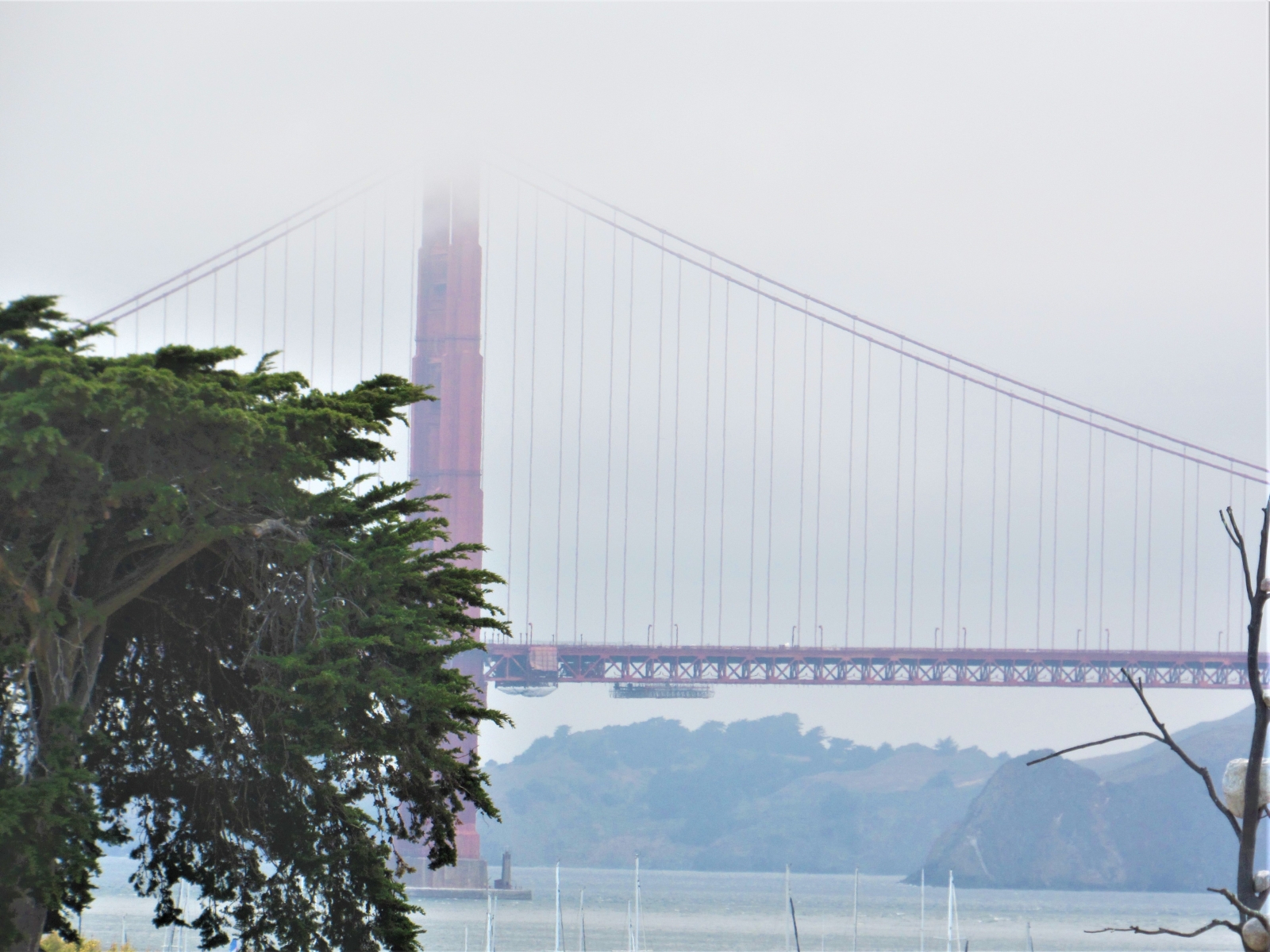 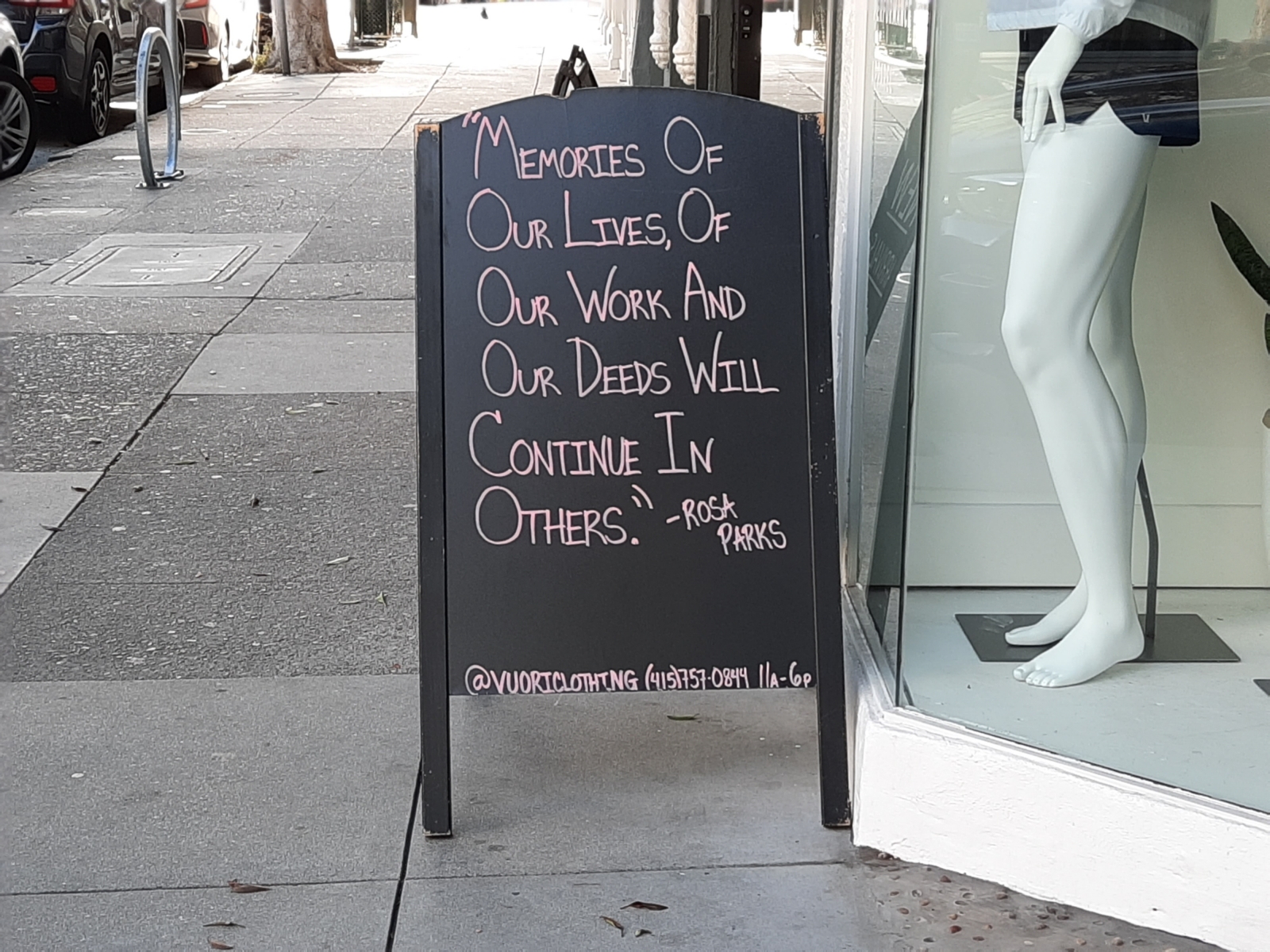 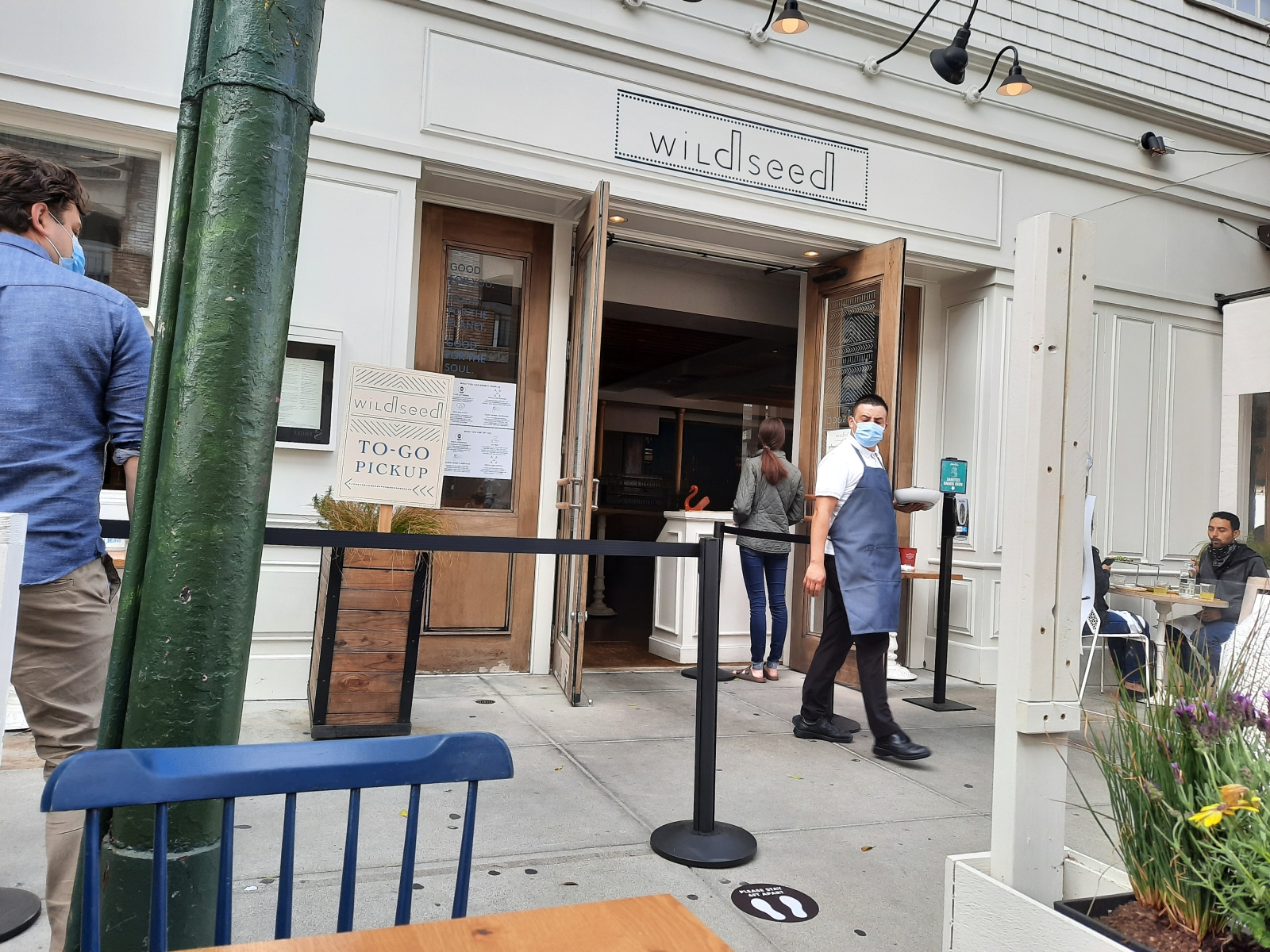 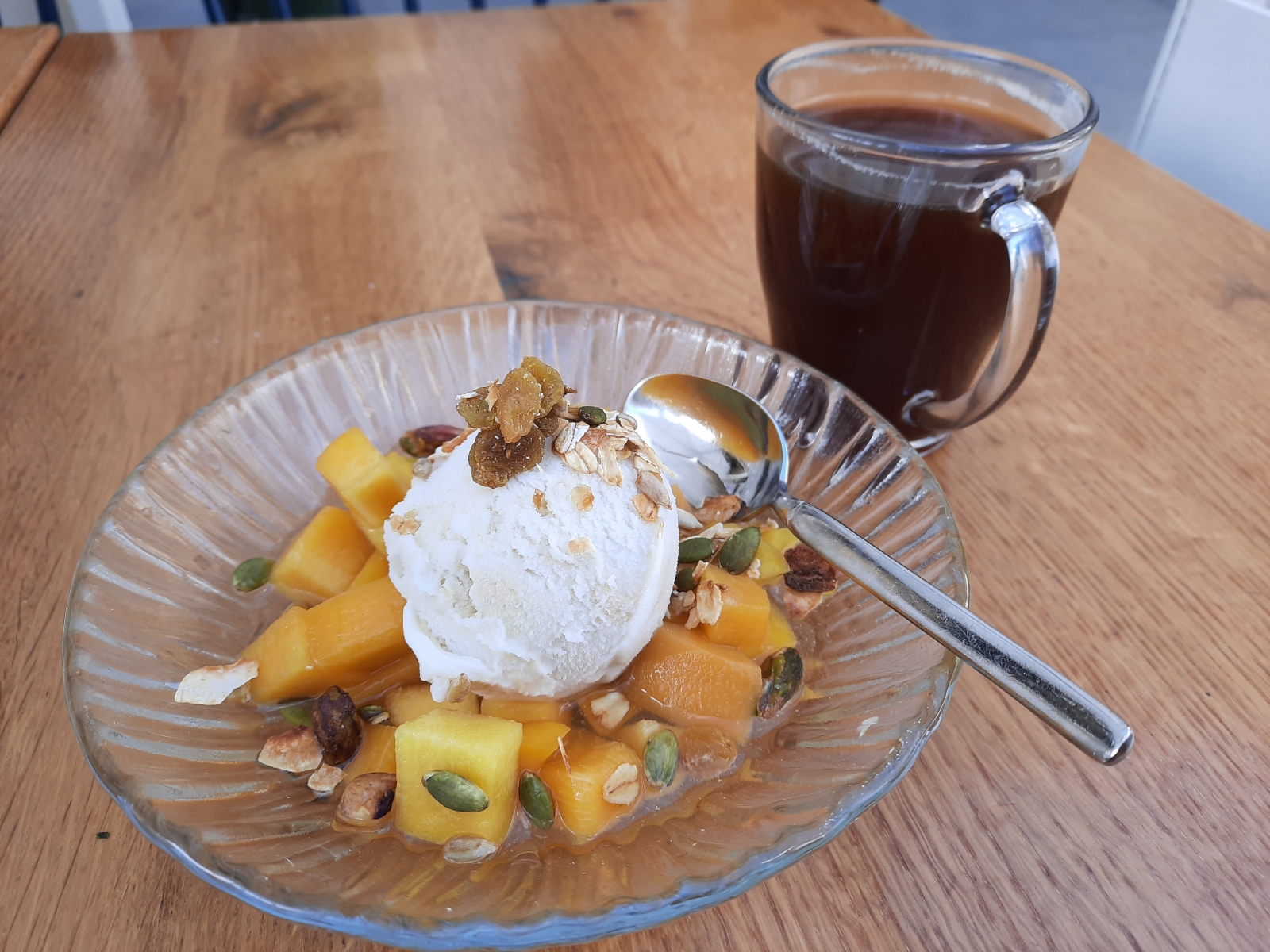 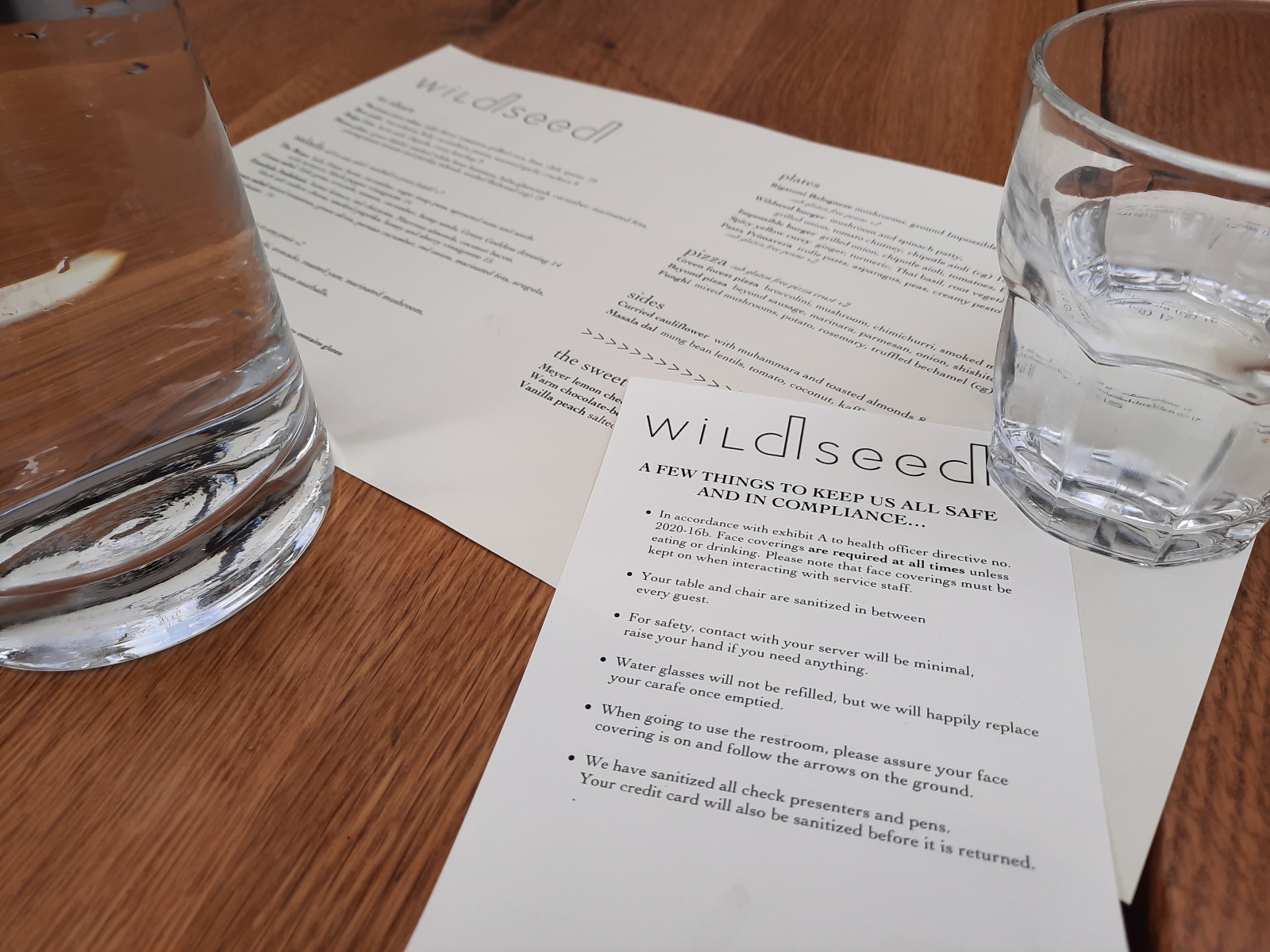