I spent thirty-five years practicing law (so far), and I have formed a lot of opinions about customer service.  I’ve done my share of bungling but for the most part, my clients liked the work which my firm provided.  I had great staff and I worked my little butt to its bony base trying to do more than the meager sums which I charged would typically allow.  I considered myself a difficult boss but an earnest provider of legal services.

Today I reached my wit’s end with a company’s representative with whom I had contracted to do business.  I won’t name the representative or the company, so please do not ask.  In keeping with my mission of turning complaint into something more positive. I’ll share that I spent a lot of time trying to detail my needs for the company’s employee with whom I did business.  The individual did not wish to meet my needs in the way which worked for me.  Some time has passed during which I tolerated the difficulty.  I’m switching representatives first; and if I receive similar treatment, I’ll switch vendors altogether.

I wanted to reach out to the company itself to discuss the situation.  Blame had been heaped on the distant HQ by the local individual for that person’s alleged inability to meet my needs in an effective way.  Therefore, I wanted to hear from the  headquarters as to whether my needs could be met in a way which resonates with me. I asked the local person whom I should contact, and received a phone number and a department.

I made two calls.  The first reached an agent who clearly had a different view of the delivery of customer service than I do.  I explained that I needed to address discontent and he put me on hold for over ten minutes.  The line went dead.  I re-called, and this time, got what can only be described as a “nice young man”.  He provided a first name and an ID.  I generally protest the failure to provide a surname.  They have mine, after all.  But I’ll take a first-name only if I can ostensibly sort out which “name ending in Y or IE” made promises or assurances.  An identification number works for that purpose.

The young man First Name ID# carefully listened to my concerns.  I tried to phrase them clearly and logically, even calmly.  He asked a few questions, but mostly repeated some of my statements as though to clarify or keep track.  After a lengthy call, he said that  he could make a “verbal complaint” on my behalf.

I demurred.  “I don’t want to complain,” I emphasized.  “It’s not my place to change this individual’s manner of doing business.  I placed my trust in [pronoun omitted] and I feel abused, but I am moving past that now.  Now I want to address the future.  Will I be able to get the service which I need, or should I move to another company?”

My uneasiness increased.  “Honestly, I do not wish to complain.  I just want to know if I can get the situation remedied for the future,” I assured him.  “Will someone call me?”

“No,” he admitted.  “I’m just taking a Verbal Complaint.”  He continued.  “If you want someone to get back to you, then you have to make a Written Complaint.”

“I can’t do anything for you other than making a Verbal Complaint.  If you want someone to call you back, you have to make a Written Complaint.”

I tried not to complain.  But I have ongoing business needs and if this company can’t meet them, I will have to change companies.  I took down the e-mail address to which I have to “make a Written Complaint”, and I thanked First Name ID# for his help.  I told him, with absolute sincerity, that I really felt sorry for him having to work for the outfit in question. I concluded, “You’re better than your employer.”  He thanked me.  We said goodbye.  I sat at my computer and wrote a brief paragraph, referring them to the notes which First Name ID# had promised to take, and asking for a callback.

The entire episode, not counting the many times that I tried to get help from the local agent, took two hours.  At its conclusion, I felt utterly exhausted, mostly from striving to treat First Name ID# better than I believe I have been treated for the last year.  After all, he did nothing untoward.  He and I both fell victim to a soulless corporation which apparently cares absolutely nothing about  its customers.

This not-complaining stuff drains me sometimes.  To soothe my battered psyche, I went to The Joint for a casual meal and heard live music at Mei Wah Beer Room.  I still have the grime of the greedy corporation clinging to my energy, but a good night’s sleep ought to take care of that.

It’s the twenty-eighth day of the sixtieth month of My Year Without Complaining.  Life continues. 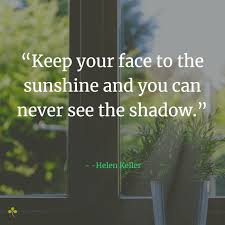