The juxtaposition of rain with the hope of a crimson dawn brings me to the writing loft, where  my window bears an eastward view.  The pattering of raindrops on the steel roof comforts me.  My neighbor’s car engine hums into life.  Beneath me, an alarm begs to be silenced.  I rest my mug on a shelf in easy reach and flex my hands above the keyboard.

I worked until ten last night.  On deck, a brief asserting the right of a man neither biologically nor legally determined to be a child’s father to support her grandparents’ request for guardianship.  We mothers have an easy time of claiming the right to determine our children’s path.   No one can deny the easing of that small body from our own, the detachment of his first best source of nourishment as we greedily cradle him to the second.

But men don’t have that unwavering immutable proof.  The law and society force them to tortured machinations when they desire to bear the name of “father” even as society protests any who shirk the role.  Though we take them to task as a gender for their brothers’ failures, nonetheless, we set a rash of barriers over which they must hoist themselves for the privilege.

Thus has this case become contorted.  A man just wanting to let his deceased partner’s mother and stepfather continue rearing their daughter might have his voice silenced.  He might not be heard because he did his best to parent without benefit of lab findings or judicial fiat.  The irony sickens me.

So I spent half of Friday and far into the evening learning relevant law in this, my adopted jurisdiction. I don’t have a license to speak on his behalf but I’ve contracted with one who does.  She represents the grandparents.  The court has shown a disinclination to accept the father’s nomination of the loving couple to stand in loco parentis.  Failing his testimony, the pair stands on equal footing with competing petitioners from a less desirable branch of the family, folks who have been known to express chagrin at the girl’s bi-racial heritage.

My outrage at this potential emerges as the deepest and most defensible form of complaint.  Does this judge not understand the plight of the fatherless children of the world?  Can she not see the genuineness of this man’s offering?  Does she not realize that he accepted his obligations from the outset, as well as he could, within the context of his own limitations?  He comes to visit.  He buys gifts, and food, and clothing, as often as his earning power allows. He reads with her.  He does homework.  Her mother brought the child to visit him in prison, and took him into their home upon his release.  He never needed to see the paper with the cold stamp of 99.9% or hear the court’s pronouncement.  She calls him “Daddy”.  He holds her hand.  He comforts her.  He calls her “daughter”.

No one speaks for the child, who did not get an attorney appointed for reasons which I cannot comprehend.  The father cannot afford an attorney to brief these late-raised issues.  The task of cobbling together seemingly inapposite cases with helpful languages falls to us mid-trial.  I woke at 5:30 this morning.  I’ve had breakfast.  I’ve energized myself by watching Stephen Colbert interview Michelle Obama.  I’m on my third cup of coffee.  It’s another rainy Saturday so no lovely weather tempts me away.  I take up the batch of printed case law.  A just result lies at the end of yet another tortured road.  And so  I begin.

It’s the first day of the sixtieth month of My Year Without Complaining.  Life continues. 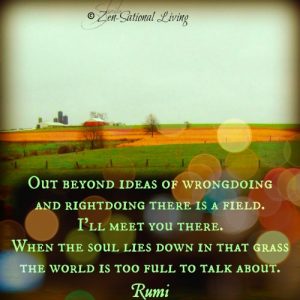 One thought on “Another Rainy Sunrise”