IF DISCUSSIONS OF OR REFERENCES TO FAMILY VIOLENCE TRIGGER YOU,

PLEASE PROCEED WITH CAUTION.  THANK YOU.

I don’t pretend to understand my parents’ relationship even though I have a keen awareness that it defined me in many ways.  I once explained to someone who voiced bitterness for how badly our father abused us that if my mother could forgive him, how could I do less?  That person did not understand my willingness to see through my father’s treachery to his humanity.  I accept their rejection of my attempts to put what happened into perspective, but I still strive to do so.

By the time cancer and medical malfeasance claimed my mother two weeks shy of her 59th birthday, my parents had forged an existence that I consider allowed them a measure of happiness.  My father probably still drank, but it had been a decade since the post-war trauma plunged him into rage.  He did not have a job and had not for most if not all of my life but he woodworked in the basement and kept house after a fashion.  My mother’s income paid their bills.  They took trips and entertained their grandchildren.  They socialized with my aunt and uncle.  Whatever they could make of a life following the bad years, they made.

I visited my father in the days after my mother’s funeral.  Her death had broken him, shattering him into jagged splinters which would never restore themselves into even a shell of a man.  Some say he got his just desserts, following a life in which he visited pain and punishment on his wife and children.  I know more now about that tyranny; and the damage which some of us still strive to heal.  I suppose that I should hate him for what he did.   Perhaps if our mother had been fully aware of the extent of his conduct, she might have murdered him herself.  I don’t know.  I can’t say.

I recently gave my mother’s stereo to my niece Lisa, the oldest of her granddaughters.   Lisa has extraordinary memories of records played for her on that turntable by her Grandma.  I, too, recall hours spent listening to vinyl with my mother.  Most of my memories involve Willie Nelson, whose records we played over and over for my mother during her last illness.

I think my mother wanted to have had a good life with the man for whom she left nursing school months before graduation.  It seems to me that she strove to erase all the harm that he did, and retain the cheerful co-conspirator into which she molded him for what became the last days of their marriage.  I might be wrong about this, but I imagine that she did not want her forgiveness of him to have been offered in vain.  Yet she also understood that she herself had been maligned by him, even beyond the physical and emotional damage that he caused her children or the brutality which he visited on her body.  He failed to treat her in ways that would create a safety net to get her through tough times.  He was a poor guardian of her  heart.  I think she understood that regardless of what he wanted to be, his warped psyche, which I believe came from the terrible experience of war, would not let him.

When asked how I can forgive my father for what he did to us, I try to qualify my forgiveness by limiting my discretion to that which I myself suffered.  It is for others to extend that honor on their own behalf.  As for me, I think my father wanted to do right by me.    I think he wanted to do right by my mother.  I judge that he did not have the strength to overcome the scars on his psyche or pull himself from the dark places to which his nightmares dragged him.

Despite the grimness of my father’s failings, I believe that my mother was always on his mind.  I sat with him many times in the six years between her death and his.  I listened as he lamented. I read his maudlin poetry about her.  I heard what his soul harbored.  I often wish that I had not; but I cannot escape the lessons which his confidences brought me.   I have since learned more about his actions than I knew at the time; and perhaps what I now know might have then hardened my disposition towards him.  I can’t say.  But in the moment, listening to him, and remembering my mother’s gentle request to play her favorite Willie Nelson song “one more time”, led me to a place of peace with respect to my father.

Moreover, I cannot escape my own reality.   In a simpler manner, I have failed some whom I loved.  Though my failures did not take a violent turn, they cut just as deeply.   In many ways, I am not that different from my old man.  But I remain hopeful that I, too, have been forgiven.

It’s the twenty-seventh day of the fifty-second month of My Year Without Complaining.  Life continues. 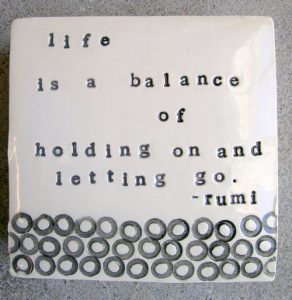 Willie Nelson, “Always On My Mind”

2 thoughts on “Always on my mind”