Lately, I have gotten a bit hooked on watching YouTube DIY shows.  I suppose my fascination stems from whatever longing for change drove me to sell my Brookside bungalow and commission the creation of a tiny house.  Now that I have it, I tinker with its interior, puttering around in delight. I move the pillows, hang hooks, reorganize the kitchen utensils, and plan changes small and large to unfold with the dawning year.

So this is life, or something like it.  My armload of regrets has been heaped on the burning table which I sold to a blended family which had outgrown its own.  The sage fire scorched the surface but I rubbed it with sandpaper before they came to haul it away.  With the wad of cash, I paid some bills and took myself out to dinner, in those long days when I scratched through box after box of two and a half decades in our home.

Tonight I watched a video of the wedding of one of the bloggers whom  I follow.  I thought about the weddings to which I’ve been invited in the last five years, only one of which I attended.  Ironically that one should have been the most difficult for me, since it took place at the scene of my own last crime.  But the joy rose so fierce and fast that I could not be sad.

As the video of this stranger’s marriage ceremony unfolded on my tablet, I tested my gut for the lingering bitterness of regret.  I felt none.  Yet here I am, in a situation which could feel lonely, in the dark of night with a great horned owl hooting overhead.  I didn’t exactly feel happy to be watching someone else’s vow of fidelity, but neither did I resent that this pretty woman found something that apparently has eluded me.  I admired her dress, the poetry, and the flowers.  Then I switched to a news show about the latest sad stalemate in Washington.  I’m calling that progress.

Ever since my last divorce, people I know have been tiptoeing around the details of my situation.  I never even blogged about it, except in vague reference.  About a year afterwards, someone emailed me to ask what had happened.  They wondered why I hadn’t made an announcement.  I couldn’t think of an answer.  Nobody wants to hear about break-ups, at least, not in the open.  Anyone who wants to discuss it will do so behind your back.  I tried to be stoic; to reinvent myself; to be magnanimous and strong.  That particularly held true here, where the entire purpose of the exercise involves upbeat, cheerful discourse.  The result has been that only a small cadre of people know how difficult these last few years have been.

I say all this now for two reasons.  First, to thank everyone who reads this blog for giving me a place to test my resolve.  I wanted to overcome grief.  Forcing myself to articulate life in positive terms helped me do that.  Don’t believe for a moment, though, that lamenting did not take place.

That brings me to my second purpose for raising this subject, which is to say, without qualification, that any of you has my permission to be angry if your life takes an unexpected and unwanted turn.  You do not have to be strong one-hundred percent of the time.  I could not have been.  I lost my mother-in-law, my father-in-law, my husband, my marriage, and my self-esteem all in the space of fifteen months.  I clawed my way back from the precipice.  More than that:  Certain hands quite literally dragged me from danger.  They know who they are.  They know my eternal devotion to them.

If you suffer chaotic upheavals — the loss of a job, major illness, divorce, a loved one’s death — know that you will have moments of terror.  You will not know if you can survive.  Don’t look to me as someone braver than you consider yourself.  I wailed; I screamed; I swore.  Snot ran out of my nose.  Great wracking sobs immobilized me.  My sorry state continued for month after month.  Even as I brazened my way through this entire move to California, I had to bargain with myself to survive.  Compounding that misery, several people whom I hired to help me with various aspects of my move behaved in ways which cost me money (actual money) and pushed me to question my sanity.  They did so in the guise of being people who “specialized in helping women in transition” which I now understand meant “women who are vulnerable and therefore, can be easily manipulated”.  I don’t mean that as complaint; far from it.  It’s just a fact.  A certain category of people take advantage of others when they need help the most.  I found several of that type, and in my pain did not recognize them.

But I made it through the ordeal.  You can too.  Let yourself grieve though.  Maybe don’t try to blog about living joyfully — I laugh!  Believe me, any day you didn’t see an entry from me probably challenged me so much that I couldn’t bring myself to write a single word lest lamentations spew from me along with the vomit that I had to choke back on some of my most terrible days.

I’m here to tell you, then, that if I can survive, you also can.  Find yourself a new road to walk.  You might  be taking it alone, but you can get assists now and then.  Stop along the way for tea with your best friends.  Allow yourself to nibble on chocolates.  Carry a clean handkerchief and a well-written novel or a pack of magazines — something to read when you have to stop to rest but know you won’t be able to sleep.

My mother’s mother, Johanna Ulz Lyons, used to tell us to put our best foot forward.  You do that too.  Don’t worry if you stumble from time to time.  We all do.  Even if you hit the ground, skin your shins, bruise your bottom, just haul yourself back onto your feet and take that next step.  I remember falling on the basement floor of my old house, late one night shortly after my husband moved out.  The cold of the concrete seeped into my bones.  I didn’t think i could rise.  But I did.  You will fall.  You will doubt yourself. You will be tempted to collapse, to stop trying. Then one day, you’ll be sitting in your own house, and your own great horned owl will be calling to its mate across the meadow, or you’ll hear the low, long whistle of a passing train.  You’ll realize that you made it through a terrible time, just as I realized tonight.

There will be other days when you don’t feel quite so steady, so accomplished, so composed.  Believe me, I have those even now, five years after my separation, four years after my divorce.  Eventually, the good days will outweigh the bad.  Whatever you found hardest to stomach will be less so, until one day you forget that it ever bothered you.  Or perhaps, it will bother you still, but it won’t bother you that it bothers you, if you get my drift.  Like accepting that you don’t like snakes.  I don’t like weddings.  I understand why.  I accept my reaction.  I let myself off the hook.  Whatever it is that you find difficult to bear after whatever awful twist of life you endure, give yourself that space.  Don’t drive down that street, or go to that restaurant, or call that office, or wear that dress.  It’s all right.  Just in case you can’t bring yourself to authorize the foible, allow me to do it for you.  I give you permission to be as human as you need to be to get through the darkness so that you can emerge, one day soon, in the full glorious dawn of healing.

It’s the twenty-third day of the sixty-first month of My Year Without Complaining.  Life continues. 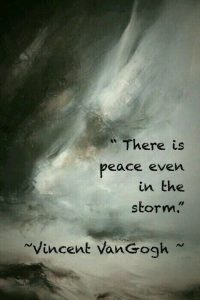