Everybody and everything deserves at least a second chance.  Today, I’m giving macaroni salad a second chance; and taking you with me just for the sheer fun of it.

Make the macaroni and house-made mayo the night before you plan to serve the salad.

I started with a box of Barilla’s GF elbows.  I’ve found that this brand comes out almost identical to the regular stuff. I serve it and don’t tell folks that it’s gluten-free.  I made about 3/4 of the box, though I could have made the whole box. 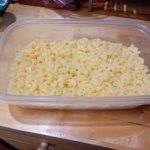 I put mine in the container in which I intend to bring it to the First Annual G-Row 4th of July picnic!  I chilled it overnight in the fridge!

Then I made a version of home-made mayonnaise.  Please note:  consuming raw eggs might be hazardous to your health.  I varied this recipe by using Bragg’s Vinegar, organic bottled lemon juice, grapeseed oil, and sea salt.  Pictured here: 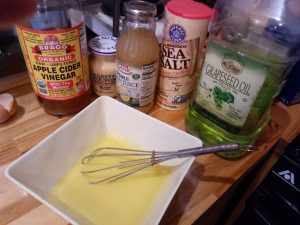 The directions said to whisk for eight minutes after adding the second half of the oil at a slow drizzle.  I didn’t want fluffy mayonnaise because I intended to dress the macaroni salad with it. I stopped when it was thick enough for government work.

I put the dressing in the fridge and called it a night!

This morning, notwithstanding a water leak in the park, I got to work on the rest of the salad.

My additives included diced celery, diced tri-color peppers (like Nigella Lawson, I abhor green peppers), sweet pickles, and green onions.  I added jarred sun-dried tomatoes for the zest that I would have liked from good black olives, which my grocery store does not always carry. 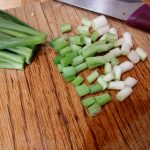 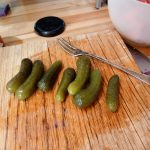 For this recipe, I used mostly the white and firmest light green part of the green onion. The upper part can be saved for a salad.

As for the pickles, sweet midgets!!!! 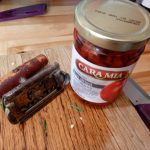 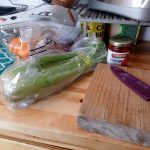 Celery and tri-color peppers to be diced on the cutting board which my father made from a ring of my nephew Eric’s apple tree.

Sun-dried tomatoes in oil will be opened by the antique jar opener which my son found years ago at a garage sale!!!

Once everything is diced, add it to the macaroni.  Then add the house-made mayo or a 1/2 cup of a good jar mayo of your choice if you decided to skip yesterday’s prep work.  With a 1/3 cup addition of more vinegar (again, I used Bragg’s because that’s how I role), salt, and pepper, you get to mixing! 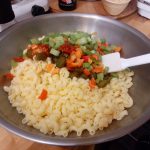 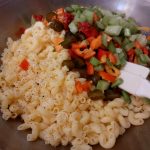 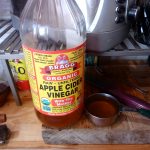 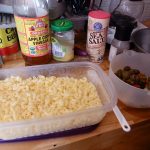 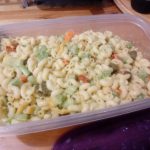 After I had everything mixed, I decided that the salad need something more. . .So I mashed an avocado with 1/4 cup of the lemon juice, and made an additional “dressing”.  Sprinkling a little more sea salt on it, I finished the job — and called it Macaroni! 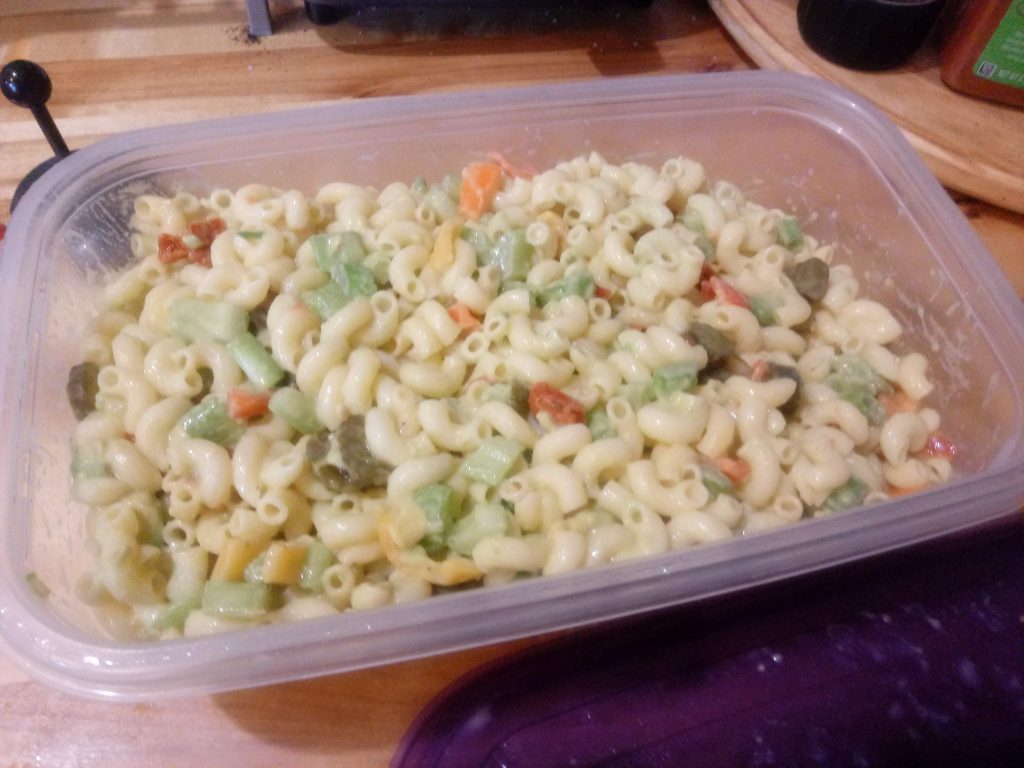 It’s the fourth day of the fifty-fifth month of My Year Without Complaining.  Life continues.

Not finding a video of Shirley Temple singing “Yankee Doodle Dandy”, I have to be content with this equally iconic one by James Cagney.  Enjoy.