I come from a long line of mothers with complicated relationships involving their fathers or the fathers of their children.

My great-grandfather Conrad Ulz blew off his trigger finger to escape serving in the war in Austria.  He faced jail or the choice to emigrate, and thus decamped to America.  He left behind the mother of his children and those of his children by then already born.  They later followed him.  I’ve often wondered how his stark choices impacted his eldest, Johanna, who became my grandmother.

Johanna married Delmar Lyons, a Syrian man, in an era when women still stayed at home.  Men worked and sat silent behind their newspapers at the table waiting for supper.  But Delmar’s business failed in the Depression.  Johanna went to work and became a vocal presence in the household. Ultimately, they presented as equals, at least in my view of them.

Their oldest daughter, Lucille Johanna Lyons, married a handsome Irish boy from St. Louis, Richard Corley, just recently discharged after combat duty in WWII.  She must have thought his charm showed promise, because she quit nursing school to become his bride.  But he turned into a violent alcoholic.  Despite bearing eight children, she worked from early in the marriage.  She died too young, of misdiagnosed cancer which metasticized before it could be properly treated.  Her husband, my father, outlived her by six years, falling into physical ruin.  He suffered a heart attack on the floor of a McDonald’s bathroom on the way to my son’s baptism.

My son’s father had never wanted to serve in that role.  He had been married; and a child that they wanted had died, leaving him afraid to love another infant.  He resented my pregnancy.  Though he paid child support, he never saw his son and still has no relationship with him.  I’ve spent twenty-seven years trying to compensate for that absence.

I do not write these words by way of complaint.   I understand that every human being has limitations.  My great-grandfather, whom we called Dad, passed away when I was four or five.  My grandfather survived my mother by four months.  My father died in 1991.   As far as I know, my son’s father still lives.  Each of these men did some good for their children and the mothers of their children.  Though the harm inflicted by my own father certainly outweighs the good, still, I would rather kindle the flicker of loveliness than fan the flame of evil.

Along the way, I’ve known some amazing fathers.  My brothers Mark, Frank, and Kevin come readily to mind.  I’ve known many other men who took to the role of father with gusto.  I would numb my fingers if I named them all.  I’d run the risk of forgetting a few who deserve commendation.  I’ll acknowledge them all in one fell swoop:  Good on you, guys!

Someone mentioned Father’s Day to me last week.  I gave my usual glib reply.  “We’re fresh out of fathers at my house,” I said, and kept walking.  I did not want to see the stunned look on the person’s face.  I realized that for people with husbands who walked beside them during pregnancy and the stroller phase; and fathers whom they could take to school dances without fear of embarrassment, Father’s Day makes sense.  But for some of us, it’s a complicated social ritual.

But for the many fabulous fathers, I pause in my Sunday morning to voice gratitude for everything you do for your children and for the other parent of those fortunate babies.  The world needs you.  The children need you.  Happy Father’s Day.  You deserve my unqualified praise, and you have it.  Thank you.

It’s the seventeenth day of the fifty-fourth month of My Year Without Complaining.  Life continues. 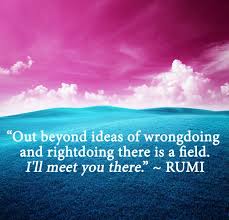 One thought on “A Long Line of Fathers”