Take a deep breath.  Pour another cup of coffee.  Wiggle into your most comfortable chair. Compose your mind.

My father told the story of naming me one afternoon when we stood next to each other at his work bench.  My father made a lot of abysmal choices in his life.  He beat his wife and children. He drank too much alcohol.  He let himself fall into an impoverished state, leaving his family to fend for itself.  He never pulled himself out of that misery.    Until his last days, he remained a broken man whose wife, who had died six years earlier, supported him even from the grave.

But he could make things out of wood, tinkering for hours downstairs in the silence of our basement.  Regardless of my ambivalence towards him or maybe as part of it, I hold fast to my fond memories of hours spent in the workroom which he had created after we tore the coal room out. (I’ve written about that coal room elsewhere; the memory of it causes me to shudder.)

His creativity had limits.  He didn’t like to do finishes or to paint.  Few carpenters do.  He sometimes chose inferior woods, probably due to not having the money for better grades.  He let items go to their intended recipients with cracks or misshapen holes; I never knew whether he saw those flaws and didn’t mind them, or just made mistakes that he didn’t perceive.  I’m sure he used his power tools while drunk, which could account for a lot of the imperfections.

I stood on a small bench, called a “schomely” (t’s an Austrian word for which I’ve never found an acceptable spelling) to “help” my Dad.  I know my relationship with my father carries complicated emotional memories.  The children of abusers struggle to resolve the good feelings mixed  with fear when recalling their childhoods.  But those times in the workshop gave me memories that I appreciate.

During one such time, my Dad told me that he and my Mom had disagreed about my name.  She wanted to call me “Mary Kathleen”.  He favored “Bridget Corinne”.  Eventually they compromised with “Bridget Kathleen”.  After my birth, so he said, he and the wife of the owner of the bar where he drank wrote the various permutations of the four names on a cocktail napkin. He decided that “Mary Corinne” looked better with “Corley” than “Bridget Kathleen”.  He claimed to have gone back to the hospital without telling my mother, persuading the clerk to discard the original paperwork and essentially rename me.

Later in life, “Bridget Kay” became my pseudonym.  I used it for writing the virtue of which I was not entirely sure.  Would people like it?  Stamp a fake name on it and see.  I gave that name to men in bars and to strangers in stores.  When I got online, I used it for dating sites.

Bridget Kay had a Facebook page before I did.

This morning, Facebook notified Bridget Kay that 72 people had not heard from her in a while.  It urged her to sign into her page and let people know how she fared.  I sat at my lovely fold-down live-edge table, looking out of my four-foot bay window as the sun rose over the harbormaster’s RV and my weeping willow, now in full leaf, verdant and beautiful.  I tilted my head so my good ear could hear the birds greeting the fresh day.   Their song filtered through the open upstairs window, wafting through Angel’s Haven with the slight nip of the cool morning air.

If I could remember Bridget’s passwords, I would post this status on her behalf:

Today, the body which carries me through life aches a little.  Its heart wobbles.  The legs on which it walks through life strain against the rawness of the broken electrical signals flitting through their nerves.  Pesky viruses lurk at the cellular level and periodically erupt in various annoying symptoms.  On Thursday, salty water leaked from those fading eyes as that body drove around Lodi, irritated, frustrated with bureaucracy, worried, lonely.  But as the sun eased itself higher in Friday’s sky, on balance, the brain and the heart had become refreshed by a night’s sleep surrounded by soft spring air.  Boundless zest for life in northern California had returned.  On balance, I can report that  I remain one step ahead of mere survival, even though I sometimes have to struggle to assert myself over the morose personality with whom I share this body.   She’s the one who dragged us out here, though; and that’s one of the best decisions that she’s ever made.   I’m calling that a win.  Check back in a few years.

Bridget Kay never actually complains about anything.  She reports her occasional setbacks then shrugs, smiles, and keeps going.  She’s always been my better half.

It’s the very last day of the fifty-first month in My [amazingly long] Year Without Complaining.  Life continues. 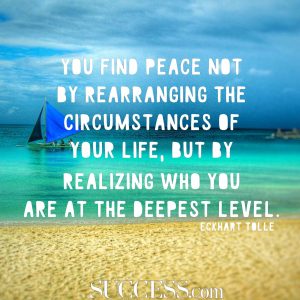 One thought on “Split Personality”