My sister Ann calls “thank-you cards” the last bastion of a civilized society.  The other day, scrolling through social media, I read many posts of the “count your blessings” variety.  I got to thinking about the ways in which I’ve been fortunate.  Then I chanced to see one of Jimmy Fallon’s sketches from the early days of the pandemic during which he broadcast from his home.  His humorous and often sarcastic expressions of gratitude triggered one of my more bizarre late-night solitary ruminations. Hence, my “thank-you” cards for today.

Thank you to the Iranian gentleman who rammed his VW into my left leg, sending me hurling into the air and thus crashing down onto his hood in a spinning ball, into his windshield, and forward 82 feet onto the pavement, for teaching me to appreciate that not one drop of my blood shed upon the street and I only suffered a crushed right tibia.  Because of you, I will forever remember the celestial being who greeted me at the peak of my launch, gently pushed me back into my huddled body, and told me that my time had not yet come.  In the intervening 39 years, I’ve learned to appreciate gradations of injury and misfortune in ways that I could not have envisioned.  So, thank you.

Thank you to the lady with whom I worked at Incarnate World Hospital in 1973, who volunteered to give me a ride home after shift for a few months, and then stopped doing so because I remained silent for most of the  drive.  “You don’t seem appreciative,” her disembodied voice intoned over the phone.  As I replaced the receiver, I thought about my inability to find a common topic of conversation as a freshman in college carpooling with a lady in her forties.  Because of that lady, I have spent most of the last four decades probing the art of drawing someone out in conversation.  I have not perfected the practice yet, but I would never have started if I had not had to scramble for another ride home.

Thank you to three boys from my Catholic grade school in Jennings, Missouri who decided that imitating my spastic gait from ten or twelve feet behind me on West Florissant Avenue would be a perfect way to waste their precious hour between the end of the school day and dinner-time.  While it’s true that you contributed to the overall demise of my youthful self-esteem, you also taught me the opposite of what you displayed.  From your daily ridicule of me, I learned that the greatest gift we can give each other lies in our ability to accept that none of us will ever be perfect.  As you mocked me, I started challenging societal norms and expectations of women.  Some would say that I ultimately made myself less attractive to the male species, but I counter their criticism by the gentle acknowledgment that the average American male does not want someone like me, anyway.  Although it took me another fifty years to admit this, I like myself just the way I am, lily white spastic legs and all.

Thank you to the lady in Berbiglia’s Liquor Store in Brookside, Kansas City, Missouri, who chastised me for holding my squirming toddler against the check-out stand to prevent him from knocking over a second display stand.   You thought I was a terrible mother.  You accused me of child abuse.  I turned my weary eyes toward you and offered to let you babysit my child while I went to a Christmas Eve gathering for the hostess of which I had stopped to buy a bottle of wine.  The cashier took my check and told me not to worry about the merchandise which my child had damaged.  “Merry Christmas,” she said.  The people behind you applauded that clerk and told you to leave me alone, I was clearly doing the best that I could.  In the twenty-eight years since that evening, I’ve questioned many of my choices as a parent but I have never forgotten your accusations juxtaposed with the cashier’s kindness and the heartfelt defense tendered by the other customers in the face of your indignation.

I study the virtual stack of cream-colored thank-you cards with their matching envelopes, and the invisible fountain pen with its blue-black ink as Miss Manners dictates.  I do not have the energy to express appreciation for all of the adversity which I have experienced; the lessons which those tribulations taught; and the comparative virtue of times following those arduous happenings.  But all of that devilment brought out the qualities on which I now most heavily rely:  Endurance, persistence, empathy, compassion, humility.

I still have miles to go before I can sleep easy knowing that I’ve made myself into the best version of Mary Corinne Teresa Corley.  Certainly, much of my growth owes itself to the goodness of gentle people who have embraced me over the years.  But much of my evolution arises from the people who spat on me, of which I can promise you there were many.  Marshall Rosenberg would say that such behavior tragically expresses unmet needs.  I tend to agree, having devolved into such behavior myself with sufficient frequency to recognize the correlation.  So to those people who tragically expressed their unmet needs to my detriment, forcing me to grow as a human being in ways that I might not otherwise have accomplished, I send my thanks.  But I also send the fervent hope that somewhere, somehow, since then, you’ve find a way to meet those needs and made your own stumbling way to peace.

It’s the twentieth day of the ninety-second month of My Year Without Complaining.  Life continues. 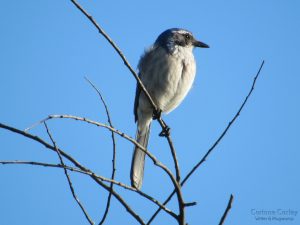 Taken in the California Delta.

One thought on “Thank-You Cards”