I tried to make a one-eyed Egyptian egg today.  Though I made a few technical errors, I enjoyed the taste and remembered my mother with each luscious bite.  I used the good brown bread which Sally brought for our shared lunch yesterday, and a cage-free, pasture-raised brown egg from Sprouts in Lodi.

My mother made this dish from Wonder bread and cheaper-by-the-dozen eggs from Bettendorf-Rapps.  I’d stand on the wooden stool which she painted green in later years, with some left-over paint the way everything got treated back then.  She let me tear the hole and eat the little nugget of squishy bread.  Into the pan went margarine and then she laid the bread down, cracking the egg to simmer in the hot fat.  With a deft movement of her wrist, the treat got flipped so the yoke would cook.  I sat in the breakfast room and sprinkled salt all over the plate before piercing the delightful egg and letting its yoke run.  I never had anything so wonderful.

Sally and I have nothing in common and yet, we have become close.  I met her last year when she and her husband Bill spent eight months in the Park where I live.  She hales from back east; has Conservative, Christian views; and moves comfortably within the broad, beautiful parameters of her lengthy marriage.

We dined on my 8 x 8 deck.  I set the table with a cloth of my mothers and napkins which, truth be told, belonged to my ex-husband’s first wife.  Hawks flew over head.  Her dog Buddy and two pups that she’s minding for her daughter sprawled in the sun-drenched meadow.  An early fog had lifted by mid-day, leaving behind a cloudless blue sky which on its own provided an excellent justification for continued enthusiasm.

Sally and I shared heart-felt conversation, sitting for hours, until we finally realized that she had to go if she wanted to get over the Antioch bridge before dark.  She embraced me before bundling the dogs into the backseat of her Jeep and gliding away on the gravel road.  I stood on the porch for a long while.  The chilly air did not discourage me.  I felt the warmth of Sally’s arms around me.  I thought about my mother, with whom Sally also has little in common — except that both were daughters; and mothers; and friends; and strong resilient women who, for some inexplicable reason, chose to love me.

It’s the seventeenth day of the seventy-first month of My Year Without Complaining.  Life continues. 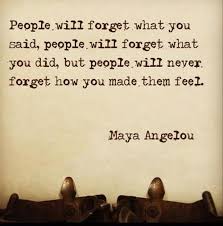